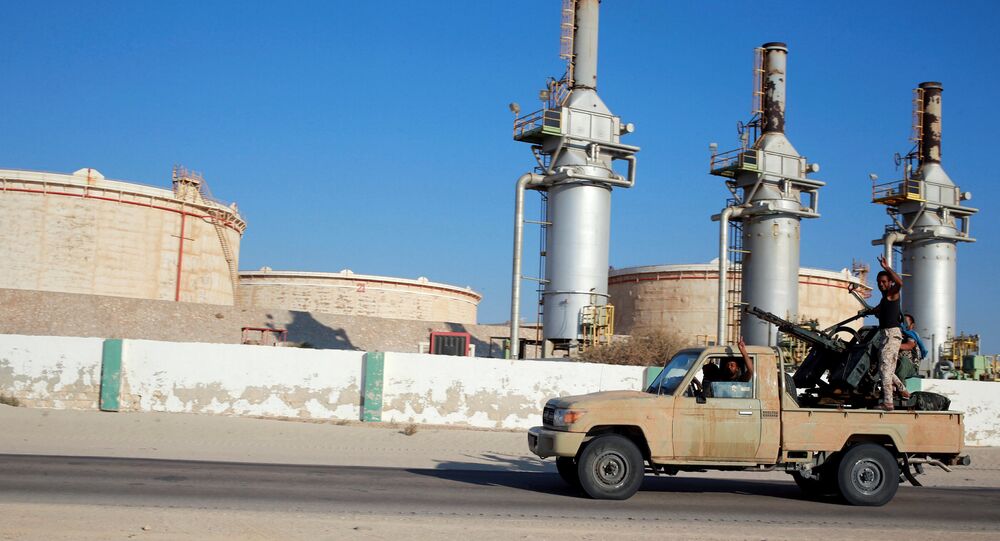 Libya: Should We Expect Oil-Well Reactivation?

Libya's National Oil Corporation announced on Sunday the reactivation of the country’s largest oil field, El-Sharara. Meanwhile, a group of unidentified armed men broke into the site on Monday, demanding an immediate halt to production.

And now questions arise - should we expect a gradual re-activation of the remaining fields and who is trying to prevent oil field production? And how have representatives of the Libyan tribes, which initiated the freezing of oil production, reacted?

According to Al-Senussi Al-Haliq, deputy chairman of Libya's Supreme Council of Tribes and Libyan Cities for Gas and Oil, the resumption of work on the field was illegal and should be closed again.

"The National Oil Corporation tried to persuade oil companies to resume operations in the field, but tribal representatives stopped its work again", he said.

As to attempts to reactivate the field, he continued:

"This is a matter that falls within the competence of the Libyan tribes, not the LNA, the GNA or any other force. Therefore, we will block any attempts to open the production – let alone by force."

Commenting on how to cover domestic needs when fields are mothballed, Al-Haliq indicated that some small refineries are operating but only for the domestic market.

"For this purpose, under the auspices of the National Oil Corporation, there are production facilities in Brak and Tobruk. These refineries work only to cover the domestic needs of Libya's regions", he said.

At the same time, Al-Haliq added that all export operations have been stopped completely.

For his part, Mayor of the Municipality of Kufra, Muftah Abu Khalil, recalled that the deposits were mothballed at the request of the Libyan tribes and should be opened after the list of their demands is fulfilled, but that has not yet happened.

"The decision to re-open fields can only be made by representatives of the tribes that have closed them. Their list of demands has remained unfulfilled", he said.

However, Libyan economist Suleiman al-Shahumi believes that the resumption of fields in south-western Libya, among which is El-Sharara, will not bring serious benefits at this time and can only exacerbate economic problems.

"The point is that only one-third of Libya's oil reserves are produced here. It's not that much. Given the fact that the hostilities have not ceased, political stability is not yet expected. The world oil market is in crisis. Under these circumstances, there may simply be no way to pay salaries to field workers, and the job will be at a loss. Therefore, the current state of affairs is not conducive to the reactivation of facilities", he said.

According to Libya's National Oil Corporation, El-Sharara oil field was reopened on Sunday. Production was not expected to exceed 30,000 barrels per day in the first stages, but within 90 days it should have returned to its previous levels.