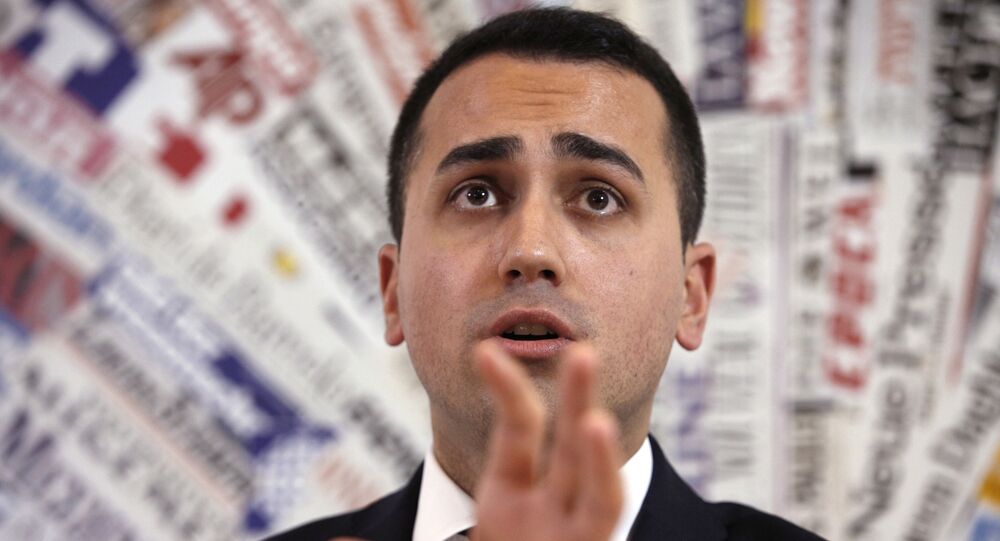 Italy's Foreign Minister Luigi Di Maio is visiting Athens, where together with his Greek counterpart Nikos Dendias he signed an agreement on maritime boundaries in the Ionian Sea between Italy and Greece. During the visit, the ministers also discussed tourism flows between the two countries in the post-pandemic period and more.

Francesco De Palo, a journalist and expert on Greek issues and the director of mondogreco.net, has shared his views on the matter.

Sputnik: How will the new EEZ delimitation agreement affect the fight against illegal migration? Can it be considered an anti-Turkish gesture?

Francesco De Palo: First of all, the agreement aims to introduce Italy as a player in the energy sphere, as it was active during the construction of the EastMed pipeline but was not at the forefront. The main part of the "team" is represented by Greece, Cyprus, Israel and Egypt, and they really act in an anti-Turkish way. This deal is initially aimed at eliminating the failure of Italy. Let me remind you that there is a field on the border between Salento and the Greek coast of the Ionian Sea, which until yesterday was claimed by Greece. However, looking at the map, any novice will notice that it is located exactly between the two countries, and therefore an agreement on joint exploitation was necessary.

The important thing about the Turkish side is not to gang up against someone or together with someone; it is to have a vision. Unfortunately, Italy is not a farsighted country on the energy issue; Greece, on the contrary, is making up for it and has been brilliantly establishing contacts, conducting negotiations and forming political alliances for two years.

The agreement is linked both to the issue of the fight against illegal immigration and to the major issue of the consequences of the Libyan situation, thus affecting a significant player such as Turkey.

Prospects of the Agreement

Sputnik: What prospects will this accord offer?

Francesco De Palo: Signing a deal is simple; the difficult thing is to provide it substance and meaning. In my vision, the countries have two paths to follow. For Greece, it is a confirmation of an alliance with Italy. It is a natural state of affairs, and it would be strange not to extend it.

Here we can mention the Tempo Forte Italia-Grecia 2018 programme, initiated by the Italian Embassy in Athens. The agreement also represents a great opportunity for Italy if it succeeds in its implementation.

© REUTERS / ALKIS KONSTANTINIDIS
Greek Prime Minister Says EastMed Pipeline Not Aimed Against Third Parties
Furthermore, the agreement also indicates that the EU has no common position on Libyan and energy issues. Once again, the EU does not follow one of the key principles. Today everyone is talking about a banking union. However, before talking about debts, the Union needs a common policy.

I am not sure that the migration issue will indeed be resolved; I am extremely pessimistic about it. A bilateral agreement alone will not be able to redress the dramatic migration situation in the Horn of Africa. Turkey has opened its borders and for the last 10 days, it has been trying to take away part of the 16 acres of Greek territory, taking it out on Greece, which is trying to build a wall to avoid a one-month-old situation.

Recall how buses of migrants arrived from Turkish territory under the agreement signed with Brussels. And the European Union still has no common strategy.