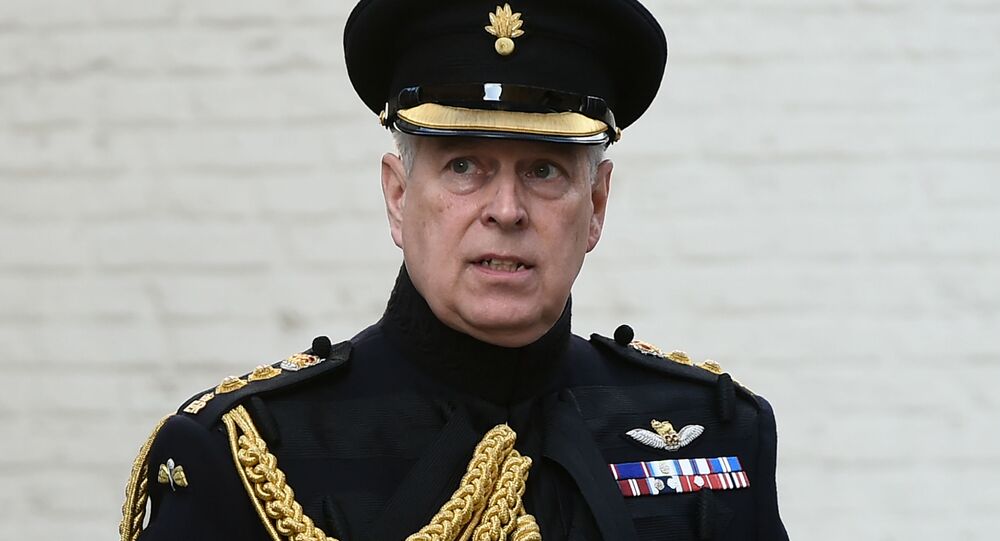 The US attorney general, William Barr, has ruled that Prince Andrew won't be extradited for questioning over his links with late paedophile financier Jeffrey Epstein. In an interview with Fox News, Barr confirmed that there were no plans to make a formal request for the Duke of York to be handed over to US authorities.

Journalist and political commentator Ollie Richardson has shared his views in this interview.

Sputnik: Firstly, are you surprised by this ruling from the US attorney general and can we expect to see Prince Andrew work with authorities in the US voluntarily?

Ollie Richardson: I am not surprised whatsoever by the US judicial system’s decision. In essence, what's happening now is one big cover-up, because the rabbit hole which has been unearthed by the jailing of Jeffrey Epstein and then his suspicious death - this rabbit hole goes very, very deep. Especially the British monarchy, certainly, does not want to see Prince Andrew extradited to America, because that would be a PR disaster that is impossible to reverse.

I'm not surprised whatsoever. I think that the globalists that really control America and control Britain will make sure that Prince Andrew is protected and that he will be given a safe way out and also his public image will be managed in such a way that he will not look like someone guilty, but just someone who's accused - and there's a difference.

Sputnik: The prince’s legal team yesterday announced that Andrew had volunteered to work with US state officials in the Jeffrey Epstein investigation, contradicting claims from Washington that he hadn’t. What does this represent, in your eyes? Which party is at fault here and who’s telling the truth?

Ollie Richardson: Buckingham Palace is implementing a very detailed PR plan to save face, to protect the monarchy and to also prevent Prince Andrew from being prosecuted. His statement about maybe volunteering to help is another way of saying, "I'm not guilty, but I really think that abusing women and paedophilia is something bad, so I'd like to help to try to combat that" - which in reality is just not the truth.

Any statements made by Prince Andrew about volunteering to do this or that are not worth anything. It's just "blah, blah, blah" for the media and to make him look like someone who will cooperate because he has the best interests of the victims at heart. It is nonsense.

Sputnik: Is there anything significant about the timing of this story, particularly after last week’s surprising Madeleine McCann update?

Ollie Richardson: The timing might not be anything deliberate by someone, but we can say for sure that the case of Prince Andrew and Madeleine McCann is more than likely to be related, because there does seem to be a problem in the UK with things like paedophilia, with children who go missing, and with high profile people being implicated in very, very serious cases.

© AP Photo / Koji Sasahara
US DoJ Files Request to UK Home Office For Prince Andrew to Testify on Epstein Case, Report Claims
In general, at the moment we have Trump who seems to be leading a battle against the British monarchy because they represent more globalist ideas and he represents more nationalist, should we say, or anti-globalist ideas; so there just seems to be a clash there. In general, the West is becoming more and more fragmented in terms of the liberal bloc that has existed for a long time now. It's becoming more and more atomised and different parts of this liberal bloc quarrelling with other parts of the bloc. I think over time, more and more things will come out, but I don't imagine anything will happen to Prince Andrew; he will not be jailed or anything like that.

In terms of Madeleine McCann, again, it does look very suspicious how that has dragged on for so long and there's been no real progress made in that case. It looks again like a cover-up and really, I don't think this is a coincidence that someone like Prince Andrew is implicated in paedophilia and there are children who are missing; there were already existing rumours and things about the royal family. It's all very suspicious and it really puts a very black mark on British society and British culture. It's really very sad and just terrible and I hope that some form of justice does come, but I'm sceptical all the same.