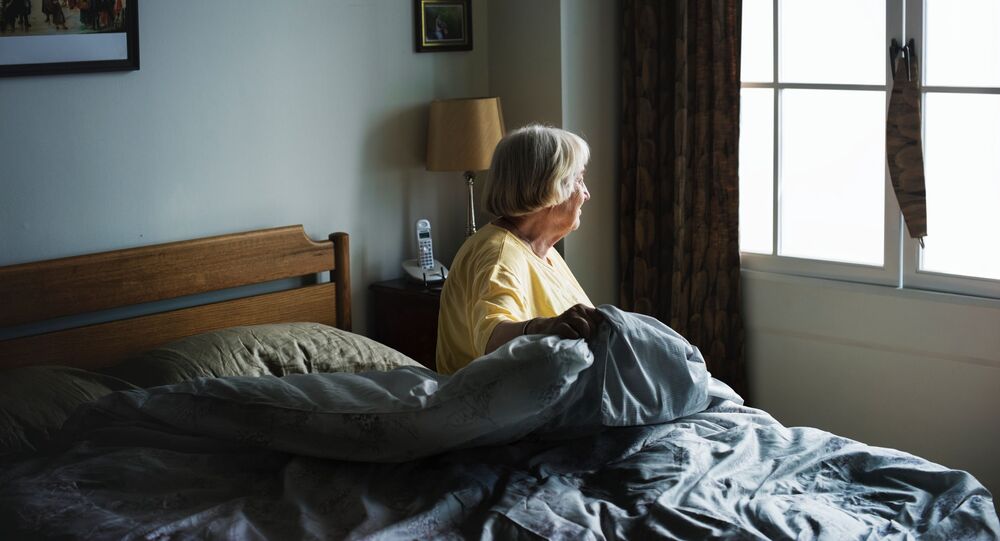 Despite Swedish health authorities' assertions that the COVID situation is largely under control and that the country's strategy has proven "good", the total number of deaths tells a different story, says Swedish medical doctor Jon Tallinger, explaining why over 90% of those deceased are elderly Swedes.

Sweden's chief epidemiologist Anders Tegnell deems that Sweden's way of handling the coronavirus pandemic was "right", admitting, however, that the country failed to protect its elderly.

"We knew that group was very vulnerable and that we would have a high mortality rate if they were infected", he said in an interview with the Swedish newspaper Dagens Nyheter earlier this month. "But we didn't know that the infection would get in so easily and be so extensive".

As of 9 June, Sweden's COVID-related death toll amounts to 4,717 people, according to the Johns Hopkins Coronavirus Resource Centre. More than 90% of those deceased are Swedes over 60 years old, with the highest number of deaths being among individuals in the age group above 80 (over 66%). As the Swedish National Board of Health and Welfare confirms, 50% of elderly fatalities occurred in the country's nursing homes, while another quarter received home help services.

Meanwhile, the Swedish Intensive Care Registry's data indicates that of 2,248 coronavirus patients who have so far received treatment in intensive care units (ICU), only 108 (or 4.8%) have been those aged over 80. One might wonder as to why the most vulnerable group has received the least care.

Jon Tallinger, a Swedish general practitioner (GP) and human rights activist, has an explanation for this: according to him, the country's authorities have knowingly abandoned old Swedes.

"A lot of elderly in homes for the elderly are denied basic healthcare when they get sick. They are not sent to the hospital when sick, and are offered morphine instead of oxygen when they are suffocating", he says, highlighting that patients aged 60 and above with multiple conditions as well as patients aged above 80 have been denied ICU care, while at least one third of nursing homes have COVID-19 cases.

The doctor reveals that in accordance with official directives, elderly patients with COVID symptoms, such as difficulty breathing or shortness of breath, are not forwarded to hospitals for intensive care with potential oxygen treatment, but are included in palliative care and prescribed morphine. Thus, a document issued for physicians at Karolinska University Hospital in April claims that intensive care is not required for people with a "biological age over 80" or for those above 60 with multiple conditions.

Likewise, a directive of the Swedish National Board of Health and Welfare for Region Gävleborg dated 17 April 2020 reads that those with "high biological age and a high degree of morbidity" are "not relevant for intensive care". It continues to say that "oxygen therapy is not relevant for palliative or curative care of COVID-19 patients in nursing homes or special accommodation", asserting that "opioids provide better symptom relief [for the elderly] than delivery of oxygen".

That's not the case, the doctor argues, since morphine further complicates the absorption of oxygen and eventually accelerates asphyxia, thus leading to the death of a COVID sufferer. Tallinger is not the only doctor who has raised a red flag over the lethal side effects of opioid treatment of coronavirus patients: speaking to the TV4 broadcaster on 11 May, Swedish Professor of Geriatric Medicine Yngve Gustafson confirmed that by administering palliatives, such as morphine and midazolam, to elderly patients with COVID symptoms, "one quickly suffocates [them], because both drugs deteriorate breathing".

Swedish Health System Was Already In Crisis Before COVID Pandemic

However, the situation is far more complicated, according to Tallinger.

"Sweden has a strategy of herd immunity which is doing nothing. The result is that there are many more dead per million than any other country. Sweden had no pandemic plan at all. We have the least hospital beds in Europe and the healthcare system was in crisis before COVID-19", the doctor says, recollecting that in 2017, Sweden had 2.22 hospital beds per 1,000 people and 5.8 ICU beds per 100,000.

In addition, the pandemic exposed a striking lack of protective gear in the country's hospitals. According to the doctor, it is no coincidence that Swedes are not being asked to wear masks, when nursing home staff are not asked to wear protective gear to protect the elderly – in fact, there is not enough personal protective equipment (PPE) in national storage.

In March 2020, Dagens Nyheter reported, citing healthcare employees, that protective equipment such as respiratory masks were running out, with the actual numbers of affordable PPE being shrouded in secrecy.

A survey conducted by the Swedish newspaper indicated that 11 regions in Sweden had admitted that a lack of PPE, relevant equipment, as well as staff shortages posed a significant challenge amid the pandemic. Citing anonymous sources working in ICUs, the media outlet also cited shortages for advanced heart-lung machines, extracorporeal membrane oxygenation machines (ECMO), and drugs, including two types of antibiotics used in treating pneumonia – which is a frequent complication of COVID.

Aftonbladet raised the alarm over the lack of PPE on 25 March, while on 16 April the newspaper published a story that under different circumstances would have sounded "like a 1 April joke" about how raincoats from amusement parks were being used to protect medical staff at several Swedish hospitals against the coronavirus.

What is being called a "coronavirus strategy" is in fact a disguise for Sweden's unpreparedness for a health crisis, with the elderly being the first to suffer, according to the Swedish doctor.

Despite the government and state media's efforts to downplay the calamity, it's difficult to conceal the emerging problem, which prompted Swedish prosecutors to launch an investigation in early May into an elderly care home in Stockholm where the spread of the coronavirus resulted in the death of over a third of its residents, according to Bloomberg. However, Tallinger calls for a broader inquiry by the World Medical Association into how the Swedish government and Public Health Agency have handled the coronavirus pandemic.