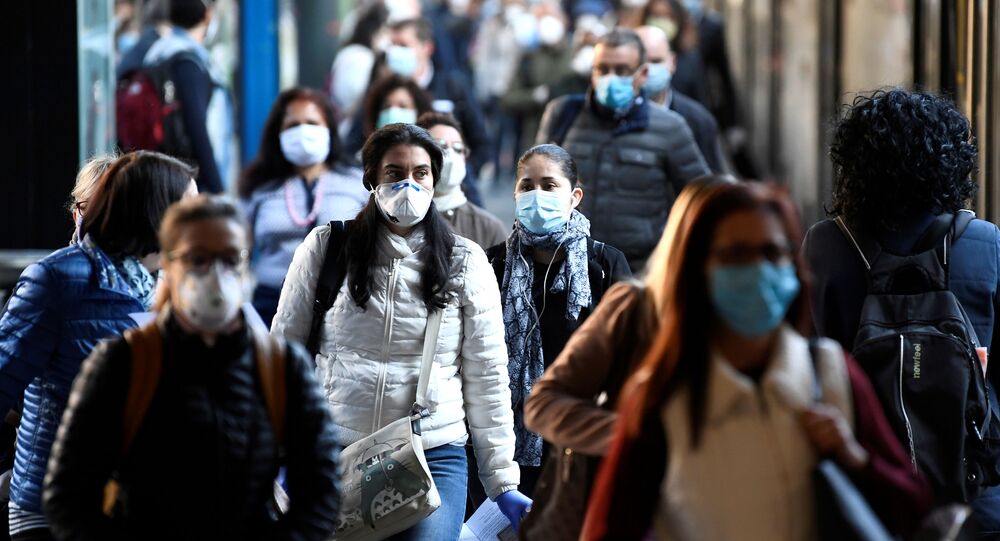 Italian Politician: 'Italy is Not Hotbed of Virus Nor Are Italians Carriers of Infection'

Starting 3 June tourists from the Schengen Zone and the UK will be able to travel to Italy without a mandatory 2-week quarantine. However, some countries in Europe, including Greece and Germany, are not rushing to receive Italian tourists.

Italian Foreign Minister Luigi Di Maio has announced official visits to Germany, Slovenia, and Greece in the coming days: "At these meetings I will explain to my colleagues that Italy is ready to receive foreign tourists starting 15 June, and that we will act with the utmost transparency. The internal situation and all the data on those infected will always be public. We don’t accept the fact that we’re blacklisted; we have nothing to hide. On the contrary, we have always acted responsibly and transparently and will continue to do so".

Sputnik has discussed the issue with Marta Grande, Chair of the Committee on Foreign and EU Affairs of the Italian Chamber of Deputies.

Sputnik: On 3 June, Italy is opening up to the Schengen countries and the UK without a mandatory quarantine, but the Old World isn't reciprocating. Some countries such as, for example, Austria even continue to call Italy "the hotbed of the virus". What would you like to say regarding these unfounded accusations?

Marta Grande: Italy is not a hotbed, and the number of new infections over the past few weeks clearly demonstrates this. It’s a pity that someone uses such expressions and pursues such a policy towards Italy, as our country was the first in Europe to face the need to counter the spread of the coronavirus. I hope that they will soon understand that cooperation is needed both during and after the crisis. The EU seems to be moving in this direction, and I believe that cooperation is absolutely necessary to get out of this difficult situation.

Sputnik: In your opinion, will a solution for the border between Austria and Italy be found after the harsh statements by Austrian Chancellor Kurz?

Marta Grande: I said publicly that such an approach doesn’t contribute to the relations between our countries. On the contrary, it depresses the trusting relationship of citizens who would like to move between Austria and Italy. I hope we will be able to change the attitude (of Austria regarding Italy) and return to the pre-COVID freedom of movement.

Sputnik: Germany has decided to gradually reopen the borders to some neighbouring countries, but not for Italy and Spain. Greece did the same thing, but then changed its mind, albeit with one condition: those who come from regions at risk will have to be tested and quarantined. Why are all these measures being taken that have nothing in common with Europe's famous solidarity? What is going on with the EU’s sacred and untouchable Schengen zone?

Marta Grande: I understand the challenges governments are facing regarding establishing a reopening model that will protect their citizens as much as possible. At the same time, however, I want to clarify that Italians are not carriers of infection. I hope that the Schengen Agreement will come back into force as soon as possible, given that it is one of the cornerstones of our union and that freedom of movement is an integral part of our European identity.

Sputnik: Probably, all of this is actually due to the struggle for tourists… Do you think that European countries have become “selfish” this summer just because they want to stop the recession in this way?

Marta Grande: I don’t think so. Italy has always been among the first countries on tourists’ wish list, and this pandemic will only slightly depress the demand for Italy. I’m more afraid that with the economic crisis generated by the coronavirus fewer people will be able to afford to go on vacation. Tourism accounts for 11% of our GDP, and COVID-19 already caused losses during the Easter holidays. I hope that many who dream of Italy and who can afford it will come on holiday to our wonderful country.

© AFP 2020 / JEAN CHRISTOPHE MAGNENET
Italy Reopens Borders for Tourists After Months of COVID-19 Quarantine - Video
Sputnik: What will the government do? Will it close the borders with countries that have banned the entry of Italians?

Marta Grande: I’ve read the statements of Minister Di Maio regarding the need for reciprocity in relations between states and I agree with him. I am also sure that the negotiations that our Foreign Minister will hold can lead to some concrete results; and I hope that won’t turn into the settling of scores. Our country is safe, and we know that as soon as all theories that portray us as a hospital are disproved, we will again become one of the most sought-after destinations. We will always welcome those who want to come to Italy.

Sputnik: On 5 June, a meeting of EU ministers of internal affairs will be held, where they will have a chance to discuss everything with each other and with the European Commission. Do you think EU countries will find a compromise and will 15 June really be the day European tourism restarts?

Marta Grande: I hope so. The EU works if every nation is strong. I’m sure that we, as a European space, will agree on establishing the restart day.

Sputnik: When do you think Italy and Europe will be able to start accepting non-EU citizens?

Marta Grande: I believe that as we get more and more reassuring data, it will be easier to establish the date. Unfortunately, this virus has spread all over the world, and emergencies are happening across the planet, which is why it is difficult to establish a single reopening date. This pandemic has shown how fragile the balance on which our lifestyles are based. We should keep this in mind after the quarantine.