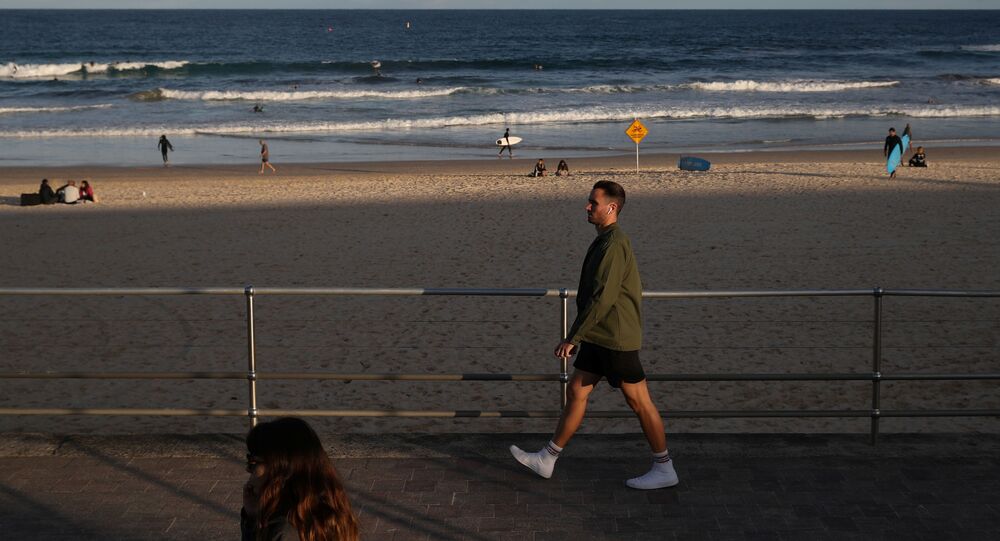 As many countries come out of lockdown residents are returning to old spaces that now feel unfamiliar. Dr Tony Matthews, a Senior Lecturer in Urban & Environmental Planning at Griffith University Australia, looks at how coronavirus has changed our cities, public facilities and institutions.

Sputnik: How has the coronavirus changed and transformed our cities, public spaces, facilities and so forth?

Tony Matthews: It's completely changed the way that we use them if we even use them at all. I mean, there are large parts of cities now that are empty and unused and public space that's not getting used and so there have been profound changes - it's not hard to see them, they're all around us. But the bigger question I suppose is what will be the outcome of this?
What this has done, in a sense of all this lockdown business and everything, is it's put us in this grand experiment of sorts. We wouldn't have chosen to do this but we're getting a very significant test of our capacity to actually do things like work from home on mass and at scale and we're getting a picture of what happens to public transport systems when ridership goes way down, what happens to roads when car journeys go way down and so on.
We're learning some very important stuff from an urban planning perspective but what we do with that information afterwards largely depends on what people themselves will prioritise for their cities and for their spaces once we start moving to the next stages - whatever they might be.

Sputnik: What does the future hold for urban planning going forwards?

Tony Matthews: I actually think that the big difference here with what's happening right now is that we're seeing for real what the capacity is for people to work from home. Most journeys that take place during the working week are for people getting to and from work or children getting to and from school. Now some people will always have to go to work but many probably will be capable of continuing to work from home at least some of the time. I have this idea that over the next couple of years, the next two or three years, we'll see this renegotiation almost at a kind of a company level and an individual level where people come to the new arrangement with their jobs and their employers about how they work and where they work and how they divide their work time.

© REUTERS / Loren Elliott
A public health message is seen amidst the easing of the coronavirus disease (COVID-19) restrictions at Bondi Beach in Sydney, Australia, May 27, 2020.

As that starts to fan out across society we're going to start seeing changes in people's patterns of use and behaviour and so we might see some changes to long term use on public transport; we might see a need to upgrade broadband services; we might start to see a significant rejuvenation of the suburbs because the big problem for suburbs was that we never had a significant volume of jobs located in suburbs, so it was very hard for people to get work in their suburb, but what's happened now is we've actually had people retreat to their suburbs with the work they were already doing and maybe they can keep working like that. In that regard, things are going to change and urban planning works with a certain amount of stability and predictability about what it thinks people will do, projections around population movement and movement of people on transport and things like that.
A lot of those projections are not going to necessarily be reliable for the next few years so it's going to be a very interesting time and we're going to have to learn as we go and a lot of it what we're going to be doing is responding to changes that people themselves make. So it's going to be quite an interesting process.

Sputnik: Do we expect any change to be permanent or just a temporary solution?

Tony Matthews: My feeling is that as soon as it's feasible to not socially distance most people will stop socially distancing. It's a little hard to call what the permanent changes might be out of this but one that I would be relatively confident will become a permanent change is people are going to have a lot more enthusiasm for what we call social infrastructure - particularly in their local neighbourhoods. That's things like public parks; and bicycle paths; and walking trails; and good quality urban greening that provides nice shade and shelter and things like that; and public seating and all of that kind of thing that people have now started to have a new appreciation for or maybe develop an appreciation for the first time and it's necessarily been in people's local areas.
I think there's going to be a lot of pressure coming on local councils and so on to improve social infrastructure at the local level. I think a lot of people are going to have to prioritise that but in terms of all of the other sorts of changes, I'd be less confident about saying any of them will necessarily be permanent or not, but I think that demand for that kind of social infrastructure particularly at the neighbourhood level, is going to be pretty high after this and a lot of people are going to be looking for that and lobbying their council and their councillors and so on to make sure that it's delivered and maintained.