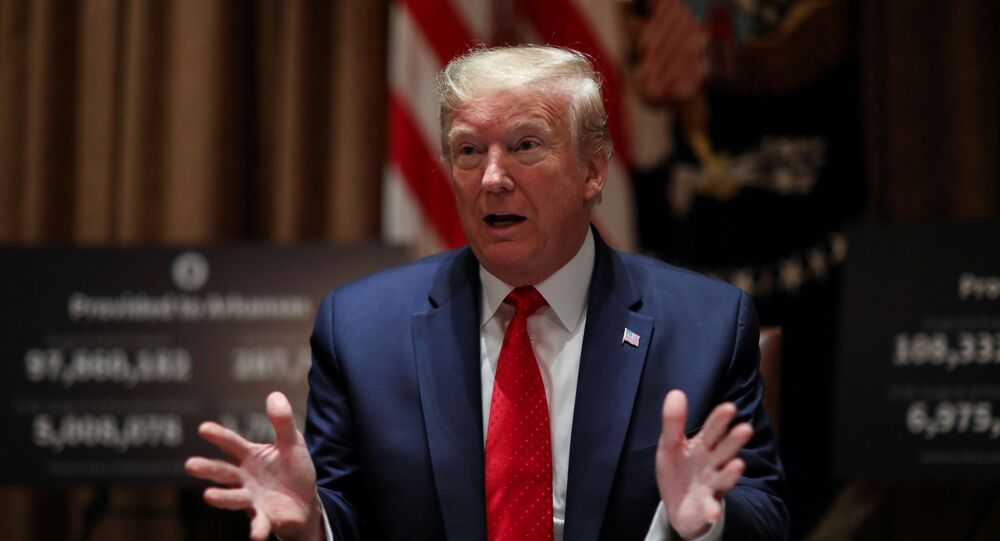 The Trump administration and top US security officials are mulling over a first nuclear test in over two decades, The Washington Post reported on 22 May citing sources familiar with the issue. International observers have explained what may be behind the move and what consequences it may have.

According to the sources, the idea to resume atomic tests was voiced during a 15 May top level security meeting after US officials voiced accusations against Russia and China over low-yield nuclear tests allegedly conducted by Moscow and Beijing, something that the countries resolutely deny.

"Part of the presumed rationale of President Trump and his administration is the standard inclination to strive to put pressure on other states in order to get 'a better deal'", says Jo Jakobsen, political science and international relations professor at the Norwegian University of Science and Technology. "This normally involves appearing to go, so to speak, to the brink with a view of pressuring the others to give in to Washington’s core demands".

The professor doesn't rule out that the story was intentionally leaked by the Trump administration for bargaining purposes: the US is seeking to strike a "better" three-way arms-control deal with China and Russia.

Though Jakobsen doubts that the US will decide to conduct such a nuclear test in the near future, he warns that the bellicose rhetoric as well as Washington's earlier withdrawal from arms control agreements may backfire upon the US:

·         First, this could create new “rules of the game” – or, rather, less rules of the game – which were established after the 1962 Cuban Missile Crisis, adding to the ongoing tensions between Washington and Beijing.

·         Second, "this also represents another nail in the coffin with respect to perceptions of the US as a leader in the international system – a hegemon, with superior moral authority".

·         Third, the US administration's nuclear arms policies "are slowly having the effect of increasing, not decreasing, the relevance of nuclear weapons in global politics".

The resumption of the nuclear testing by the US would come in contradiction with the 1996 Comprehensive Test Ban Treaty (CTBT) which remains a crucial part of the world's overall arms-control architecture, according to Jakobsen.

This structure also includes the 1987 Intermediate-Range Nuclear Forces (INF) Treaty which banned missiles with ranges of 500-5,500 km (310-3,400 miles), which the US recently quit; the New START Treaty – a nuclear arms reduction treaty between the United States and the Russian Federation – which expires in February 2021; and the Open Skies agreement – a programme of unarmed aerial surveillance flights over 35 party states – which the US apparently plans to quit.

Washington's supposed nuclear testing plan could be perceived by the global players "as yet another move to restructure the arms-control architecture", Jakobsen emphasises.

Yet another problem stemming from the White House's alleged strategy is that virtually nothing would stop other nuclear powers from following the US suit and restarting atomic testing, warn Professor Peter Kuznik, director of the Nuclear Studies Institute at American University, and Dr Mark Gubrud, an adjunct assistant professor of peace, war, and defence at the University of North Carolina.

At the same time, conducting a new nuclear explosion test now would in no way benefit the US as "even with extensive testing, there is very little improvement the US could make in size, weight, yield, safety or reliability", Gubrud explains. According to him, there's really no advantage in having done the most nuclear tests or doing more: "Nobody is discounting anybody else's nukes, thinking maybe they won't work because they haven't been tested enough", he remarks.

In its 2018 Nuclear Posture Review the Trump administration highlighted that the US "will not resume nuclear explosive testing unless necessary to ensure the safety and effectiveness of the US nuclear arsenal" and called upon other nations to maintain the atomic tests moratorium.