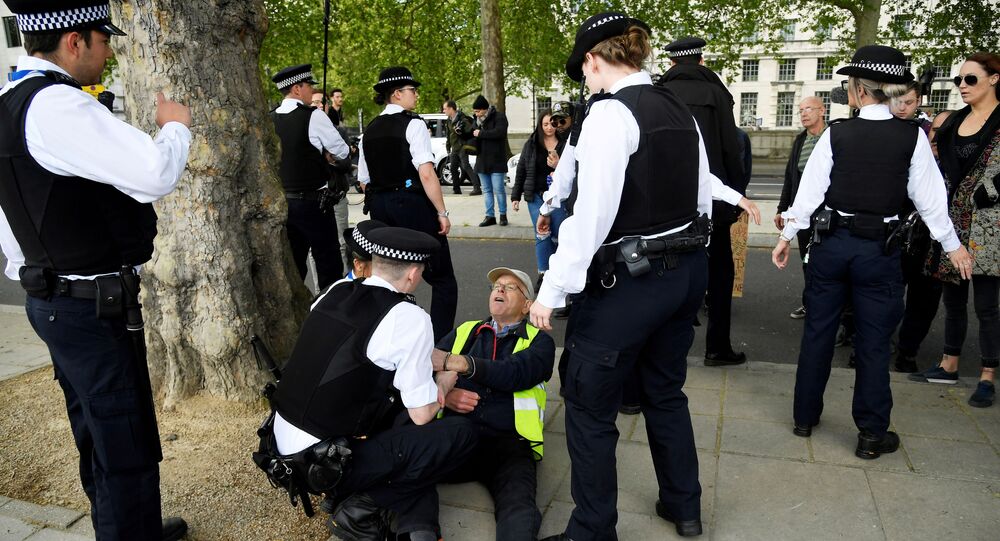 According to the British Government, new arrivals in the UK from abroad will be fined one thousand pounds, if they fail to stick to their compulsory 14-day quarantine.

Westminster is introducing the quarantine measures to in a bid to clamp down on the spread of the coronavirus in the UK. A contact tracing app is also being trialled in the Isle of Wight and will be deployed throughout the country in June, should it prove successful.

But has Westminster botched its handling of the coronavirus Pandemic? UKIP Wales Leader Neil Hamilton gave his views on the matter.

Sputnik: Should Westminster have implemented compulsory quarantines for new arrivals into the UK earlier?

Neil Hamilton: Of course, this should have been done right at the very start, it is one thing that as an island, we should be able to guarantee that we are able to control. There are loads of mistakes that have been made by this government since the start of the crisis, and that’s probably the biggest one of the lot.

We’ve still got people arriving in their thousands every day, we don’t know who they are, and there are ones arriving in small boats from across the Channel for example, who are seemingly welcomed with open arms instead of being sent straight back, so it is bizarre.

It’s a complete failure of the government, they have put the country under house arrest virtually, but yet it’s virtually an open door to all comers from around the world if they can get here.

Sputnik: Could Boris Johnson be forced to resign as British Prime Minister if it is deemed that his government has failed to adequately protect public health during the coronavirus pandemic?

Neil Hamilton: It’s the fault of the entire political class; it’s not just Boris Johnson. Yet again, the whole of the political establishment has fallen down on the job, the Labour Party wouldn’t have introduced a quarantine, they want more and more immigrants to come to this country because it adds to the pool of potential voters for their party in the future.

There is no point in looking at either them or the Liberal Democrats, who are crazy globalists as well, so it is a failure of government, and all potential governments at all levels as well, actually. The political system has failed us here in the same way as it failed us for decades over the EU, conventional wisdom isn’t wisdom at all.

© REUTERS / SIMON DAWSON
UK Coronavirus Lockdown 'Should be Lifted Sooner Rather Than Later' – UKIP Scotland Leader
Neil Hamilton: I think that testing and tracing is something that we should have been doing from the start, but this is a case of closing the stable door after the horse has bolted, we know that there is a portion of the population which is vulnerable, but there is almost nobody who is under sixty who has contracted coronavirus and suffered very badly from it, and it is only those with underlying health conditions, who are of any serious risk of dying.

What they should do is target the vulnerable part of the population, and the people connecting with them, whereas this contact tracing is going to apply to the entire population of the country if it is rolled out beyond the Isle of Wight.

There are massive invasions of privacy, and of people’s personal liberty. We are paying far too high a price for the control of an epidemic, which in historical terms; is actually pretty minor.