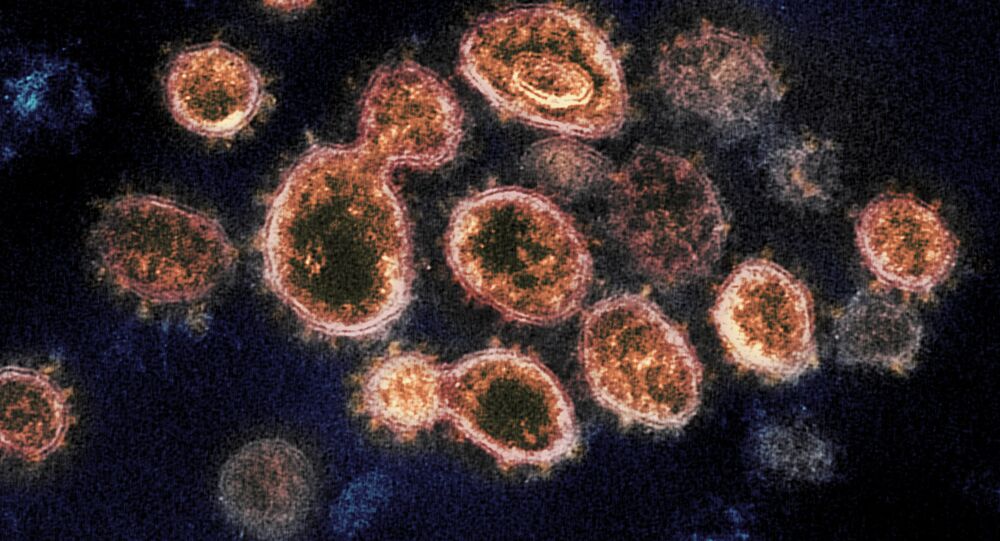 A team of researchers from Germany has found an antibody that blocks the SARS coronavirus-2 and thus prevents infection. The product would be particularly suitable for severe forms of the disease, but also prevention in risk groups. However, to ensure a safe effect, further research is required to discover other such antibodies.

Modern immunology began in 1890 with the observation of the German researcher Emil von Behring, among others, that the blood of living beings that have survived an infection, after transmission to other living beings, can suppress the same infection. However, the mechanism behind this serotherapy was not known at the time because there were no technical means to consider the responsible substances, nor was their origin in the body clarified.

Severe Forms of the Progressive Disease: When the Organism's Antibodies Appear too Late

Today, they are thoroughly studied and are called “antibodies”. It is known that so-called B-cells of the immune system produce them en masse after they have recognized a pathogen in the body. It is also known that they are effective against viruses because they block precisely those parts of the virus envelope through which the virus can penetrate a host’s cell and multiply in it. However, this recognition and triggering of the defence reaction are not always fast enough, which occasionally leads to severe disease progressions, which are currently also observed in Covid-19, and which can quickly become fatal, particularly in high-risk patients.

On the Way to Antibody Therapy Against COVID-19

At this stage, but also for preventive purposes, the introduced antibodies take over the role of the “unheated” immune system, limit the spread of viruses and thus reduce symptoms. The treatment that works according to this pattern is called immunotherapy. In recent days, there have been reports of its efficacy from Israel, the Netherlands, and now from Germany – those antibodies that managed to keep SARS-Cov-2 from penetrating cells.

Sputnik has discussed this important discovery with Ulfert Rand, one of the researchers from the Helmholtz Centre for Infection Research, who carried out the tests in the laboratory.

“There are many different methods for artificially creating antibodies. But the biggest challenge is to find the ones that do neutralise the virus”, the expert says.

The biotechnology company Yumab and the Technical University of Braunschweig had produced about 6000 such antibodies for the research team, which were tested to see whether they would bind to the spike protein through which the virus enters somatic cells.

“But it is even more important that this protein is not only bound but that it can no longer penetrate the cells afterwards”, the researcher emphasises.

“This is exactly the step we are testing here in Braunschweig in our safety level III laboratory. I do these experiments here myself. They are very simple in structure if you look at it in a simplified way: you take this antibody, mix it with the virus and then you put it on cells. If this mixture of antibodies and virus means that the cells can no longer be infected, that is a good sign. This is done in very many repetitions and with very many different antibodies, and the antibody-virus mixture is continuously observed in cell culture. And here we came to the conclusion that one of the antibodies tested so far stands out particularly in its effect. You can see that because the cells look as if they have never been infected”.

CDC
This illustration, created at the Centers for Disease Control and Prevention (CDC), reveals ultrastructural morphology exhibited by coronaviruses. Note the spikes that adorn the outer surface of the virus, which impart the look of a corona surrounding the virion, when viewed electron microscopically. A novel coronavirus, named Severe Acute Respiratory Syndrome coronavirus 2 (SARS-CoV-2), was identified as the cause of an outbreak of respiratory illness first detected in Wuhan, China in 2019. The illness caused by this virus has been named coronavirus disease 2019 (COVID-19).

Not all antibodies have gone through this whole process – those that do not bind to the virus or bind poorly have been screened out in advance. According to Rand, "about a hundred" Y-proteins were studied in cell culture. It was among these antibodies that one was found to prevent the infection from spreading.

This is not the end of the researchers' work, as they are testing additional antibodies besides the 6000 that are in production.

“At the moment we hope to have five antibodies in the final selection round”, the Braunschweig scientist said naming their goal.

For effective therapy, it is important to administer not just one, but a cocktail of several antibodies at once, because in the meantime the virus itself has managed to divide into many mutated strains, which different antibodies can affect differently.

“This is quite normal and happens with every virus over time and we already know various isolates”, said Rand. “The first ones from Wuhan, for example, are slightly different from those that were isolated later in Ischgl (an Austrian ski resort, one of the virus's breeding grounds in Europe – ed. note Sputnik). And such changes will continue to occur as long as the pandemic continues. We have different isolates in our laboratory: from Zagreb, Ischgl, South Tyrol, Munich and Berlin, and we can test them to see if antibodies can recognise small changes that occur over time in the virus. In this case, it is important to use combinations of antibodies in order to be able to neutralise a slightly mutating virus in the future. This is a problem for all antiviral therapies: genetic changes can lead to medication being useless. And with this in mind, of course, you have to be proactive and use antibodies that can fight multiple strains of viruses – or whole combinations of antibodies – if possible”.

By the way, the antibodies are produced in Braunschweig by the genetically modified E. coli bacterium, which also occurs as a useful bacterium in the human intestine. The researchers take the gene of a relatively well-binding antibody and systematically modify it at one site. “The antibodies differ from each other in very small areas”, said Rand.

"And with the individual proteins, there is only one small area that is responsible for binding the respective receptor on the surface of our cells. And that allows the virus to enter the cell. It's exactly this small area that the antibodies are supposed to bind, and yet there is an incredibly high number of possible antibody candidates. The needle in the haystack is yet to be found here”.

Not for the Faint of Heart: Clinical Trials in Six Months at the Earliest

However, there is still a long way to go before immunotherapy is available because not only enough effective candidates have to be selected, but also clinical trials have to be carried out.

“It will take at least six to nine months, and it also depends on regulatory agencies and clinical research results”, Rand added. And then it will be necessary to find the best way to produce a new drug, as immunotherapy is one of the most expensive treatments.