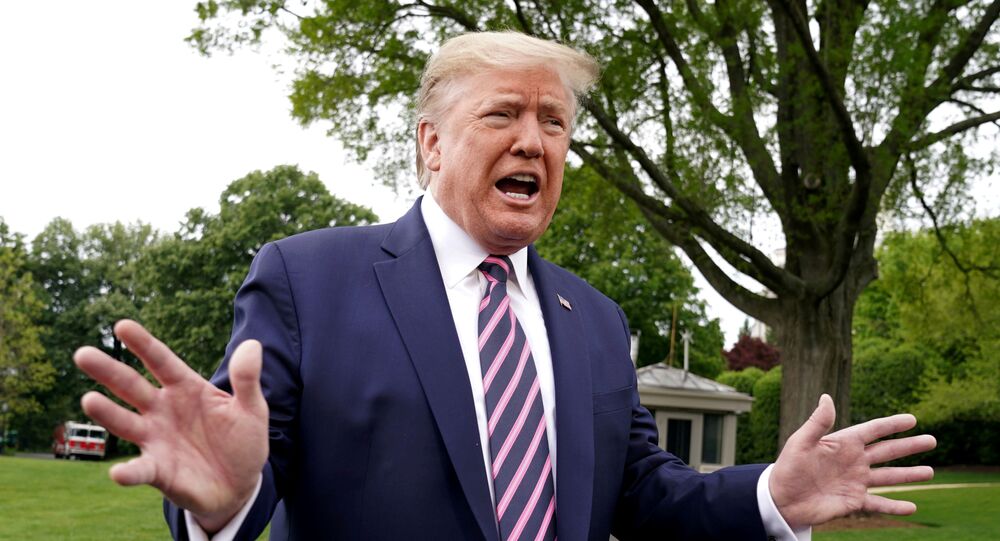 Regardless of whether the move is justified, POTUS may feel the consequences of his attitude towards the suffering caused by the pandemic this fall, when election day comes.

US Vice President Mike Pence announced on 5 May that the White House Task Force working on slowing the COVID-19 pandemic will be disbanded in about three weeks, despite the US still reporting 20,000 new infections daily. Trump's administration will instead focus on reopening the US economy despite the risk of a new wave of COVID-19 infections and deaths.

Regardless of how the story with the COVID-19 pandemic ends in the US, the decision to disband the Task Force will affect the chances of Trump's fall 2020 re-election, pundits suggest. The pandemic is one of the worst types of crisis for Trump ahead of the crucial vote, as the fallout from the health crisis is made much worse by POTUS' "own worst attributes" such as his "tendency to be erratic and self-congratulatory", noted Matthew Wilson, associate professor of political science at Southern Methodist University. In this situation, according to the professor, Trump must trust to luck that there could be any return to normalcy by voting day.

"Politically, the president is now largely at the mercy of forces beyond his control. If, come the fall, national life is slowly returning to normal, with unemployment falling, children back in school, and at least limited social life possible [...] then he has a chance at re-election. If not, then the electorate is likely, fairly or unfairly, to take out their frustrations on him", Wilson says.

In Search of Scapegoats

Trump's decision to switch from attempting to manage the deadly pandemic to reopening the economy by establishing a special task force for that purpose is, in effect, an attempt to shift the blame for any misfortune that happens afterward to state governments, states Jenna Bednar, professor of political science at the University of Michigan. The Trump administration earlier gave state governors powers to decide how and when to lift the lockdown, accompanying them only with non-mandatory guidelines.

Bednar indicates that the federal government is supposed to work in concert with local leaders, but instead, the Trump administration has abandoned the local governing bodies, caring only for its own image. That defensive posture, however, does not guarantee Trump re-election and will arguably even prevent it from happening, the professor adds.

"When so many lives and livelihoods are at stake, this is no time for a public servant to be thinking of himself. But if that is what motivated the move, it is hard to see how it would boost his reelection chances if the federal government abandons the people just as the virus begins to spread widely", Bednar says.

Professor Wilson notes that responsibility for even minor troubles following the disbanding of the White House Task Force will laid at the feet of Trump and his advisors, even if the president is not directly responsible. Presidents tend to get a disproportionate level credit in good times, and a disproportionate blame in crises, Wilson stresses, adding that POTUS' opponents will likely link the final US death toll from COVID-19 to what many characterize as Trump's "heartless and irresponsible policies", slashing his re-election chances.

"The public will want someone to blame, and the president will be an easy and obvious scapegoat", the professor says.

‘He Wants to Get Re-Elected’: Trump’s Desire to Return Americans to Work Puts Lives at Risk