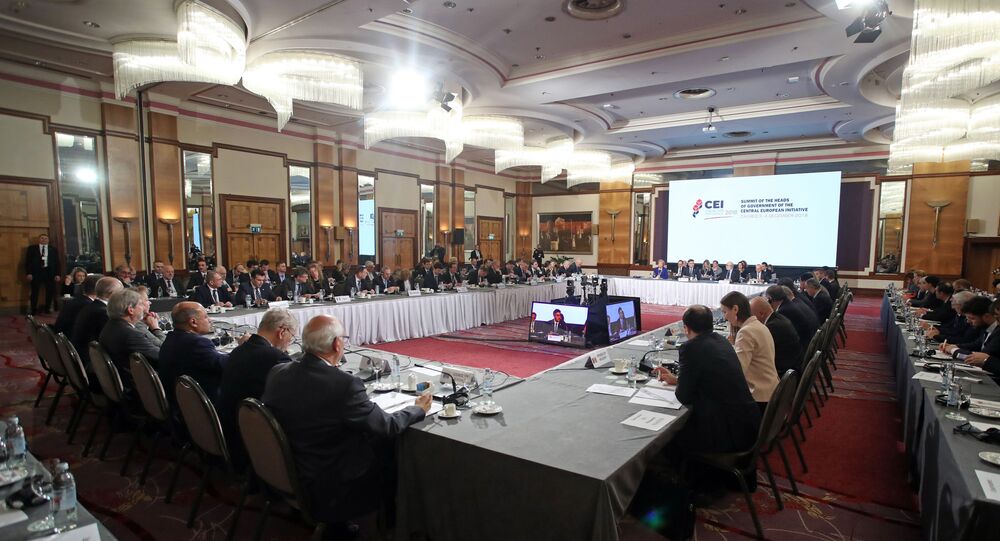 The coronavirus pandemic forced EU-Western Balkans summit in Zagreb to be held on Wednesday by videoconference.

Croatia expected the Zagreb summit to be a turning point in the EU enlargement process and to open up membership prospects for other countries in the region. However, the videoconference, which was held on Wednesday, won't event mention enlargement.

According to the Croatian daily newspaper Jutarnji list, this follows from the draft of the Zagreb Declaration to be adopted at the summit: the text does not mention “enlargement”, “membership” or “EU integration”. There is only a vague sentence about the “European perspective” and strengthening ties.

No Word on Enlargement

Milan Igrutinovic from the Institute for European Studies believes that the terminology used in the Zagreb Declaration indicates an uncertain future awaiting the candidate countries and the absence of formal obligations to them from the EU.

“Two months ago, the EU gave the green light to start negotiations with Albania and Northern Macedonia but without setting a specific date. I think their internal position is that this should be enough for now in terms of formal steps for the accession of any of the Western Balkans, including Serbia. Therefore, I think that this summit is unlikely to be significant since last year's France's firm “no” made it quite clear to everyone that the enlargement policy is being put off for a long time”, the expert says.

He added that it should be borne in mind that there was no unanimity among EU member states on the issue of enlargement. Although most members are interested and have no problem with it, many governments consider it an unpopular “domestic topic” because their citizens are increasingly sceptical of the idea of giving money to “poor Balkan countries”.

On the other hand, according to Igrutinovic, some countries believe that the EU must work harder on the integration of the Western Balkans if it wants to be a serious geopolitical player.

“We have, to some extent, fallen victim to their internal dilemmas, political games and card shuffling. First, we had a formal “Brexit” in January, and now a completely new topic has pushed aside everything else, including EU reform, which could have affected us somehow. This public health crisis, as well as the expected economic crisis, which could be the deepest since 1929, has overshadowed many issues, including the EU enlargement policy”, the Serbian expert says.

The Pandemic has Changed Everything

Suzana Grubjesic from the Centre for Foreign Policy says that although the current Zagreb summit was supposed to be historic, as this year marks exactly 20 years since the Zagreb summit (the EU Zagreb summit in November 2000 – ed. note Sputnik), at which the then Federal Republic of Yugoslavia was included in the stabilisation and association process, the pandemic has changed everything, including the format, meaning and expectations of the summit.

“It is true that the draft joint declaration, unfortunately, does not mention enlargement or integration, but on the other hand, large financial assistance has been provided for the countries of the Western Balkans, with the already agreed amount of 3.3 billion Euros, which will also be discussed at the summit. A large EU investment and economic plan for the Western Balkans has also been announced for autumn. And this is positive news”, Grubjesic says, noting that that the expansion was not discussed at the summit in Sofia in 2018.

According to her, the EU decision to start talks with northern Macedonia and Albania is a good sign, and as for Serbia and Montenegro, there is a methodology for the negotiations, which allows faster progress, because the chapters of the negotiation dossier are divided into clusters.

“These are all positive signals, but the key step on the EU's part should still be the adoption of some kind of document which would say that the Western Balkans will be integrated with a specific timeline. And that will have to wait. Obviously, the enlargement policy of 2018, which mentioned 2025 as the expected date of admission of Serbia and Montenegro to the EU, is becoming an increasingly remote possibility because it is the EU member states, not the European Commission, that will decide on the enlargement”, she estimates.

However, Grubjesic does not think that the countries of the Western Balkans should be disappointed with the Zagreb summit since the situation is specific. The epidemic has spread all over the world but the summit will still be held and the EU has found a way to help the Western Balkans overcome the epidemic and cope with its consequences, which will inevitably affect the society and economy of the entire region.

Milan Igrutinovic says that nothing more could be expected from the Zagreb summit because it is held in the EU+6 format (Serbia, Montenegro, BiH, Northern Macedonia, Albania, Kosovo), where self-proclaimed Kosovo participates, which even formally cannot have prospects for EU membership.

“The question is how could they ever submit the topic of formal enlargement and the formal start of negotiations with Albania and Macedonia, taking into account that Kosovo has no clear prospect because of its status and because the five EU member states (Cyprus, Greece, Slovakia, Romania and Spain) do not recognise its independence. There is also the issue of Bosnia and Herzegovina, which is not a formal candidate. In other words, the issue is about combining the formal accession process with the fact that there is a group of Western Balkan countries, which are called partners in the EU and with whom they talk mostly about economic cooperation”, Igrutinovic concludes.

*This article was written by Sandra Cerin.