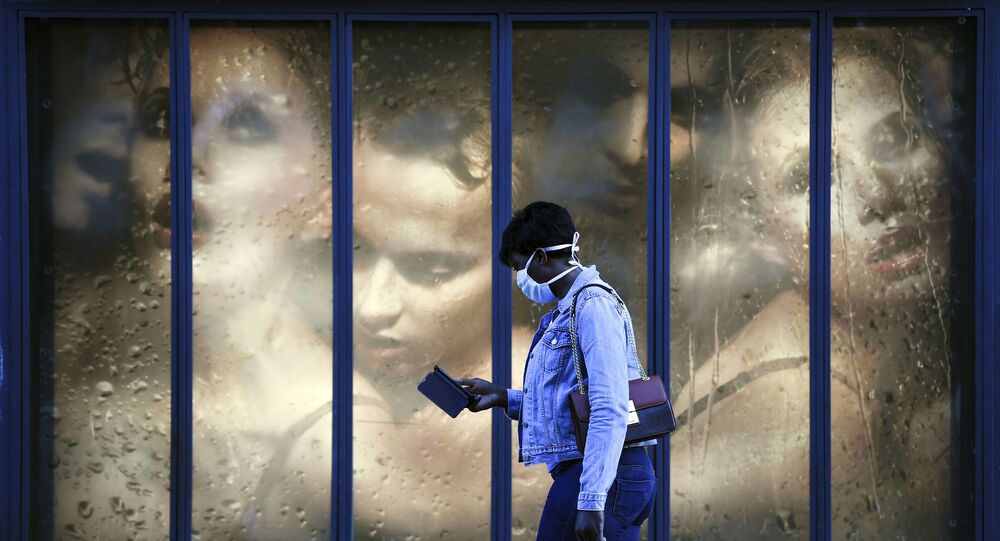 COVID-19: ‘This Will Continue Until There is Real Systemic Change’, Commentator Says

The output of the 19 countries in the eurozone has slumped by a record 3.8% in the first three months of 2020 as a result from the COVID-19 pandemic. France and Italy, the second and third biggest economies fell into recession after the EU reported an even bigger fall in GDP than the financial markets had been expecting.

Political Commentator Ollie Richardson has shared his views on the matter in this interview.

Sputnik: What does this historic fall in GDP represent for France now and in the future?

Ollie Richardson: What we're seeing is what should have happened over 10 years ago at the time of the 2008 financial crisis; at that time many of the banks that were guilty of what is essentially financial fraud, they should have collapsed and certainly not at the taxpayers’ expense but instead what happened is that the banks and these criminal groups got bailed out with the taxpayers money and they were given another stimulus from the government.

In America's case, it was a massive quantitive easing and more than a trillion dollars from Barack Obama again at the taxpayers’ expense. what we're seeing now with this GDP drop is the effects of this temporary fix starting to wear off - it's like putting a band aid on a gaping wound and it won't last very long. Eventually, something more drastic will have to happen. The problem is that as soon as you start quantitive easing it's impossible to stop it and the damage to the causes becomes exponentially worse and worse each time.

Sputnik: Will we see similar drops in GDP from other EU economies - including Germany and if so, what effect will this have on the EU going forwards?

Ollie Richardson: Over the past 12 months there have been signs that there is a decline happening in German manufacturing and there were all the signs of a recession happening in Germany. Again, it should have happened over 10 years ago, but because of the reasons I already explained it was postponed and delayed coming to the surface at an even faster pace. We will see similar drops in GDP yes.

For countries like Germany, we already are seeing things like that and of course the government will just throw taxpayer money at it like putting fuel on the fire hoping that somehow does something. In reality what's happening is that the bureaucrats who run the European Union, who are unelected, they know that this ship is sinking and they know that the middle class doesn't have much more to give in terms of being milked.

Sputnik: How will this dip in GDP translate for the UK? For example, is a historic drop in GDP on the cards for UK?

Ollie Richardson: It comes back to the problem of liberal ideology, which is firmly entrenched in Downing Street. We've had the Skripal affair, we've had accusations of Russian meddling in the British elections - the list of accusations never stop. All of these things are completely detriment to the British people to the taxpayer, they don't help whatsoever, sabre rattling against Russia and China doesn't help British people whatsoever.

It helps the neoconservatives in America, it helps people like Joe Biden and Hillary Clinton bully the people who are also to blame for what happened in 2008. So as long as there is this block of liberals in power in London the infrastructure and the economy will just rust and rust. People's expectations will be managed through deliberately designed media campaigns to make people think that paying like £500,000 pounds for some two-bedroom property in an undesirable area is acceptable and that it's acceptable at the quality of living drops to get the price of everything increases.

So this will continue until there is real systemic change and the people realise that there has to be a shift away from this centre left right paradigm, which is really as I mentioned before, a way that the powers that be these elites, they control people and keep them inside the sheep pen.