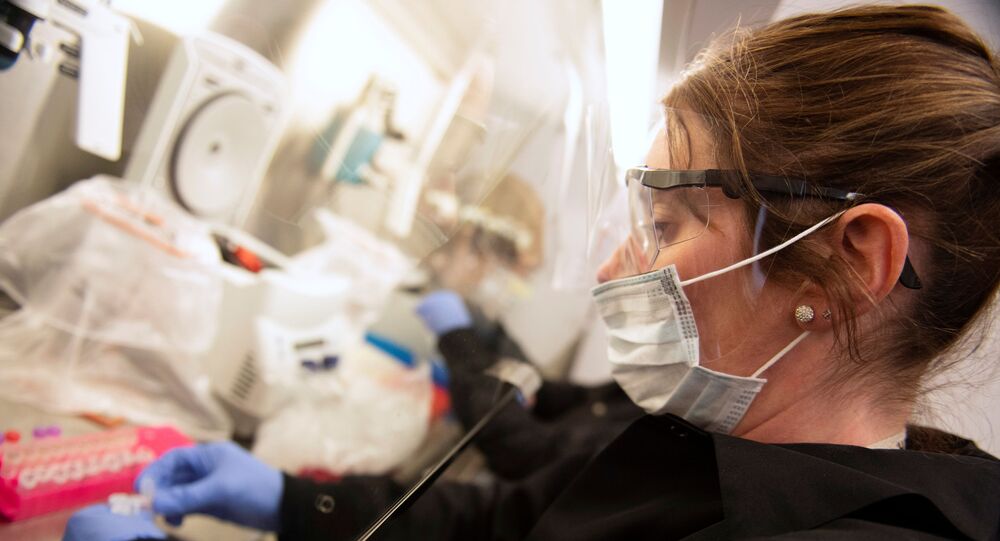 Matter of National Pride: Why US and China Don't Cooperate on Developing COVID-19 Vaccine

China and the US are continuing their search for a cure that will save their countries from the coronavirus pandemic, largely ignoring a global initiative of the World Health Organisation (WHO) to achieve this goal in a united effort.

Amid an exchange of mutual accusations about who was responsible for starting the coronavirus pandemic, both China and the US are frantically seeking the ultimate weapon to stop it - a vaccine for the novel virus. But who is leading this pharmaceutical race and what happens when such a vaccine is found?

It's hard to predict which of the two states will come up with a vaccine first, as the two are investing heavily in the effort and for both it's a matter of "national pride" and hence a priority, Gerald Posner, a bestselling author and investigative journalist, says. He adds that despite the two countries working on several vaccine variants, none of these is guaranteed of success.

"Historically, just about 6% of vaccine candidates end up making it to the market. So, it's a very difficult process. Things that look good in the lab, when they start human testing, can change dramatically", Posner said.

The two countries certainly have different competitive advantages, Rachna Shah, a professor in the Supply Chain and Operations Department at the Carlson School of Management at the University of Minnesota, notes. Namely, China is responsible for a major part of the global production of Active Pharmaceutical Ingredients (API), which are needed for developing cures and vaccines. The US, on the other hand, performs better in terms of new medicine development, she adds.

"[The] US seems to have an edge on product and process innovation where pharma supply chain is concerned [...] entrepreneurial creativity and energy is the hallmark of US firms and a clear advantage", Rachna Shah stresses.

The professor opines that China could compensate for its relative lack of innovation with its "ability to corral Chinese firms into concerted action", but notes that it's still not a complete substitute for the "lack of entrepreneurship" in Chinese business. She also highlights that the US apparently is the current global leader when it comes to the number of ongoing vaccine trials, with 621 trials running, compared with 590 in the rest of the world.

Regardless of whether it will be China or the US that develops a vaccine first, the question remains if either of them will release their product to foreign markets before satisfying their own domestic needs, Gerald Posner wonders. He points out that the US and China have so far shown little interest in the WHO's initiative, which is directed at not only development, but also the soonest possible worldwide deployment of a vaccine against COVID-19.

Video: Trump Can’t Explain Claim COVID-19 Will be ‘Eradicated’ Even Without Vaccine