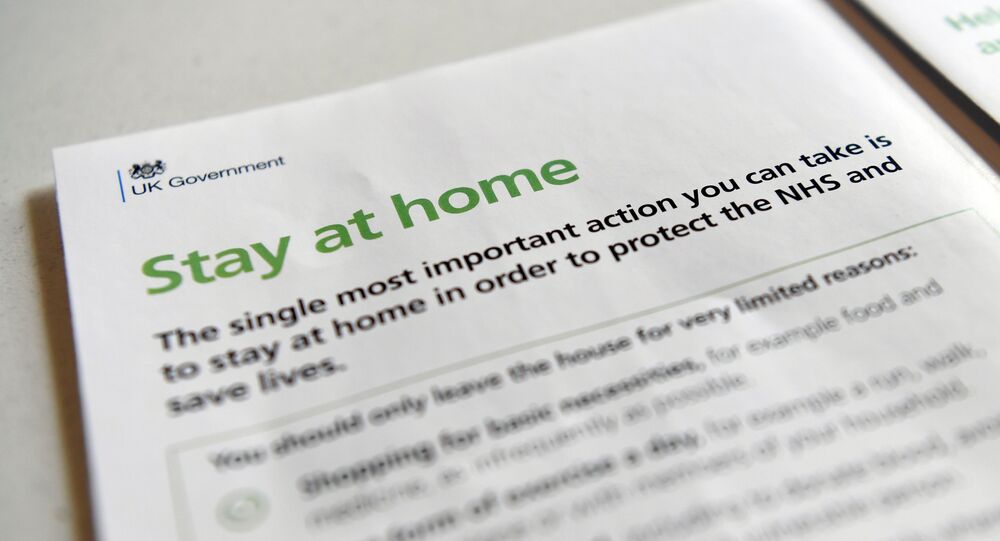 A new survey from YouGov has found that the coronavirus pandemic has produced an unprecedented surge in public support for a range of radical economic policies.

According to the company, a majority of the British public support a universal basic income to ensure financial security, job guarantees to keep employment stable and bringing in rent controls to limit housing costs.

With more on this story, Sputnik spoke to Jonathan Davis, the managing director and wealth adviser at Jonathan Davis Wealth Management, in this interview.

Sputnik: What do you make of these new findings from YouGov? Moreover, what effect has the crisis had on political and economic views of British voters?

Jonathan Davis: I think first of all we need to take the survey with a pinch of salt because it's published in a socialist newspaper, which supports socialist policies. Secondly, YouGov the surveyor is generally left of centre supporter, so take that with a pinch of salt. It's perhaps no surprise that you get a result like that when you ask the questions in a certain way you want to ask them. Let's understand what universal basic income (UBI) is.

Sputnik: What effect has the crisis had on political and economic views of British voters?

Jonathan Davis: The fact that the majority of the population has been imprisoned in their own homes for weeks and it will go on still for weeks as a minimum; well that has never happened before in our society. It's happened in dictatorship societies but it hasn't happened in western free societies.

This is a terrible situation and it's based on at best highly questionable scientific evidence because just like the environmental, so-called scientific evidence, there's evidence on this side there's evidence on that side. So, it's highly questionable as to whether or not we needed to be locked down in the first place. We are going to talk in the future in terms of pre-Covid-19 and post Covid-19. This is the biggest change affecting society at least since World War Two.

© REUTERS / SIMON DAWSON
UK Coronavirus Lockdown 'Should be Lifted Sooner Rather Than Later' – UKIP Scotland Leader
Sputnik: What effect will change in attitudes have on the direction of Boris Johnson's government and policy in the future?

Jonathan Davis: Well not just in the future but in the recent past. I've always called Boris Johnson are quasi-socialist. He may be somewhat conservative socially but fiscally with regards to tax and spending he's very much left of centre and my god looks how they have pumped hundreds of billions of pounds into the system - not counting, of course, the bailing out of the bankers yet again and look how dependent we all are now on the state.

They're going to raise taxes, they're going to alter their spending plans and there's going to be much more spending and yes, the whole political situation has moved from the bright future of leaving the EU with a potential more free-market approach, to the dim and dull future of certainly leaving the EU is going to be extremely helpful to us socially and economically, but we will be brought down by the vastly more socialist policies that are already in place and will continue to be in place. It'll be very interesting if we have a new budget soon after lockdown although it's not yet being discussed.