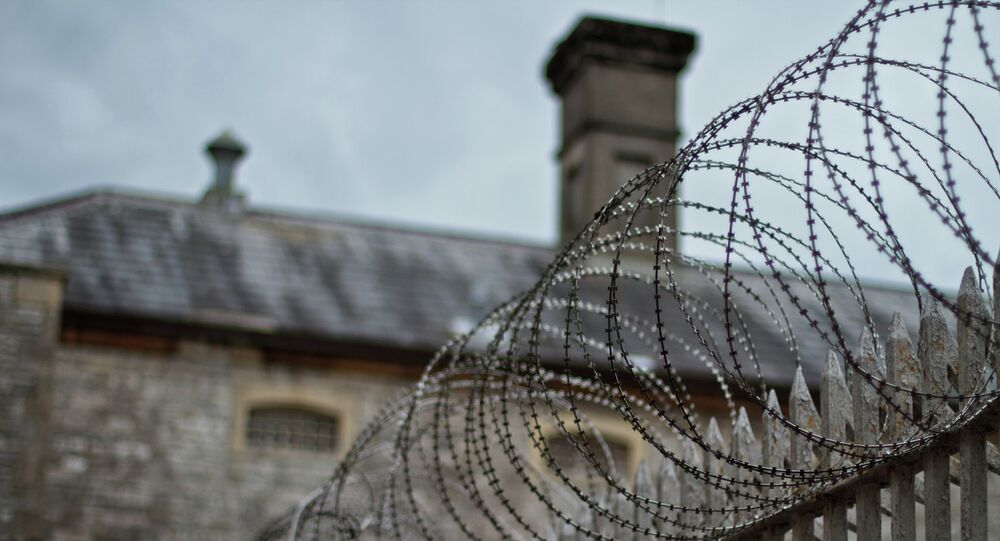 The Prison Governors' Association has warned that unnecessary deaths across the prison estate in England and Wales are inevitable if something isn't done to address the overcrowding among detention facilities, which is as high as 175% of capacity.

Britain's Howard League for Penal Reform has teamed up with The Prison Reform Trust in threatening to take the Ministry of Justice to court over their, "failure to respond effectively to the coronavirus pandemic in prisons".

Rob Preece, Campaigns and Communications Manager at the Howard League, explained to Sputnik why the oldest penal reform charity in the UK has been pushing the government to release more prisoners amid the COVID-19 pandemic.

Sputnik: What are the most up to date statistics in terms of prisons and prison officers being infected with or having died from COVID-19?

Rob Preece: According to figures held by the Ministry of Justice, 294 prisoners have tested positive for Covid-19 as of 5pm on Tuesday 21 April. The number of prison staff who have tested positive is slightly lower, at 231. Giving evidence to the Joint Committee on Human Rights on Monday (20 April), the Secretary of State for Justice, Robert Buckland, said that 13 prisoners [with COVID-19] had died.

Sputnik: What is the Howard League currently calling for right now and why?

Rob Preece: The number of people behind bars must be reduced significantly to prevent prisons becoming a breeding ground for Covid-19. This is important not only to protect people living and working in prisons, but also the wider public.

A recent report by Professor Richard Coker, Emeritus Professor of Public Health at the London School of Hygiene & Tropical Medicine, suggests that the consequences of delay will be felt well beyond prison walls. The report warns that prisoners and staff are more likely to be exposed to the virus as social distancing is "almost impossible" in prisons.

But it also raises the point that, as large shared spaces, prisons act as "epidemiological pumps" that can drive the spread of the disease among the wider community.

The government introduced an end of custody temporary release scheme, which it said would lead to the release of up to 4,000 people. But the scheme was paused and we understand that very few have been released so far.

We are urging the government to move further and faster to save lives. Prison governors have called for the prison population to be released by 15,000, which is understood to be in line with advice provided to the government by public health experts.

Sputnik: How does the UK government's approach compare to that which is currently being pursued by the Scottish government or other governments around the world?

Rob Preece: England and Wales are out of step with many other countries that have taken decisive action to protect health and life.

Scotland and Northern Ireland are to release hundreds of prisoners. Ireland has released prisoners who had already been determined suitable for early release.

France has released almost 10,000 people from prison in the past month.

Netherlands has stopped those who were due to be detained on short sentences from doing so for the time being.

Turkey is to release tens of thousands of prisoners.

In the US, various states have released hundreds of prisoners. In California alone, 3,500 people are to be granted early release in an effort to reduce crowding.

Sputnik: Are prisoners and detainees entitled to the same health care as everyone else?

Rob Preece: Yes. When people are sent to prison, their punishment is the deprivation of their liberty. Prisoners should be treated and have access to exactly the same support and services as people in the community.

To what extent do you think public opinion on this matter is driving the MOJ's reluctance to release prisoners early during this outbreak?

Rob Preece: Ministers have accepted publicly that the number of people in prison must be reduced significantly to protect people from harm. It is for them to explain why this is yet to happen.

Sputnik: How should the UK be addressing penal both reform now and after the crisis?

Rob Preece: This is a worrying time for everyone, and it is right that the focus now should be on keeping people safe from the pandemic. It has highlighted how overcrowding and staffing shortages have put an overused prison system under tremendous strain.

As we move through this moment of acute crisis, we should lift up our shared values and use them as a guide for what comes next. Every decision we take should lead us to the brighter future we all want to see – a fair and just society where people are safer. That means doing all we can to keep people out of the criminal justice system in the first place.