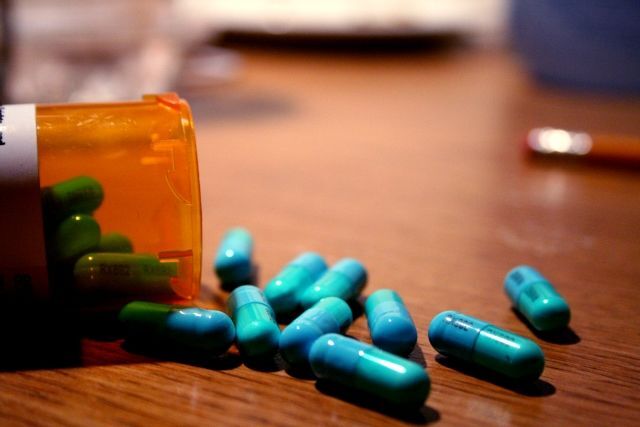 As the whole world is working to find a medicine to cure the novel coronavirus COVID-19, the antimalarial drug chloroquine, the anti-Ebola drug Remdesivir, and HIV drugs are named among the most promising coronavirus treatments.

Since mid-March, the media focus has been shifting to a drug that was originally used to treat hepatitis B and C as well as tumours: interferon-alpha-2b.

The active ingredient interferon-alpha-2b was first extracted from the intestinal bacterium Escherichia coli in Zurich and later approved in the USA under the market name “Intron-a” and in Cuba as “Heberon”.

In China, the drug is said to have proven so effective in the fight against the COVID-19 disease that it is not only one of the 30 most commonly used treatment agents, but is also the first antiviral agent to be listed by the Chinese authorities in the “Guidelines for Coping with the COVID-19 Epidemic”.

This medication is produced and used in treatments by the Sino-Cuban plant ChangHeber in the Chinese province of Jilin. For two weeks now, Germany has also had the opportunity to do the same through the Saxon bandage fabrics producer Profümed, which has contacts in China.

In an interview with Sputnik, Georg Scheffer, managing director and owner of Profümed Deutschland, has explained the business processes and how they found this medication.

Sputnik: You have tried or are still trying to supply interferon-alpha-2b to Germany from Cuba. How did you find out about this medication and what do you expect from it?

Georg Scheffer: We have been working in Cuba for just over three years, and so far, our experience with Cuban enterprises has been extremely positive. In Cuba, we will work with them to produce clinical and various other products. For us, Cuba is a country with great prospects.

It offers the security of investment, a guaranteed market, and highly qualified personnel. It is also very well located geographically, and from there you can quickly get to other Latin American countries.

Profümed produces, among other things, clinical products based on cellulose. Of course, we have been observing the development and spread of the coronavirus with concern from the very beginning.

It soon became clear that something had to be done to save human lives. Therefore, our company discussed this issue with our partners in Cuba and learned from them about the positive experience of the development of the Cuban product interferon-alpha-2b.

We have realised that the development and production of other medicines or vaccines are not possible in the near future – at least not in sufficient quantities. We are therefore pleased that Cuba has allowed us to order a batch of medicines for Germany, sufficient to treat up to 1,000 patients.

Every life that can be saved with interferon is worth working hard to obtain permission to import this medicine. We do not want what happened in Italy to happen again in Germany, and the development of the situation in Italy proves that we are right: specialists from Cuba and China are now working there.

Sputnik: So far, importing this medication into Germany is, in fact, impossible. Why is it a problem?

We have permits within the EU, in Spain. But importing it into Germany is still prohibited.

Sputnik: As a company working in the medical sector, you need to check the quality of your products and the corresponding licenses. In the case of interferon-alpha-2b, the results of scientific research could serve as evidence. How different is the situation for you here, given that some common relevant practices would have to be temporarily cancelled for this purpose?

Georg Scheffer: If we look at the former GDR, we see that there are many virologists, professors, and doctors who know from their own experience that Cuba was ahead of many other countries in terms of medical research.

Back in the GDR, there was an exchange with Cuba in this area. Thus, it exported technical equipment there and imported goods, including medicines. Therefore, Germany has a certain experience, and Cuba, in turn, has something to boast in this area.

Sputnik: What are the health side effects of this agent? Are there any known ones when used in the case of SARS-CoV-2?

Georg Scheffer: I can only say what the Cuban doctors, professors and scientists told us. At this stage, no side effects are known. But I'm no expert. We are partners with BioCubaFarma and Labiofam. We supply them with equipment and support both companies; we stand in solidarity with Cuba.

And three of my employees working in Cuba told me (about interferon): “This is the chance. Furthermore, the BioCubaFarma and Labiofarm experts are ready to support us”. Representatives from the German Chamber of Commerce in Havana, Lehr and Neubert, are also ready to support us.

Sputnik: Since the idea of importing to Germany failed, you decided to import the goods into Spain. How are things proceeding with that?

Georg Scheffer: We have a license in Spain. But Spain is not Germany, Spain is the EU, and we need to consider certain points.

Sputnik: Another issue that arises in this respect: in principle, this compound can be produced anywhere, including in Germany. Why Cuba?

Georg Scheffer: It is possible, in particular, to produce this substance under license in Germany. Cuba is also ready for it. Furthermore, Cuba is ready to send us doctors who could "lead" the patients concerned.

But, as I said, we need a license from the German authorities.

Sputnik: What quantities are we talking about that Cuba could supply to Germany? And what do the Cubans want in return?

Georg Scheffer: Cubans are also in solidarity with Germany and of course want to support it. Given their experience (relations with the former GDR), they have a certain network that has been involved in mutual support.

Furthermore, many people in West Germany express solidarity with Cuba. As for the amounts, it is possible to provide medication to 1,000 patients. The Cuban side has also told us that. However, we cannot say to Cuba: "We will order something from you that we are not allowed to bring into our country".

Sputnik: Profümed is, of course, a commercial enterprise and, as such, depends on turnover. How could interferon-alpha-2b be marketed?

Georg Scheffer: We would like to facilitate trade, but we are not experts in the pharmaceutical sector. However, there are pharmaceutical companies that have such opportunities.

Maybe there is an opportunity to draw public attention to it, and then we would be approached by interesting partners ourselves. We produce dressing materials and we would like to produce them in Cuba. We are in negotiations with BioCubaFarma and Labiofarm.

Sputnik: Is the import ban somehow linked to political sanctions against Cuba? Could one of the reasons be the product’s place of origin? What experience do your Cuban partners have with joint projects with Germany?

Georg Scheffer: I hope that US political interests and the trade embargo against Cuba will not prevail over the matter of saving human lives. Or, as I was told elsewhere: if the medication is so good, why isn't the US buying it?

Besides, I can't imagine anyone giving preference to major German pharmaceutical companies that will develop the vaccine, presumably only towards the end of the year, and agree that until then people will die.

I hope that the only reason is that decision-makers are not well informed about the Cuban medicine and that the situation will soon change. At the same time, it's good that the laws in Germany are strict enough.

That is why we need cooperation with a pharmaceutical company. After all, it is unacceptable that everyone can import whatever they want - for justice's sake, we must admit that. We do not want another situation like in Italy.

Georg Scheffer: There are two companies. We need to find out from Cuba if it's willing to cooperate with them. But there's nothing I can say about that yet.

Sputnik: A question on quantities and public health: can Cuba export such drugs without negative consequences, while providing them in sufficient quantities to its own population?

Georg Scheffer: I'm absolutely sure of that. Moreover, we have the opportunity to produce these medicines ourselves in Germany - Cuba gives us this opportunity. We have our own good researchers and doctors, who will undoubtedly support us.