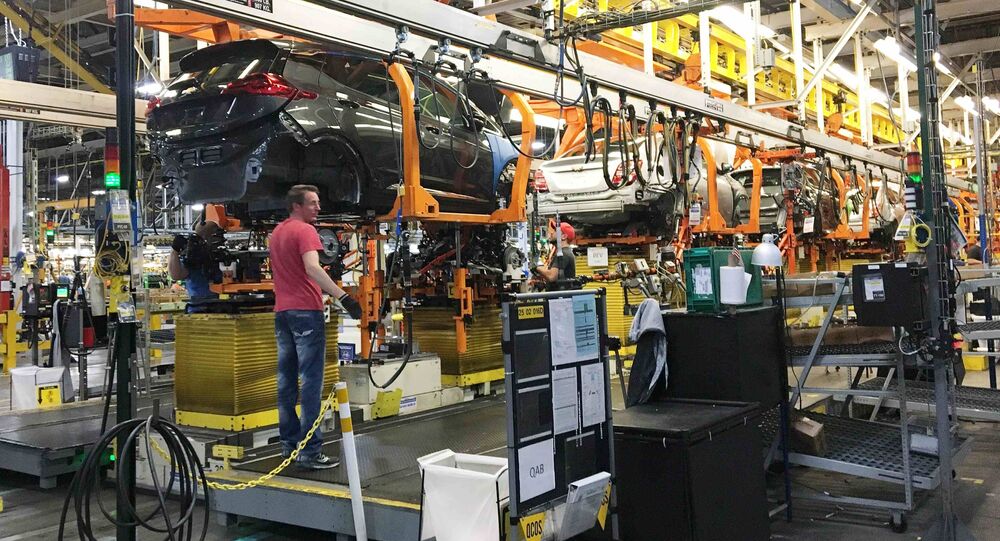 Between Sliding Stocks and Soaring COVID-19: Why Re-Opening of US Economy is Time-Critical

Unprecedentedly collapsing oil prices have dealt a heavy blow to US stocks and investment sentiment, already sored by the coronavirus-related recession. As Wall Street predicts a 20% unemployment rate and a 40% GDP decline in the second quarter, the White House is struggling to re-start the economy while COVID-19 cases and deaths continue to grow.

To revive the plummeting US markets, Donald Trump has announced a nationwide three-phased plan to re-open the country's economy. The guideline envisages a gradual easing of social distancing and travel restrictions after meeting certain safety criteria.

While the governors of Texas, Idaho, North Dakota, and Montana are ready to open, others hesitate or even refuse to loosen restrictions amid the COVID-19 pandemic, despite sporadic public protests against the self-isolation measures. The number of US coronavirus cases has soared to over 800,000, with more than 45,000 deceased.

"At a time when millions of American workers and families are struggling with the financial consequences of the virus, it's critical to continue the medical war while reopening the economy in a safe and responsible fashion." pic.twitter.com/8D2SV47Aqo

​Fabien Chalandon, a private investor, banker and writer, has explained whether the White House and Federal Reserve are doing enough to keep the US afloat and why re-opening is regarded as time-critical for the American economy.

Sputnik: Are the monetary and fiscal instruments adopted by the US government enough to pave the way for a recovery? What additional measures might the White House and Federal Reserve adopt to boost the process?

The downside of prolonging the lockdown for more than one month is unfathomable in terms of economic damage and job losses. For this very reason, some countries have decided against the lockdown, such as Brazil or Sweden, and until very recently Japan. The downside of early de-confinement is the risk of viral resurgence and more deaths, but it can be mitigated by a number of means, including masks, social distancing, saliva tests for the existence of the virus, generalised pre-emptive medical treatment with hydroxychloroquine after the first symptom, and later generalised serological tests to establish immunity, well before any vaccine is available.

The US government and the Fed have laid out an impressive array of monetary and fiscal measures, which by nature address only liquidity issues, but cannot resolve the looming insolvability threat for consumers and corporations, especially small businesses, with the largest potential of job losses, which could stem from an elongation of the current lockdown. If correctly assessed by me, the US Treasury is currently providing a form of TARPS scheme, tuned not to the banks which do not need it for the time being, but for the small businesses, which is the priority focus of this crisis. Short of providing helicopter money for all and for months, at the cost of destroying the solvability of sovereign borrowers, there are no other reasonable decisions to be taken.

One area of improvement may be the states' response. The US' specific issue is its federal nature, with states on the front line of the virus battle with most powers, and the federal government with a more marginal, but essential role of coordination and war-time powers of funding and requisition. It is unfortunate that Democrat governors such as in Michigan have politicised this virus fight, at the expense of patients. This irresponsible demeanour should be stopped immediately.

Sputnik: What measures could the Trump administration take to return to 2019 unemployment indicators and how much time would it take?

Fabien Chalandon: There is no previous experience of such a magnitude to draw lessons on when to implement and how to optimise the exit of a total confinement, except maybe when exiting war-time restrictions.

The lockdown does not damage the economy in a uniform manner. It hits particularly hard those sectors that cannot implement work-from-home processes, especially businesses which rely on mobility, such as taxis, airlines, and on providing local services in usually cramped premises, such as restaurants, hairdressers, but also activities linked to tourism. In fact, industrial activities seem to be still operating as they do not require mustering packed workers in confined spaces, and some sectors are even booming, such as toilet paper, masks, or fresh food for delivery home.

While the impact of this supply-side-led crash may come to a halt as it is running out of natural targets, it will be followed by a demand-led crash which will hit the still ongoing and relatively healthy part of the economy, as progressively, within a couple of months only, the crash of income incurred by those losing their jobs early in the process hits the overall demand for goods in still relatively strong sectors. This is the main danger of the current situation, which has to be avoided at all costs.

In addition, within one sector, such as food for example, the lockdown can distort the supply chains and progressively saturate some while keeping others underused and even at a standstill. This is currently starting to happen as food demand has moved from restaurants, now closed, to takeaway and fresh food. Because the supply chains have been built on a just-in-time basis, the lockdown upends the entire industry, and can create dramatic local or sectorial shortages. International supply chains are all the more under strain for the same reasons.

Medical common sense would favour de-confining those showing enough immunity, i.e.: not only the presence of antibodies, but also adequate level of them. Unfortunately, serological tests are still not quite fully operational. At the same time, procrastinating more could destroy the economy, and trigger mass unemployment, civil unrest and deaths. The priority is therefore to de-confine as soon as possible the sectors which incurred the largest proportion of job losses in the early stage of the lockdown, mainly small businesses, while focusing on this segment of the economy the bulk of the currently available means used to deflect and treat the virus, including masks, as well as to test both the virus and its antibodies.

This implies to assume a certain degree of risk in terms of resurgence, which office doctors tend to shirk: it is the role and the responsibility of the politicians, and in the US, the president and the state governors, to decisively arbitrate and to reign in on a certain medical despotism.

This becomes all the more urgent as the currently sinking reality is that the potential mortality of this virus has been way over-exaggerated: for example curves of new cases and deaths are now going down; even in New York forecasts of ventilators of 30,000 were way off from reality, with actual numbers closer to a maximum need of less than 7,000, and still going down. In Seattle, the starting point of the pandemic in the US, the large field military hospital set up at great cost has never been used… To continue a total lockdown is suicidal, except for life-long public servants, such as office doctors...