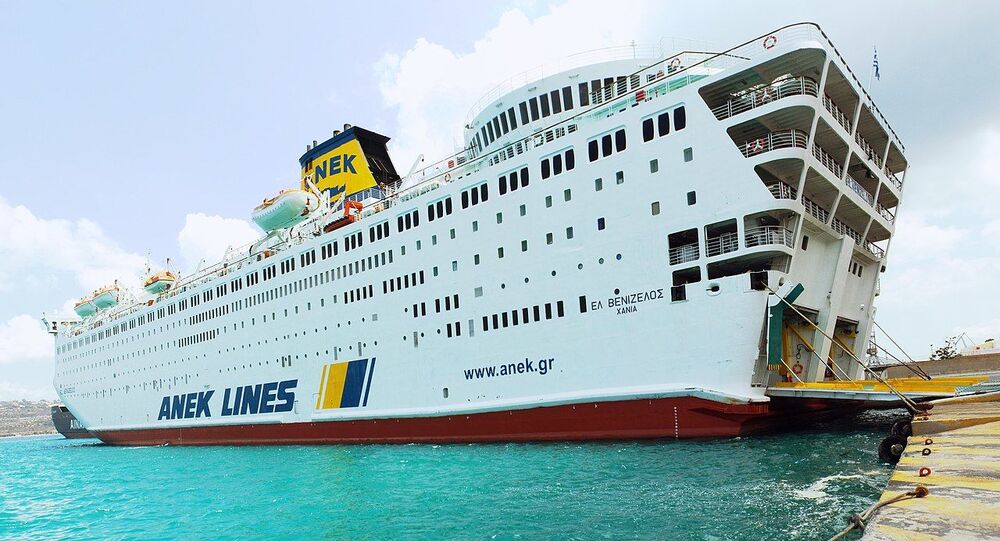 The passengers and crew of the El Venizelos cruise liner, a total of 152 Turks and 8 foreign nationals, have arrived in Turkey after being quarantined in Greece on 3 April. They are currently under medical supervision.

Sputnik has spoken to İshak Akbay, one of the crew members of a cruise ship that was stranded near Athens after being placed under quarantine with over 100 passengers and crew, about the 40-day isolation on board the El Venizelos cruise liner.

"On 9 March, we left the port of Çeşme for Spain; five days later we reached the port of Cadiz. However, unfortunately, a quarantine was introduced in Spain at the time, so we had to return. We requested permission to return to Turkey through the ports of Kuşadası and Çeşme, but we didn't receive the permission so we changed the course for Greece and arrived at the port of Piraeus. The Greek Ministry of Health treated us extremely well; they demonstrated their hospitality and friendly attitude. We were tested, then some of us were placed in open Athens hotels, and some remained on the ship", Akbay said.

According to him, the passengers and crew had to go through a difficult time due to various reports published in the Turkish media at the time when they were quarantined for more than 40 days.

"At the time, the most terrible thing was the reports in the Turkish media calling our ship 'the ship of death'. This news was completely untrue, but it caused a lot of concern for our family and friends. It seemed that there was a great tragedy on board, that there were a lot of patients. The media published some weird figures, we couldn't believe they could write such a thing", Akbay explained.

He pointed out that the overwhelming majority of those on board felt well all the time, and only two of the passengers were taken to hospital: one of them was a 75-year-old Swedish citizen who felt unwell due to a chronic illness, while the second one was a young Indonesian who suffered kidney failure.

Akbay revealed that aside from them, no one had a serious condition, only minor symptoms showed up: he, for example, only had a sore throat and felt weak.

"The other night, at the initiative of the Mirai International company, eight buses took us back to Turkey. There were so many rented buses because each of us was seated alone, one person for two seats. We were all placed in hospitals in the cities of Çanakkale, Tekirdag and Kırklareli. Non-Turkish citizens were sent back to their homelands. They explained to us that in a few days we would be able to return home, but we would all be quarantined if anyone had any suspicious symptoms", Akbay said.

While admitting that the entire world is going through a difficult time, he praised the Turkish authorities for taking all necessary measures to fight the pandemic.

​"Amid the situation in the United States and Europe, Turkey’s success is obvious. Our doctors are dedicated, even though they have to work in very difficult conditions. We can help them by staying at home and, in extreme cases, by not going outside without wearing a mask", he concluded.