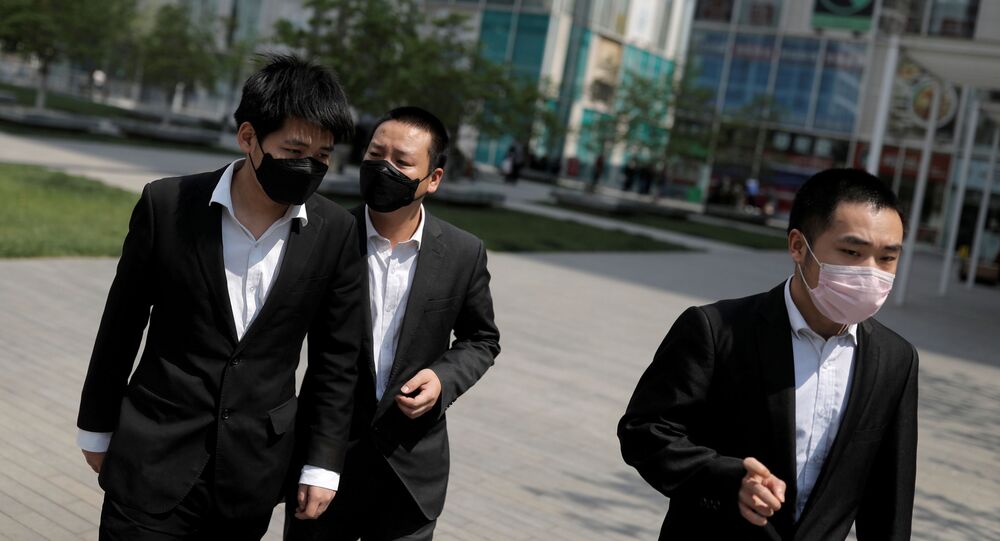 Amid the coronavirus epidemic, the Chinese economy shrank by 6.8% in the first quarter, marking the first fall since 1992. However, the IMF expects the economies of some Asia-Pacific countries, especially China, to grow by the end of the year and become the drivers of global recovery.

According to experts, China will be able to maintain the growth of its own economy and create global demand, which will save many countries from a sharp fall.

At first glance, the data on GDP and other economic indicators of the first quarter published by China’s National Bureau of Statistics doesn’t seem too encouraging. The economic decline has exceeded the consensus forecast of many economists, amounting to 6.8%. At the same time, retail sales have fallen by 15.8%, and investment in fixed assets has fallen by 16.1%. However, the indicators of industrial production have turned out to be much more positive than planned, falling by only 1.1%.

At the same time, it should be remembered that China was the first country to encounter the coronavirus epidemic. In the absence of any experience, the country had to on the go develop measures to counter the new threat and take the first blow, which is always much more difficult than following a beaten track. Nevertheless, according to the IMF forecast, the economic situation in other countries will be even more critical. In the second quarter, US GDP may fall by almost a quarter and a fall of 5.9% is expected by the end of the year. Italy's GDP will fall by 9.3%, and Spain's GDP will decrease by 8%. According to the IMF, by the end of the year, the economies of almost all developed countries will inevitably face a fall by an average of 6.1%.

Developing Asia-Pacific countries, especially India and China, will remain the only growth drivers, the IMF predicts. China’s annual growth is estimated at 1.2%. India’s GDP is expected to grow even more, by 1.9%. Indonesia will also remain afloat, with a 0.5% increase; a slight increase is expected in the Philippines and Vietnam. On average, according to the IMF, at the end of the year, the APR developing countries will balance at around 1% GDP growth.

Therefore, the current quarterly GDP data in China is not bad news. On the contrary, the fact that the Chinese authorities have published such statistics is a positive signal. This means that Beijing openly recognises the existing difficulties and is speaking about them to the rest of the world, preparing adequate measures to solve the problems, Alexander Gabuev, head of the "Russia in the Asia-Pacific Region" programme at the Carnegie Moscow Centre, said.

“It’s quite positive that China has honestly reflected the GDP fall in the first quarter. And it’s obvious that the Chinese leadership understands the problems and doesn’t try to brighten up the situation. However, there are some doubts regarding the scale of the fall. It seems that if at least one and a half or two months of economic activity were lost, largely due to quarantine measures, the depth of the fall may be greater”.

To combat the epidemic's spread, the Chinese leadership has made a difficult decision to quarantine cities, including Wuhan with its population of 11 million. Given that the economy hasn’t been working for such a long time, a 6.8% fall is not that bad, Huang Weiping, professor of economics at the People’s University of China, said. According to him, as production recovers, the economic situation will also improve. However, there are certain pitfalls. Since the pandemic has affected many countries, including major markets for Chinese products, a drop in global demand is a serious challenge for China, the expert said.

“In the first quarter, many enterprises didn’t resume work or resumed it partially. In addition, quarantining cities and roads has naturally made logistics impossible, which contributed to a significant drop in demand. Everything has been hit hard – the tourism industry, the entertainment industry, catering. Considering that the tertiary sector of the economy now occupies a relatively large share, I think that a fall by 6.8% is still quite acceptable. I’m sure that in the future the economy will recover quite quickly. Things have started to improve since mid-March; production is gradually growing. But I suppose there are two points that deserve attention. Firstly, the number of foreign orders has decreased significantly due to the epidemic’s impact on Europe and the United States. Therefore, it’s necessary to increase domestic demand. Secondly, it’s necessary to restore all ties in the supply chain, because it doesn’t matter which link is interrupted – lower, middle or higher – it will still hinder the normal production process. However, in the first quarter, the volume of new loans issued in yuan exceeded expectations and amounted to 7.1 trillion yuan. And some time later, the positive effect of this will be seen. So I’m confident of the growth prospects in the next three quarters”.

China is now on high alert. Despite the fact that the country has managed to contain the epidemic's spread and minimise the number of “domestic” cases, there is still a chance that the number of “imported” cases may increase since the pandemic is far from being over in the rest of the world. Prevention of a second wave of the epidemic is the most important task on which the economy will depend in 2020, Alexander Gabuev believes. Therefore, the country will exist in a state of contraction. However, there is every reason to believe that China will be the locomotive of growth restoration – if not for the entire global economy, then at least for some of sectors and some countries.

“For China, the decline in growth is not only an economic, but also a socio-political problem, since many of the affected industries employ tens of millions of people who live in large cities. And for them, losing jobs means losing livelihood. That is why, if China doesn’t have enough incentives to pump up the financial system, it will use proven methods for implementing large infrastructure projects, possibly of an environmental nature, for example, by replacing power plants or buildings that don’t meet modern environmental requirements with more modern ones. This will help create employment. And this also means that the demand for a number of commodities, primarily metals, as well as hydrocarbons, will decrease slightly, or perhaps even remain at the same level”.

“The first data that we see on Russian companies’ exports to China make us cautiously optimistic because ferrous and non-ferrous metallurgy sales in China are growing slightly in physical terms, with a slight increase in nickel prices. Oil companies haven’t reduced their supply to China, at least in the first three months. I think that this will lead to a rather large reorientation of Russian oil exports to China in the light of the OPEC+ deal”.

According to Gabuev, China’s measures to address socio-political and economic problems within the country will allow some countries and companies to improve their situation. This is quite relevant for Russia as well as post-Soviet commodity countries, first of all, the Central Asian states, such as Kazakhstan, Uzbekistan, and Turkmenistan.

© AP Photo / Richard Drew
COVID-19 Crisis: US Economy Unlikely to Bounce Back, Gov't May Add Insult to Injury - Economists
Resuming production within China will create the demand necessary for the normal functioning of global supply chains. Therefore, China’s contribution to global growth after the pandemic could be even greater than before, Huang Weiping said.

“If resuming production in China can support the supply of global supply chains, it will be very useful for the global economy. According to statistics, China annually contributes to about a third of global economic growth. Therefore, China’s quick recovery will help global recovery. And it’s entirely possible that this year, China’s contribution to global growth will be even greater than before.”

The expert's opinion is confirmed by a statement of Mao Shengyong, spokesman for China’s National Bureau of Statistics, that was made when publishing the current data. According to him, the country’s authorities will introduce additional incentive measures if necessary and will focus on supporting domestic demand. According to him, over the next two years, the growth of the Chinese economy should be more than 5%.