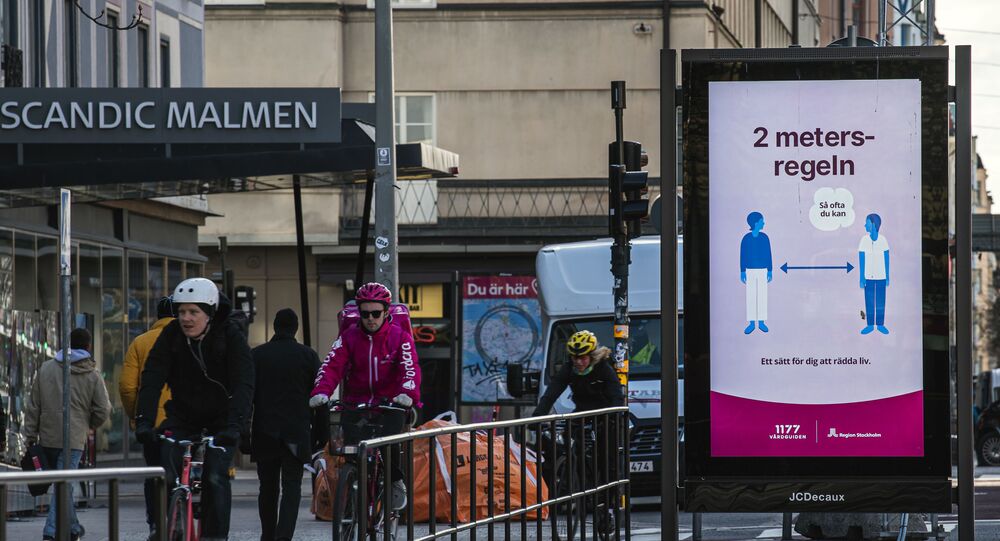 Swedish Example 'Not One to Follow' – Journalist on Coronavirus Lockdown Strategies

Westminster has announced that the UK’s coronavirus lockdown will remain in place for a minimum of another three weeks.

At yesterday’s daily government broadcast, British Foreign Secretary Dominic Raab standing in for Prime Minister Boris Johnson as he continues his recovery from the virus went on to outline that the country’s infection rate must begin to show definitive signs of slowing before any restrictions on public life are lifted.

But should the lockdown have been put in place sooner? And just how long will it be before businesses in the UK can resume their normal operations?

Journalist Marcus Stead gives his views on the matter.

Sputnik: How long will the coronavirus pandemic go on for?

Marcus Stead: The biggest problem we have right now is how little we actually know about the coronavirus, and there are basic and fundamental questions that science simply isn’t able to answer right now. The biggest question is can you get the virus more than once? Or if you have had the virus, do you then have a certain level of immunity or no immunity at all?

Nobody can answer these questions with any degree of certainty, so with that in mind; what is the value of testing? An antibody test could be carried out on a nurse or a doctor to tell them whether they have got the virus at that moment in time, the test result could be negative, but the next day they could get on the bus, go to work, and pick up the virus on that bus and become a carrier of it very quickly, so these are fundamental and basic questions that we simply just don’t know the answers to.

Sputnik: Could the government's failure to implement it earlier lead to the UK recording the highest coronavirus death toll in Europe?

Marcus Stead: The real question isn’t so much is the lockdown working? More to the point; it is how much worse would the daily figures be if we were not in a state of lockdown? For quite some time there have been fringe scientists and online conspiracy theorists saying that the lockdown was completely unnecessary and that Sweden’s much lighter lockdown was evidence of this.

Actually, Sweden did take some measures. In a pub there, for example, you have to be served at a table rather than at the bar, but their lockdown wasn’t anything like as severe as what is being seen in most other countries.

Sputnik: Could the UK’s lockdown be loosened gradually after the three week extension period comes to an end?

Marcus Stead: How will the lockdown end? There are lots of assumptions, they say that figures are going to peak, and then that they will tail off and we will all live happily ever after, but it is not anything like as simple as that.

Take Australia as an example; their number of daily cases is now very low indeed, but Prime Minister Scott Morrison knows that ending the lockdown anytime soon is a risky business, and we need to bear in mind that this whole pandemic almost certainly began with just one person in China, and with that in mind, if Australia starting opening up shops and restaurants and started allowing flights into the country, then it is very likely that there would be a second wave of cases, and we’d effectively be back to square one.

In Spain; yes, lockdown restrictions have been loosened very slightly, but in reality, it’s really a re-definition of what constitutes an essential service, and in Catalonia where they have a great deal more autonomy, their leader has no plans to ease the lockdown.

In Denmark, we are seeing young children return to schools, but under very strict conditions, they are being kept two metres apart, but in British society that would be very difficult indeed, the classes are far too large for that, it isn’t the norm.

Children are the least likely to become seriously ill from the coronavirus, but they are still carriers, they often get to and from school via public transport, and when they are at school they will come into close proximity to teachers and dinner ladies, and often children in the UK are cared for by their grandparents before their parents finish work.

Under these circumstances, young children will pose a major risk to their grandparents, and could easily end up killing them, to put it bluntly, by infecting them with the virus, it’s that serious.