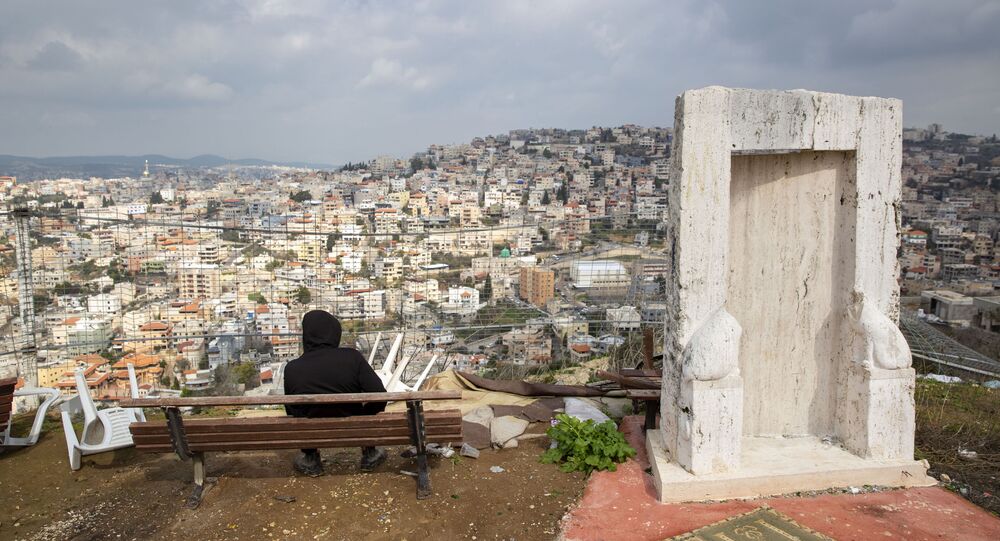 As Number of COVID-19 Patients Rises, Israel's Arabs Realise They Can Only Rely on Themselves

The Jewish state has conducted more than 200 thousand checkups since the outbreak of the virus in late February, but Israeli Arabs who make up some 20 percent of the country's population, complain that only less than five thousands of those tests reached their towns and villages.

The number of Israeli Arabs who have contracted COVID-19 is on the rise in some Arab towns and villages, Israel's Health Ministry warned.

Residents of Deir Al Asad as well as several other neighbouring towns in northern Israel were asked to stay at home as authorities confirmed that more than 30 people have been infected by the virus. Another Arab town, Umm Al Fahm, also located in the north, has registered 55 cases.

Last week, the Health Ministry released reports on the situation in the Arab sector, revealing that Jerusalem continued to lead in the number of Israeli Arabs infected, registering more than 1,600 cases. Tel Aviv-Jaffo and Haifa came in second and third with 413 and 118 patients, respectively.

Too little, Too Late?

But Yousef Jabareen, a Member of the Knesset from the Joint Arab List, Israel's third largest party, believes the numbers could be much higher and has accused the government of not doing enough to find those Arab citizens who are infected.

"[Official] statistics demonstrate that less than ten percent of tests conducted nationally have been given to Arab citizens, way lower than their percentage of the population."

Since the eruption of the pandemic in Israel in the end of February, the Jewish state has conducted more than 200 thousand tests, averaging six thousand per day. Even though the number of daily tests continues to climb, with reports suggesting that Israel has conducted some ten thousand tests in the past days, Arabs complain the medical checkups barely reach their villages.

"To get a more accurate picture of the health situation in the Arab community, Israel needs to conduct more tests," believes Jabareen, who is urging the authorities to set up more medical drive-through stations where potential patients can arrive to obtain necessary checkups.

The only problem is that these too, just like the tests themselves, are not that accessible for many Arabs residing in remote northern or southern areas of the country. Apart from Dir Al Asad and Umm Al Fahm, where the authorities agreed to open such drive-throughs, medical stations can also be found in the predominately Arab Nazareth, Rahat, East Jerusalem and Iksal, as well as Haifa, Beer Sheba and Tel Aviv-Jaffa with their mixed Jewish and Arab populations.

However, according to Jabareen, this is definitely not enough to check a community that makes up some 20 percent of Israel's total population of 9 million.

"When the drive-throughs are located close to home, and not 30 minutes or more away, more tests will be taken. Same goes for linguistic accessibility, as stations near Arab localities offer an abundance of Arab volunteers who can direct people and guide them."

Until Israel figures out a way forward in an attempt to contain the spread of the pandemic, the Arab community has decided to take matters into their own hands.

"When you feel that the system is alienating you, your only choice is to organise yourself," said Jabareen, who together with other members of the Joint List, approached various governmental ministries and institutions urging them to improve the health services they provide to the Arab population, translate publications on the virus to Arabic and provide hospitals of Nazareth with appropriate medical equipment.

Calls have also been made to make sure that those in need of economic assistance get it, as Israel's unemployment rate bypasses 25 percent, becoming the country's highest since the establishment of the state in 1948.

Another initiative came from Adala, an NGO aimed at promoting equality among Jews and Arabs in Israel. Several days ago they approached the country's Attorney General Avichai Mandelblitt asking him to urgently integrate women and representatives of the Arab community into the National Security Council's committee that was established to tackle the pandemic.

Jabareen supported the initiative. "Some 20 percent of doctors, 25 percent of nurses and nearly 50 percent of pharmacists in Israel are Arabs. However, these professionals are not included in Israel's professional decision-making structures. As a result, the perspective of our community is absent during these critical days."