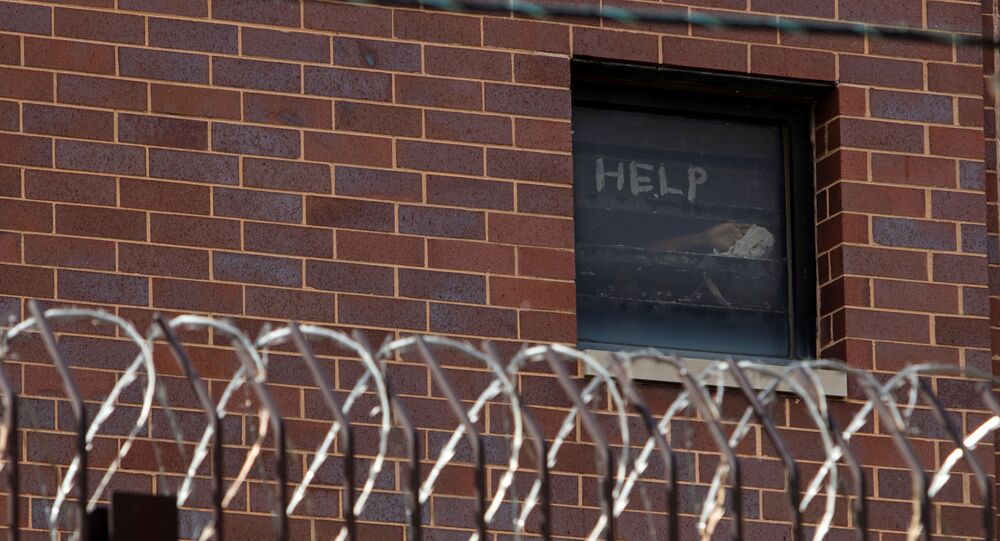 Detainees must be released from a Chicago jail that is battling a severe COVID-19 outbreak, because jail should not be a death sentence, Bill Ayers, an activist, educator and the author of the book “Demand the Impossible: A Radical Manifesto,” told Radio Sputnik’s Loud & Clear.

The rate of infection in Illinois’ Cook County Jail in Chicago is very high, as more than 500 people within the prison walls have tested positive for the deadly coronavirus. A Monday report by NPR reveals that two-thirds of the cases involve detainees. In addition, three detainees so far have died from complications related to the virus.

“Cook County Jail itself is overwhelmingly Black and Latin - it’s not a place where white people go,” Ayers told host John Kirakou on Monday in response to Chicago Mayor Lori Lightfoot’s statement on Sunday that nearly three-quarters of all people who have died from the virus in Chicago were Black, even though Black people only make up 30% of the city’s population.

“First of all, this number, 72% of fatalities in Chicago due to the virus are African-American. Well, 30% of the population is African-American, and this should come as no surprise to anyone who understands health inequalities, inequities, for anyone who understands the history of white supremacy in our society ... White supremacy and the oppression of people of color continues. So, it shouldn’t be a surprise. On the other hand, it should be an outrage,” Ayers explained.

“What we have in Cook County Jail is a hotspot, one of the hotspots in the US,” Ayers noted, explaining that many detainees in the jail are awaiting trial or awaiting transfer to prison.

“They are sitting there stuck in what amounts to an impoverished cruise ship where they can’t get socially distanced from one another, they don't have good food, they don’t have sunlight or exercise, and they are basically sentenced to death for a minor crime - or [if] presumed innocent, [are] awaiting adjudication and facing death for that reason,” Ayers explained.

On April 7, many prison abolitionists and activists circled Cook County Jail in solidarity with the detainees. Their car windows were painted with slogans such as #FreeThemAll and #MassReleaseNow.

“Committing a crime or making a mistake or being presumed to have committed a crime should not be a death sentence, and right now, that's what it is … What we really need to do is empty the prisons. We have to imagine a society where that’s possible to make it possible,” he added.

According to a Monday report by NPR, Cook County’s public defender, the state’s attorney and other officials have agreed to release many detainees from jail, specifically those charged and awaiting trial and others serving less than a year for minor crimes. There are fewer than 4,400 detainees at the Cook County Jail, which is 20% less than the number of detainees about a month ago.

"Seventy-five to 80% need to be here because they are accused of violent crimes. That means we have about a thousand people that we could work to try to figure out how to get back into the community safely,” she said, NPR reported.

“On behalf of themselves and a putative class, they [the detainees] have sued the Cook County Sheriff Thomas Dart, who operates the Jail, alleging that he has violated their rights under the Fourteenth Amendment by failing to provide them with reasonably safe living conditions in the face of the current coronavirus pandemic,” the lawsuit explains.

A lawsuit was also filed last Thursday by the family of Jeffery Pendleton, the first detainee at Cook County Jail to have died from a COVID-19 related cause. According to the lawsuit, officials shackled Pendleton to a bed while he was infected with the virus.

“[The] shackling policy, applied to Pendleton, was excessive, caused gratuitous pain, and violated his rights under the Fourteenth Amendment,” the lawsuit explains.

Under the Fourteenth Amendment, “No state shall make or enforce any law which shall abridge the privileges or immunities of citizens of the United States; nor shall any state deprive any person of life, liberty, or property, without due process of law; nor deny to any person within its jurisdiction the equal protection of the laws.”

According to Dart, changes are already being made at the jail to protect detainees and employees. Single cells are being used as much as possible, and a mobile testing site has been set up for employees.

"We're part of this community here, we cannot just be releasing people in the community and saying 'good luck.’ Weeks ago we started screening people when they leave the jail to ensure that they aren't bringing something back to the community,” Dart told NPR.

Coronavirus Chile: Pinochet-Era Rights Abusers Could be Freed From Jail