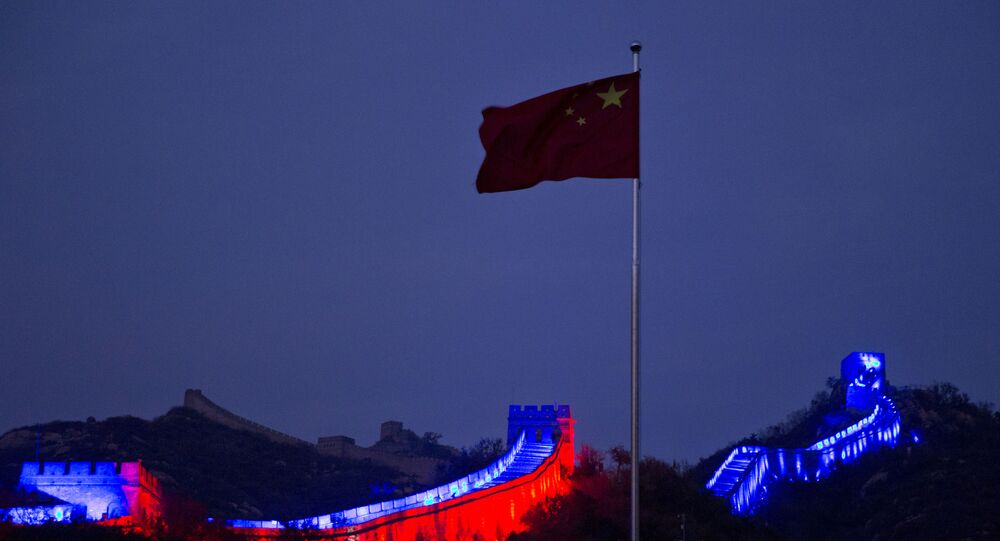 US Increases Pressure on UN to Counter China's Growing Influence

The United States is trying to politicise the activities of another United Nations agency following the conflict with the World Health Organisation. Seven Republican Party senators have called on the UN Secretary-General to suspend the appointment of China's representative to a key mechanism of the UN Human Rights Council.

In a letter to Secretary-General Antonio Guterres, however, seven US Republican senators urged the head of the UN to intervene and prevent the appointment of the Chinese representative. Among them were those who once tried to inspire anti-Chinese campaigns in the UN and the United States in response to alleged human rights abuses in Xinjiang, Tibet and Hong Kong.

According to the letter released by the senators, as cited by Fox News, “China should not assume a prestigious position or influence the UN Human Rights Council while it violates human rights at home and abroad.” US lawmakers told the UN Secretary-General that Jiang Duan's status would give China a central role in the choice of at least 17 independent human rights experts, including those monitoring freedom of speech, enforced disappearance and arbitrary detention, as well as human rights violations.

The US left the UN Human Rights Council in 2018 after apparent failures to find support for its attempt to politicise the work of the institution. Meanwhile, in recent years China has actively defended the rights and interests of developing countries in this UN institution. The decision of the Asia-Pacific states to entrust China with representing their interests in the Consultative Group is obvious evidence of China's growing and strengthening international prestige.

An attempt by US Republican senators to stir up a scandal around China at the Human Rights Council immediately followed the US conflict with the World Health Organisation. On 7 April, when the world was celebrating World Health Day, the US President threatened to stop funding the WHO. He did so alleging that the WHO is “always on China's side”.

WHO Director-General Tedros Adhanom Ghebreyesus, for his part, accused the US of politicising the COVID-19 pandemic. He said WHO did not engage in politics and there was no need to use the pandemic to score political points.

The WHO Director-General also denied claims that the organisation was supportive of China and called on the US and China to work together to fight the pandemic.

The WHO may have no intention of taking the Chinese position on the pandemic, but its reports are undermining US attempts to politicise the health crisis, a Chinese expert from the Chongyang Institute of the People’s University of China, Wang Peng believes.

“One of the main obligations of any sovereign country is its participation in international organisations, including the WHO, and the timely payment of contributions. However, the reluctance of some countries to adhere to this rule does not mean that they may prevent others from fulfilling these obligations. On the issue of human rights and epidemic prevention, the positions of international organisations may be more objective and fair than the views of individual sovereign states in this regard. Therefore, it would not hurt to listen to the assessments made by international organisations, whether it is a human rights issue between China and the United States or their role in preventing the epidemic,” the expert said.

Wang Peng believes that some US politicians and the media have spread unfounded allegations concerning China's role in preventing the pandemic. Meanwhile, the WHO and some other UN agencies have presented their reports.

“These institutions had no intention of whitewashing or protecting China. They simply presented objective conclusions that showed the groundlessness of the anti-Chinese claims. Hence the nervous reaction of some countries and politicians, which eventually led to sharp criticism of international organisations and even direct attacks on WHO Director-General Tedros Adhanom Ghebreyesus. Such behaviour perplexes the global sensible public. The politicisation of human rights and other humanitarian issues is the constant malpractice of these countries. The use of such a method in the fight against the epidemic is nothing more than longstanding trickery.”

During the pandemic, China was able to demonstrate the effectiveness of its political system and economic policy, a Russian expert at the National Institute for the Development of Modern Ideology, Igor Shatrov, said in an interview. In his opinion, the epidemic has consolidated Chinese society and has not shaken its foundations. The US was counting on the opposite result, hence their policy of criticising China:

“US rhetoric and actions in the UN are comparable to cramping. They have missed China's leap and are now trying to make up for it. The pandemic has reflected a systemic crisis of Western values while strengthening another system, represented by China. The appointment of Chinese representatives to senior positions in international organisations and global cultural projects increases China's geopolitical authority, so we can expect new examples of how the US will try to prevent this. The US will definitely continue this line because the ideologisation of its policies is increasing unprecedentedly,” the expert said.

Commenting on the accusations the US has levied at the WHO, Chinese Foreign Ministry Spokesperson Zhao Lijian drew attention at a briefing on 9 April to the statement that was adopted after the recently-held special summit of G20 leaders. The statement stressed the need for full support and commitment to further strengthen WHO's responsibilities in coordinating international anti-epidemic activities. China will continue to strongly support the work of the WHO and support the continued leadership of the WHO in the global fight against disease epidemics. The diplomat also noted that the UN Secretary-General, the African Union, Ethiopia, France, Rwanda and other states and politicians had recently publicly expressed their support for the WHO. They believe the international community should strengthen its cooperation in combating epidemics amid the current crisis.