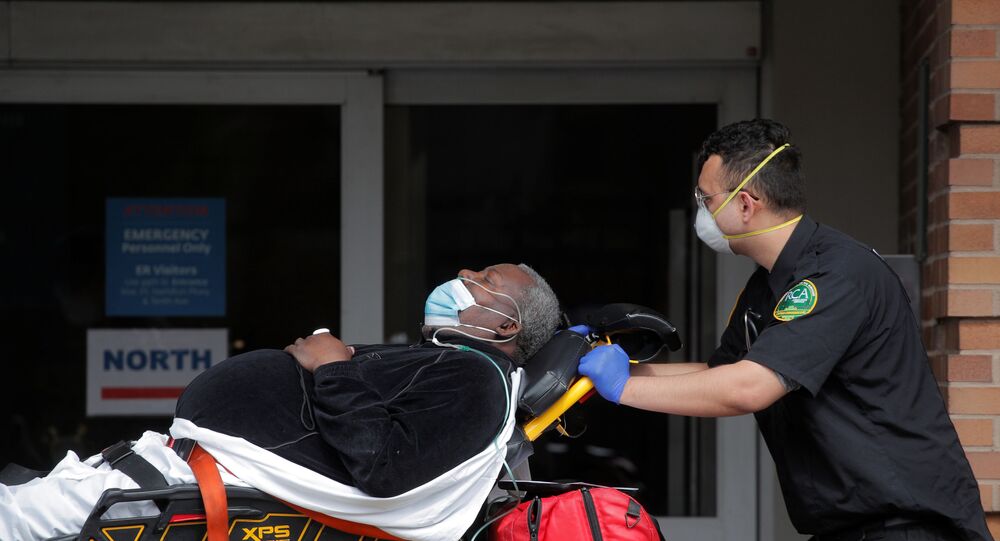 Despite New York having well over 138,000 confirmed cases of the COVID-19 novel coronavirus and nearly 5,500 deaths statewide, one expert tells Sputnik that recent data reports from government officials prove that lockdown and social distancing policies in the state and New York City are working.

Jim Kavanagh, the editor of ThePolemicist.net, joined Radio Sputnik’s Loud and Clear on Tuesday to discuss how the so-called epicenter of the US COVID-19 pandemic is making progress in the right direction.

“I’ve got to believe the social distancing protocols are working, because I can see them in place,” Kavanagh told hosts Brian Becker and John Kiriakou, noting that there are not many people occupying the streets during the rare times that he actually leaves his home.

New York Governor Andrew Cuomo said Tuesday that the state’s three-day average of COVID-19 hospitalizations had dropped to 529, which is less than half of the estimate from last week.

New York City Mayor Bill de Blasio also offered good news to his constituents on Tuesday, announcing that Monday was the “first time in many days” that the city did not see an increase in patients needing ventilators, according to the Washington Post.

Kavanagh said that while he respects the policies implemented to fight the spread of the novel coronavirus, we should not be of the opinion that these rules should remain until there is a 0% risk of contracting or spreading the virus.

“There’s never going to be zero risk,” he asserted. “Viruses aren’t going to disappear, and you can’t lock this country down forever.”

According to NYC Health, the city has seen a total of 74,601 COVID-19 cases, hospitalized 19,177 infected individuals and reported 3,544 deaths from the novel coronavirus.

Following a Monday announcement from US President Donald Trump, the US Navy revealed that it would begin accepting COVID-19 patients on the USNS Comfort, which is currently docked in Manhattan. The service’s move is expected to provide relief for area hospitals to a greater degree than its original mission that forbid those with the virus, or 49 other medical conditions, from being transferred to the Comfort.

Video: US Police Use Siren From ‘Purge’ Horror Movie to Signal Start of COVID-19 Curfew