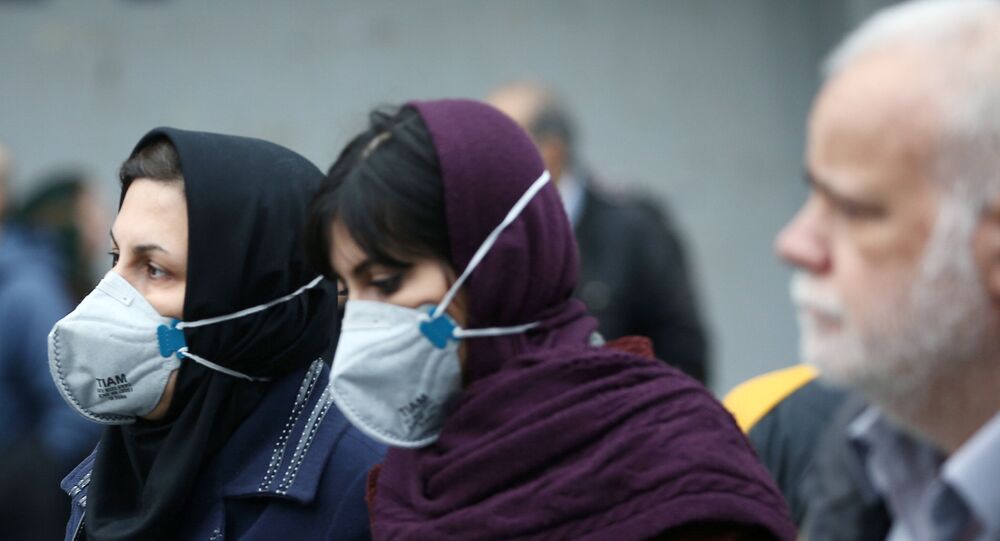 Iran has managed to contain its coronavirus outbreak even under crippling US trade sanctions that have limited the country’s access to medical equipment and other resources, Sayyed Mohammad Marandi, an American studies and postcolonial literature professor who teaches at the University of Tehran, told Sputnik’s Loud & Clear Thursday.

Marandi told Sputnik the situation in Iran is “significantly better than in the US,” despite Washington’s adamant refusal to lower economic sanctions frustrating trade with Iran, which have made buying medicine and equipment for hospitals difficult.

“It has been managed, and that’s largely because - despite all the sanctions in the last four decades - after the [1979] revolution, Iran established a primary health care network across the country,” Marandi told host Brian Becker.

“It exists in villages, in towns, in cities, it’s a huge network. This is the foundation upon which the resistance or the fight against the coronavirus was based,” Marandi said, noting that “Iran had much less time” to prepare for the outbreak than did European countries or the US, being one of the first hit after the virus broke out of China’s Hubei Province.

“But since Iran had less time, Iran was obviously less prepared. And because of the sanctions, because the US government was trying to prevent Iran from being able to fight the virus by preventing Iran from purchasing kits, by preventing Iran from purchasing masks, ventilators - the US government was doing everything it could, basically through the sanctions, to turn the coronavirus into a biological weapon to use against Iran. And they still do,” Marandi said.

“But despite all of that, and despite the hardship that the Iranians went through initially, not being able to purchase their needs, because of this very powerful and very extensive primary health care network that exists in the country, they were able to contain the virus. And now the situation in Iran, despite being hit very hard and being the first to be hit without knowing clearly what it was and how to deal with it - the situation in Iran is remarkably better than what we are seeing sadly in Europe and unfortunately in the US,” Marandi told Sputnik.

The latest data reveals that there are more than 50,000 cases of the virus in Iran, and more than 3,000 people have died as a result. The US has become the epicenter of the pandemic, with more than 242,000 cases and almost 6,000 deaths from the disease.

In a recent statement, Iranian Foreign Minister Javad Zarif referred to the US sanctions against Iran as “economic terrorism.”

“We had always said the sanctions are unjust, but coronavirus revealed this injustice to the world,” Zarif added.

In a Saturday tweet, US Secretary of State Mike Pompeo claimed that Iran’s “concerted effort to lift US sanctions isn’t about fighting the pandemic” but is rather about Iran’s leaders “trying to avoid responsibility for their grossly incompetent and deadly governance.”

Even though the US claims that its sanctions don't prevent the sale of medicine and medical devices, the secondary sanctions on financial institutions and businesses have prevented Iran from buying necessary items like ventilators that could save the lives of coronavirus patients, the New York Times reported.

Renewed Tensions With Iran in Iraq

In the midst of the pandemic, US President Donald Trump on Wednesday took to Twitter to warn Iran against attempting to attack US troops or assets in Iraq after claiming that Iran or its proxies “are planning a sneak attack on US troops and/or assets in Iraq.”

One day later, Zarif tweeted: “Don't be misled by usual warmongers,” adding that the US “surreptitiously lies, cheats & assassinates,” while Iran “only acts in self-defense.”

“Iran starts no wars, but teaches lessons to those who do,” the minister added.

According to Marandi, Trump may be threatening Iran in an attempt to distract American citizens from the catastrophic mismanagement of the coronavirus within US borders.

“Iran is an extremely powerful country. If the US carries out an attack on the country, it will have devastating consequences for the Americans, and I think the Americans know that. The Americans had to leave Iraq about a decade ago when the small resistance with light weapons put up a fight against an American force with all its allies that were well over 150,000 troops. Now, the Americans in Iraq have 5-6,000 troops. They’re all alone, almost. Almost all of their allies have left, and the Popular Mobilization Forces of the Iraqi Armed Forces is itself well over 100,000. So, I can’t see a situation where Trump can win in Iraq, win in Iran,” Marandi added.