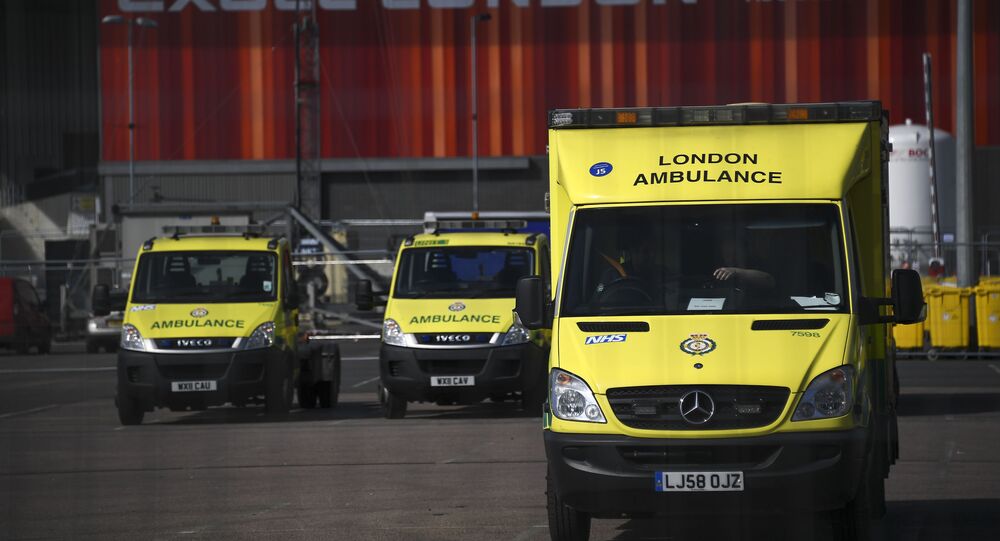 Boris Johnson has stated that he thinks that increased testing for COVID-19, in particular amongst NHS staff, will help overcome the challenges posed by the pandemic. The NHS has recently been bolstered by former staffers agreeing to return, but many still fear 8 hospitals in the UK could be lacking in qualified medical professionals and equipment.

Political Commentator John Whitby gave his views on whether the UK really have the infrastructure in place to introduce large scale Coronavirus testing?

Sputnik: Will increased testing really help alleviate the pressure on the NHS that has been caused by the coronavirus pandemic?

John Whitby: I think the testing certainly will help, and I’m assuming here that the testing will mainly be for antibodies, to see who has had it and who is resistant to it, and obviously the more data you have on that, the more accurate your picture.

Any testing will be good. It would have been lovely to have had it earlier on, but what is it going to tell you? The biggest problem with this, is that nobody was prepared for what is effectively, a once in a hundred year event.

Sputnik: Should the British Government have acted earlier to contain the spread of the Coronavirus?

John Whitby: This is not something that anybody could expect, and they are trying to react to things as they get the information, so it’s a hard one to call. I think they are doing the best you could expect in the situation that they have found themselves in, and it is one that nobody last November or December could have even have thought was on the horizon.

John Whitby: The NHS isn’t so much underfunded, as badly spent. There are billions of pounds every year going into that organisation, and to be honest, what difference would more funding have made?

They can’t build up stores of that sort of material, and hold it there for ten, twenty, thirty or forty years. If you are not expecting this, do you manufacture tens of thousands of ventilators that you may or may not ever use? If you wanted them in ten years’ time; would they be useable?

Certainly I know from personal experience that the protective gloves which we use at work, are useless if you don’t use them within a certain timescale, so you can only hold a certain amount in stock, and realistically it is down to the various trusts, which I think is a very bad way of organising the NHS, to make sure that they have the material that they feel they need.

You can’t plan your entire structure of the NHS around an event that may or may not happen once every one hundred years, you just have to try and react as quickly as you can, and I think that they are doing so.

One thing that I think is going to have to change as a result of this is that we have for many years outsourced our supply of huge amounts of this kind of material to China, and of course all of the material that we really want, we now buy from China, which of course has its own problems now.