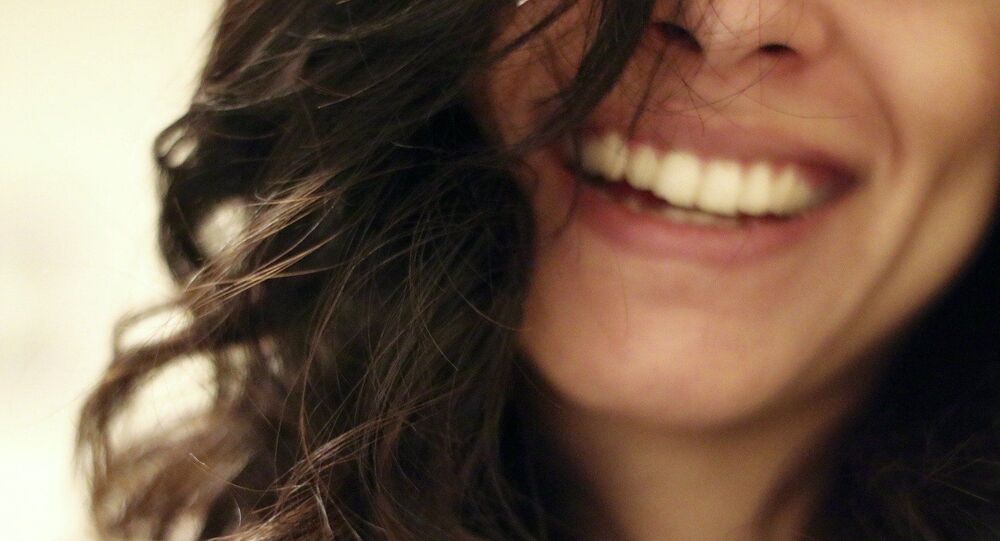 Millions of UK citizens are being urged to take steps to protect their mental health and well-being amid fears that the Covid-19 pandemic could trigger a mental health crisis. These calls follow the suicide of a Norfolk teenager, Emily Owen, who took her own life just two days ago over fears of self-isolation.

Looking at different coping methods and the positive impact of parks and other public facilities, Sputnik spoke to Ian Mell, senior lecturer in Environmental & Landscape Planning at the University of Manchester.

Sputnik: How can public parks be a lifeline for people during this crisis?

So going for a walk saying hello to people from a two-meter difference in the park, hearing birds in the trees, hopefully getting some fresh air and sunshine; it almost takes some of the stress away from what we're seeing at the moment with the virus and because of that it allows people to just take away some of that stress and actually think about the world in a more positive manner.

That's really important at the moment because if you're sat at home all day, looking at social media or listening to the radio, listening to the TV, all you hear is bad news and just that 5,10 maybe even a half an hour, just being outside gives you a change of setting and allows you to almost to reset your body say: 'Ok we're in a slightly different position where we've got different sounds, we've got different feelings, we can feel things differently'.

I think that allows people just to have a sense of normality again. I think one of the things particularly in parks is that they have a wide sense of community anyway, so people in parks they sort of recognising each other, particularly dog walkers, people normally say hello and I think at this time actually just seen a friendly face, seeing someone smiling and saying hello is going to make the world of difference to a lot of people in a similar way with the rainbows in people's windows to cheer kids up say, look, people doing something nice.

I think saying hello in the park sort of doesn't get rid of the problem but it does make people think other people are in this with us and we're all in this together. So, therefore, let's try and do something collectively that makes us all a little bit happier.

Sputnik: What should happen if people don't follow the rules set out by the government?

Ian Mell: This is a really tricky one because you would never advocate or say let's shut the parks because they're such a valuable thing for people at the moment but there has to be some sort of level of patrolling, not necessarily by the police but maybe by park rangers or even communities themselves, to say: 'look, we need to ensure that everybody can continue to benefit from these so let's all just be a bit more sensible'.

Shutting playgrounds does make sense because I've got small children, they carry all the viruses in the world but maybe immune to them so actually stopping the spread of the virus that way seemed quite a sensible idea but I would be really sorry if parks had to close as they are in parts of the UK or parks around the world.

They do offer a lifeline but I can envision a situation where people really don't start to listen then the police might have to close the gates and big parks in London, here in Manchester, in Belfast, for instance; I think that would be an absolute tragedy because then you'd have people stuck in their homes again and they wouldn't be able to get the benefits of going outside.

Sputnik: What are the mental health benefits of parks being open?

Ian Mell: I think there are lots of benefits some of which are about a sense of community, so actually seeing people saying hello, feeling part of a wider set of people who are going through something together. There are benefits to you and your body so your body rhythm starts to slow down a little bit, and you start to reset and the stress starts to leave your body slightly because you're getting rest bite from the presentation of information either through work or through media and you start to just calm down ever so slightly.

If you have any forms of anxiety or forms of mild depression, after spending time outside and having a different set of sounds and sights and feelings can actually help you to recalibrate your body and then feel slightly more at ease. In addition, you've got exercise, which releases quite a number of different hormones in the bodies, which can help you to feel mentally more awake and have more attention, which is always quite good.

We've seen over the last few years a growing understanding from the National Health Service and medical practitioners about doing exercise and natural prescriptions, and actually saying to people go and spend 20 minutes outside, go and sort of get the benefit of a change of setting a change of pace of change of activity and that will help moderate some of those bodily functions which might be too stressed if it were in the house.

© REUTERS / TOBY MELVILLE
Indian Doctors Fighting UK Coronavirus Epidemic Demand Boris Johnson Scrap Immigration Surcharge
I think there is that very strong therapeutic value to nature, which we can all get along with - things like ecotherapy or biophilia are examples of where just having a look or site of nature can make you feel more calm, it can make you feel more relaxed.

In times when we are stressed and in the house quite a lot; going outside into spending five minutes looking at some trees or some grass or some flowers might actually have quite a beneficial impact on people's mood, on people's levels of aggression, people generosity where people start being more friendly and more interactive to maybe their neighbours and maybe to their family just because they've had that 15/20 minutes outside.