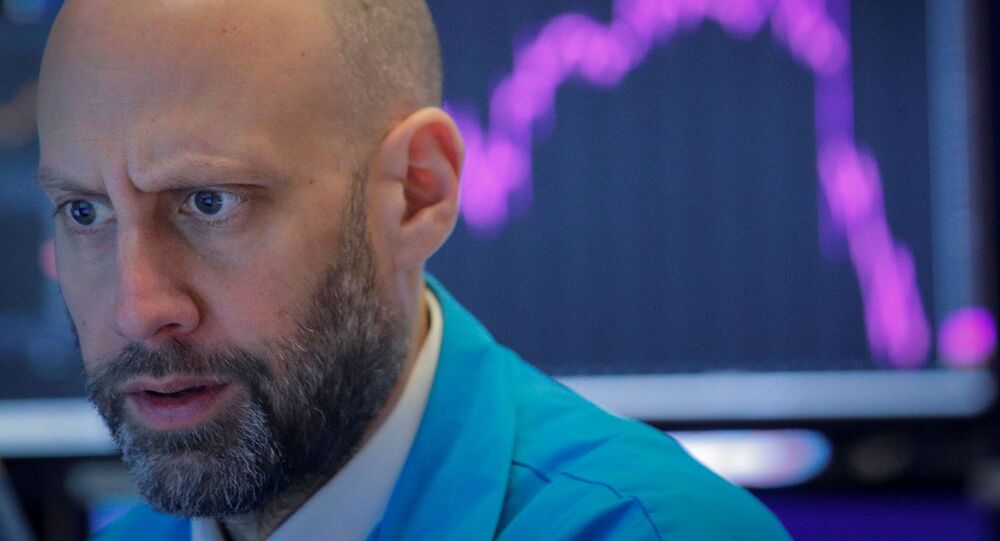 Despite a partisan struggle in the Senate which lasted days, the newly-agreed-upon coronavirus stimulus package was marked by all but universal support for corporate bailouts – the same measure that was tried to handle the 2008 financial crisis.

The Senate on Wednesday adopted the largest emergency aid package in US history, which was largely framed as a measure to protect workers’ jobs and wages.

That might not be entirely true, says Ryan Christian, the founder and editor of the alternative news outlet The Last American Vagabond.

Just another transfer of wealth?

“What is the real motivation behind this legislation?” he inquires. “Following the bail-out of 2008-2009, one of the largest transfers of wealth in US history, no one was truly held accountable, and the entities behind driving the policies that allowed that to take place were allowed to not only take the exact same actions moving forward, but to do so to an unprecedented degree to this day.”

The proposed aid package is worth $2.2 trillion and includes a $500 billion corporate bailout programme; tens of billions of dollars would be allocated out of that pot to distressed airlines and national security companies (those reportedly include Boeing).

That fund is similar to the Troubled Asset Relief Programme (TARP), which was established under the Emergency Economic Stabilisation Act of 2008 in the midst of the financial crisis. It ended up injecting $426.35 billion into troubled banks and auto companies, with a $15.3 billion profit. Damon Silvers, a member of the congressional panel that oversaw TARP’s loans, lamented that this body had played a “purely advisory role” (the lack of oversight is what many fear regarding the currently proposed bailout fund).

Although TARP’s support did help overcome the crisis, Silvers believes that it allowed banks to “bleed homeowners to rebuild their capital” and had a “terrible return for the risk that was taken with the public’s money”.

“Regardless of your opinions surrounding this coronavirus event, there are numerous agendas being both forced in, as well as covered up, using the very fear which the-powers-that-shouldn’t-be helped create,” says Ryan Christian.

“So as we continue to see this package increase by not billions, but TRILLIONS, we must begin to see the old familiar bail-out writing on the wall, before we once again awaken to find that wealth was siphoned from the dying middle class, in order to fund another decade of elitist economic adventurism at the expense of you and your family, and of course, the United States itself.”

Christian insists the public should make sure that the proposed act does not become “another PATRIOT Act-style subversion of our rights that forces every American to become even more beholden to an unaccountable power structure.”

States could fall short of what they need

Another $367 billion would be provided to small businesses to help them keep making payroll, in addition to multiple provisions designed to help them weather impending shutdowns and layoffs. And some $500 billion would be set aside for direct one-time payments to people ($1,200 per individual and $500 per child), coupled with an extra $600 per week for four months to jobless people on top of their state benefits.

Alan Gin, associate professor of economics at the University of San Diego, suggests that the $150 package for state and local governments will “probably fall well short of what is needed”.

New York Governor Cuomo, for example, gave a stinging rebuke of the bill on Wednesday, as it would only provide $3.8 billion to his state, compared with the $15 billion the pandemic stands to wipe off its budget.

“Dealing with the consequences of COVID-19 threatens to strain the budgets of state and local governments to the breaking point, which could lead to the curtailing of other services,” Alan Gin warns.

The other problem is with one-time checks: direct payments to individuals would be “the appropriate course of action if people could spend that money, but that is not the case now,” he argues. “Restaurants are closed, as are retail stores, and not many people are going to be taking vacations with that money.  It would have been better if that money was directed to state and local governments instead.”

He concludes, however: “Although the proposed legislation is not perfect, it will help in trying to prevent a collapse of the US economy.” It remains to be seen at what cost.