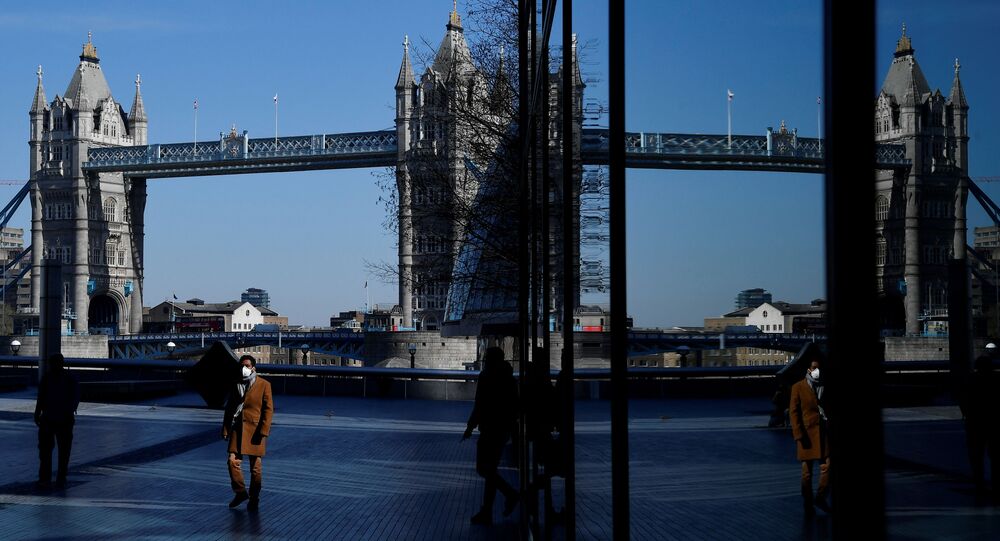 Construction companies in the UK are beginning to halt their operations in a bid to stop the spread of the coronavirus, after the British Government warned that only essential services should be carried out in the coming weeks. But should a stricter lockdown has been put in place earlier by Westminster?

Sputnik: How can the British Government clamp down on the spread of the coronavirus?

Winston McKenzie: The Government don’t seem to realise what the people are going through, the anxiety, they could have acted so much quicker than they did. Boris Johnson always goes against the grain, never listens to his voters, and now we have a catastrophe.

The solution all lies within the testing, and the economy is so important; no-one knows what is going to happen, but if the Government can formalise a comprehensive testing system that works like clockwork, people can go into work and be tested on a daily or weekly basis.

The Government however doesn’t seem to have the mechanisms to do this, and I await with baited breath to see what they will come up with now.

Sputnik: Should building sites in the UK be closed down?

Winston McKenzie: They should have done a shut down, made a pact to do a shutdown for four weeks whilst they work out a comprehensive plan for testing, so the economy can keep running. We’ve got people running around on building sites infected with the disease, who are just spreading it.

To be honest; it’s all in the testing. When you think of the billions that are now going to be spent on benefits, the country will be bankrupt for goodness sake, they should put a fraction of that money on a comprehensive testing system.

Sputnik: Should the British Government do more to help self-employed workers during the coronavirus pandemic?

Ok, a good proportion of it will go directly back to the economy, we know  that, but for goodness sake we need to get some form of testing going, so people who are infected can be catered for, and that those who are not infected can actually go into work because they have been tested on a regular basis.

It will put us back by around fifteen to twenty years. We are losing billions upon billions per day, and how embarrassing is that for other European countries and other countries throughout the world, to now be throwing stones at Britain, a fully developed country that should know better.

The UK should have seen the danger coming, it didn’t come suddenly, we were warned about the virus some time ago, and it was initially treated as being not very serious by the Government, but they soon changed their attitude when they saw it was happening and spreading at a colossal speed, to other countries throughout the world.

The British Government want to have their cake and eat it, they are more interested in the economy than they are the people. Why are construction workers still out there working so closely to one another, Westminster is a laughing stock.

How can they tell millions of people to stay two metres away from one another, do not come out from your homes and more, when you have got thousands of construction workers building, and working in crowded sites together? Where is the leadership in this country?

We’ve got overcrowded areas, citizens still using the tube and breathing in each other’s faces; why isn’t there martial law? We need it to save this country, and the country needs saving. If they shut down for four weeks; work out their plan for testing, employers have to get involved, and so will the general public, people need to clock in and get tested every day, and if you have got the virus, home you go.