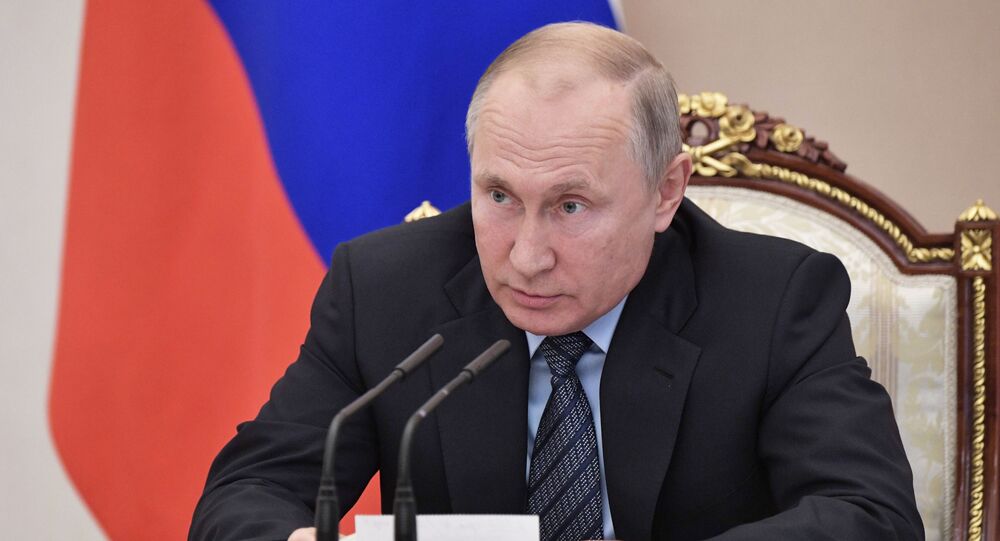 Vladimir Putin has introduced a higher tax on dividend and interest income of capital moving out of Russia. According to international economic experts, the new tariff is fair and is aimed at stopping capital outflows amid the emergency economic measures.

The coronavirus outbreak has prompted governments worldwide to adopt urgent economic measures under extraordinary circumstances. Russia is no exception: on Wednesday, President Vladimir Putin announced the imposition of a 15-percent tax on all capital gains in the form of interest and dividends flowing from Russia to offshore jurisdictions.

"Naturally, this will require adjustment of our agreements on avoiding double taxation with some countries", the Russian president noted. "I ask the government to organise such work. If foreign partners do not accept our proposals, Russia will withdraw from these agreements unilaterally".

Rodney Atkinson, a British academic, political economist and founder of the freenations.net website deems that the measure is justified given that the major purpose of offshore financial institutions is to minimise one's tax burden through either legal or illegal means.

"Offshore funds are used either to avoid tax altogether or to reduce taxes paid by everyone else or to hide money from national authorities", the political economist notes. "Putin is surely right to raise this tax".

Drawing parallels between the UK and Russia, Atkinson highlights that "in the UK foreign buyers of UK houses have to pay extra duty", therefore "those who make a home for their capital outside Russia can expect to pay a price".

"The Russian economy has I am sure lost much tax revenue to offshore capital", he notes.

Tom Luongo, geopolitical analyst and publisher of the Gold Goats 'n Guns newsletter, echoes Atkinson: "Putin is trying to get in front of capital outflow in the case of a wider global recession since Russian companies are more likely to weather that storm better than in a lot of other countries", the analyst says.

Luongo underscores that the Russian president has recently put an emphasis on the concept that companies which "benefitted from the state's assistance should be held to account for bettering Russia". Likewise, "international investors should be on the hook paying back that assistance", he notes.

According to Luongo, the Kremlin is "also trying to ensure that Russia as a destination for capital fleeing the chaos in the West doesn't become a kind of 'high-yield' slush fund".

"Russia is about to spend a lot of money in support of its economy and Putin understands that as the West struggles Russia will be seen as an emerging safe haven", he adds. "And this tariff on dividends is a way of attenuating that and offsetting lower oil tariffs".

Following the oil prices spat between Saudi Arabia and OPEC+ Russia's rouble has slid towards its lowest level since January 2016. The Russian currency plunged to 81.97 against the US dollar last Thursday but bounced back to 77-78 on 25 March.

In his Wednesday address to the nation the president explained that currently two-thirds of gains going abroad are subjected to a tiny 2-percent tax rate due to various kinds of "optimisation" schemes. Given that all the citizens of Russia are paying an income tax of 13 percent regardless of their wage level "this is, of course, unfair to say the least", Putin emphasised.

Over the past five years, the Russian government has carried out a three-stage “offshore amnesty” requiring Russian companies operating in foreign jurisdictions to re-domicile with their funds repatriated to Russia from foreign accounts. The first phase of the offshore amnesty kicked off on 1 July 2015 and lasted until 30 June 2016, while the second phase took place between 1 March 2018 and 28 February 2019. The measure was extended by the president until the end of February 2020. The third phase was designed to let businesspeople register their controlled foreign companies (CFC) in Russia's Special Administrative Regions (SAR) in Kaliningrad and Primorsky region.