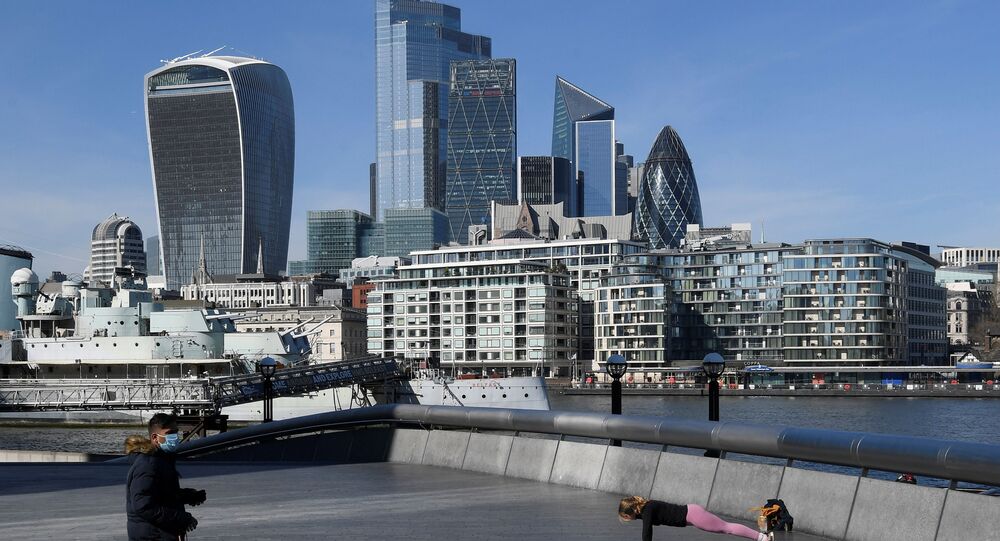 British Health Secretary Matt Hancock has stated that Westminster is ready to take further action to clamp down on the Coronavirus. Bars, schools and restaurants were officially closed last week, amid mounting criticism of Prime Minister Boris Johnson’s handling of the situation.

UKIP Scotland Leader Donald MacKay gave his views on the measures that the UK government is taking to tackle the spread of COVID-19 in Britain.

Sputnik: Should the UK go into total lockdown to prevent further spread of the Coronavirus?

Donald MacKay: I reach the view with some difficulty, that I don’t see how we will make a bad situation improve if we make it worse, do we really have to close down all businesses? Could there not be some measure of compromise? For example, by suggesting that pubs can have no more than twenty people in them, or that hotels can only let out a certain proportion of their rooms, that kind of thing.

What you do is create a measure of panic, we now have shops that have no food in them, you’re lucky to get vegetables in some cases, and people are panicking because they see these rather draconian measures.

It would be foolish to take a casual view of this, but I think that maybe the other side to the argument is that if we basically close down activity in every sense; then the end result might well be worse than it would otherwise be, so I’m a bit uneasy about it if I’m being honest.

Sputnik: How will the British public cope with being in self-isolation for potentialy extended periods of time?

Donald MacKay: Obviously we have to take advice from the medical people, but that has to be balanced by the fact that the community has to exist, and if people are completely isolated; how do they get food? How do they get clothes? How do they get medical equipment or prescriptions and so on?

© CC BY 2.0 / Alex S. Transport Photography / London Northwestern Railway Class
UK Gov't Backs 'Fee-Free' Cancellations, Worker Support as Profits Plummet Amid Coronavirus Pandemic
People not being able to visit other people and so on, I’m not at all convinced that that actually is going to make the situation any better, surely what we need are some common sense measures which will protect the vulnerable, while at the same time, allowing the community as far as possible to exist.

If we have a complete lockdown; which has been hinted at, I think the psychological consequences of that might be pretty severe, there is a lot of concern and panic out there, and I’m not sure that’s a good thing.

Sputnik: Has the British Government gone far enough with its budget to protect business from the threat of the Coronavirus?

Donald MacKay: If businesses collapse and fail; and the Government has made some significant financial promises, then in a sense, how does that work? Is there not a danger that the economic consequences are absolutely severe, once the whole situation comes to a close?

Three hundred and thirty billion pounds is a substantial sum of money to be ploughing in to businesses, which potentially, to at least some extent, be continuing to trade if we perhaps didn’t introduce the draconian measures in the first place.

There is no room at all for complacency; but I’m just wondering whether we are overdoing it. We need to be sensible, we need to get the advice of those in the know, but I just remain at least uneasy, that the answer to that involves closing everything down.

As a small business man myself; we couldn’t last indefinitely, there is nothing happening, there are no phone calls, nothing. Is that really a solution? I remain unpersuaded of that.