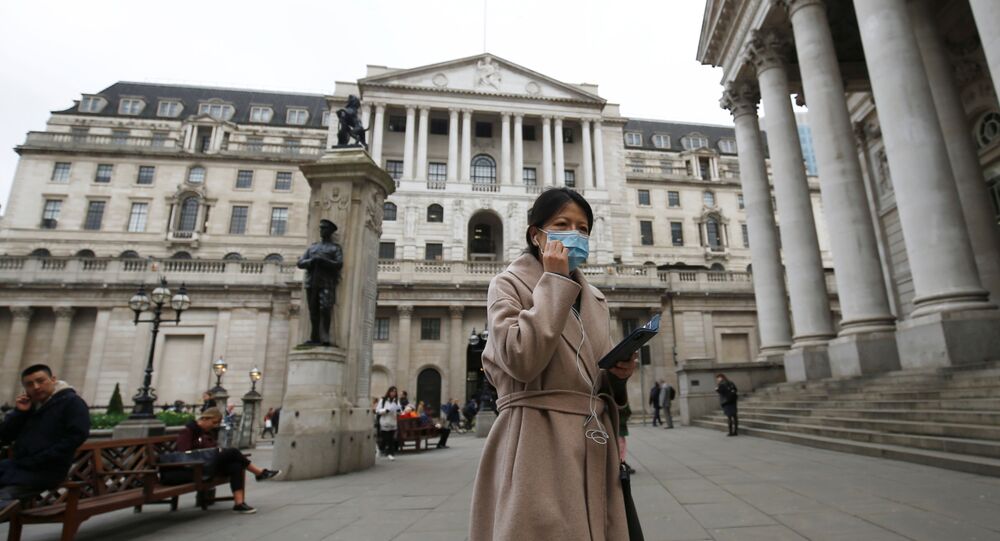 On Wednesday night the Trump administration signalled that it would slap travel restrictions on 26 EU member states as WHO confirmed that the coronavirus outbreak has morphed into a pandemic. Economists and researchers have weighed up the pros and cons of travel restrictions as means to fight the novel virus.

On 11 March, the World Health Organisation (WHO) announced that while it sees the spread of the novel coronavirus as a pandemic, this pandemic can be controlled. To date, over 125,000 cases have been registered in 119 countries with more than 4,600 people perishing from the virus.

To stem the tide of the disease governments across the globe have introduced travel restrictions. A number of states have barred foreigners arriving from China, Iran, South Korea, and Italy – the countries most impacted by the spread of the coronavirus. For its part, Italy even announced a nationwide ban on non-essential travel.

On the other side of the Atlantic, the Trump administration has adopted sweeping measures, suspending entry for the 26 European countries in the Schengen border-free area, with the UK, Ireland, and other non-Schengen countries remaining unaffected by the ban. Chinese and Iranian citizens were earlier blocked from entering the US by land, sea, and airports.

The EU condemned the Trump administration for introducing the ban "unilaterally and without consultation".

"The decision to cancel all people coming from Europe, except the UK, without consulting any member state, is a clear sign that Trump's political agenda is coming before any heath considerations and is not up to the situation", says Professor Michel Fouquin, French international economist, a scientific adviser at the leading French centre for economic research CEPII.

According to the professor, instead of introducing "a credible plan to contain the epidemic" the White House decided to scapegoat the European Union.

Marc Ostwald, global strategist and chief economist at UK-based ADM Investor Services International, feels that the US travel ban is yet another in "a long line of economic blows" for airlines, the travel, tourism, leisure, and entertainment industries, "but clearly a very big one, and leaves these sectors under even more pressure".

"It naturally adds to an increasing ‘siege mentality’ among consumers – whether they travel abroad or not – and with personal consumption being the key driver of growth in most countries, the impact will be very substantial".

The economist believes there is "an acute need" to swiftly introduce fiscal and legislative measures, while "monetary policy is of little use other than to ensure that credit conditions do not tighten dramatically".

"What is needed now to combat the economic threat presented by coronavirus are measures that are fast acting, and deliver relief to the most adversely affected sectors - those measures are in the provenance of governments via fiscal and other legislative actions", Ostwald underscores.

For his part, Andrew Opie, director of Food & Sustainability at the British Retail Consortium, asserts that the situation is largely under control: "The BRC continues to work with retailers and [the UK] government to alleviate the challenges posed by coronavirus", he says. "It is essential that the government continues to engage on other ways to alleviate the challenges for retailers".

He welcomes the British government's announcement that supermarkets will be granted greater flexibility in delivery times to help retailers mitigate the increase in demand for certain products.

© REUTERS / CIRO DE LUCA
A view of an empty street on the second day of an unprecedented lockdown across all of the country, imposed to slow the outbreak of coronavirus, in Naples, Italy March 11, 2020

Gregory Daco, chief US economist at Oxford Economics, a global forecasting company, subjects the Trump administration's decision to impose a 30-day ban on foreigners travelling from the Schengen area to criticism, as well as the president's attempt to pin the blame on Europe for "mismanaging" the COVID-19 crisis.

"While [the president] initially stated this [measure] would affect cargo, he later tweeted that it was 'very important for all countries & businesses to know that trade will in no way be affected by the 30-day restriction'. Still, with roughly 10 million visitors coming from Europe each year, the one-month ban could represent a massive hit the travel and tourism sector", Daco highlights.

According to the economist, the travel ban is not a panacea and that while other measures like the suspension of the 15 April tax filing deadline and provision of up to $50 billion in emergency low-interest loans to affected small businesses are positive developments, they are not enough.

Unveiling executive actions to reduce the outbreak's impact on Americans on 11 March, Trump promised to take "emergency action, which is unprecedented, to provide financial relief" to American workers who are either ill or quarantined or taking care of those who contracted coronavirus. He also noted that he had reached an agreement with insurance companies who vowed to waive all co-payments for coronavirus-related treatments.

Marshall Gittler, a fundamental analyst and head of Investment Research at BDSwiss, is far more categorical about Trump's handling of the COVID-19 crisis: according to the analyst the European travel ban is a "meaningless measure".

"He stops people coming in from the Schengen Area. That of course leaves the UK and Ireland out. And of course it makes the whole ban ridiculous, because anyone can just take a flight to London and then change planes to the US", Gittler presumes.

According to him "sealing off the borders at this point does little good" since the virus has already "established a large beachhead in the US". The analyst suggests that it will takes just weeks or even days for the number of cases to skyrocket in the US.

"The US is quite unprepared for an event like this, because, first, many people have no health insurance and, second, many of those people get no paid sick leave and on the contrary risk losing their jobs if they take too many days off", he says. "To make matters worse, a lot of these people work in the service sector, including the restaurant industry, coming into close contact with other people all the time".

On Wednesday, Democrats proposed a package of measures including emergency paid sick leave, enhanced unemployment benefits, and free coronavirus testing. The bill, which has already come under fire from the GOP is expected to be discussed on the House floor.

© AFP 2020 / MARK WILSON
President Donald Trump delivers the State of the Union address House Speaker Rep. Nancy Pelosi (D-CA) and Vice President Mike Pence look on in the chamber of the U.S. House of Representatives on February 04, 2020 in Washington, DC.

Global Quarantine Measures May Save the Day

For his part, Pavel Volchkov, the head of the Laboratory of Genomic Engineering at the Moscow Institute of Physics and Technology, believes that global measures orchestrated by the WHO are required.

"It is already obvious that only border control by individual countries, monitoring the rise of individual passengers - these are no longer working measures, unfortunately", he says, adding that the reaction by EU countries to the coronavirus epidemic was "belated".

Being a complex respiratory infection COVID-19 cannot be localised like Ebola, the researcher observes, emphasising that the "global involvement of all the countries on our planet is necessary, because we cannot allow some countries to fight the infection, while others are the source".

Volchkov outlines three potential scenarios – an optimistic, a realistic. and a pessimistic variant: under the first scenario all countries unanimously adopt the "necessary level of quarantine measures, restricting at least all mass events, all unnecessary movements, both between countries and within cities". These measures would allow global players to contain the spread of the virus within weeks, according to him.

The second scenario envisages the peak of the pandemic in April-May, "probably, in the summer months it will come to naught with a possible repetition in the fall, unfortunately", Volchkov hypothesises.

The third and pessimistic scenario, is that the disease will spiral out of control and expand rapidly around the globe.

"I am for a realistic forecast, because it's the ideal forecast that I would like to give out, even given the announcement of a WHO pandemic, still most countries will not be able to simultaneously organise quarantine measures", the researcher foresees. "Someone will do better, someone worse. The disorganisation will lead to the situation in some countries being better and in others, due to the disorganisation, the virus will go wild".