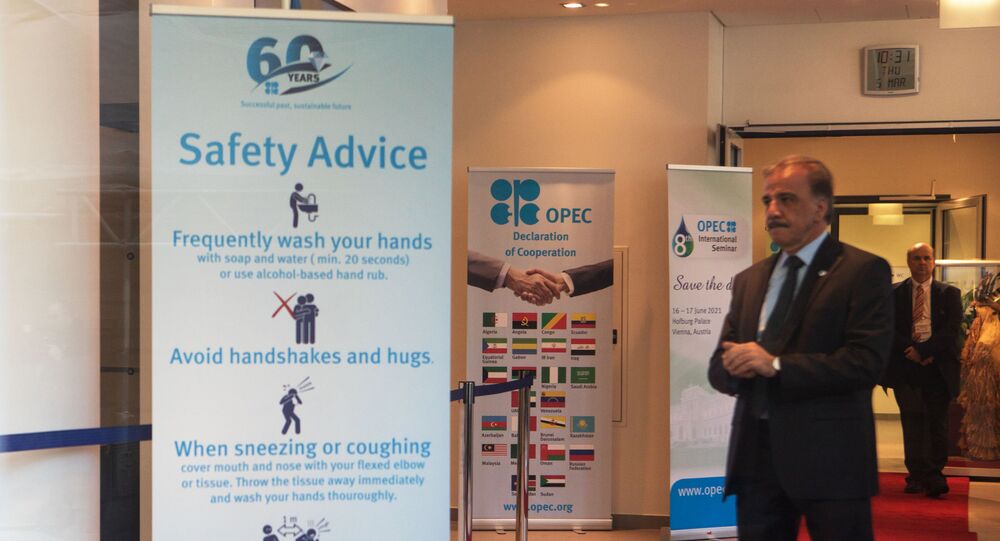 The oil market collapse has been on everyone’s lips since early this week, as crude prices slumped by over 30 percent on Monday in their biggest fall since the 1991 Gulf War. The crunch is largely being attributed to the failed OPEC summit and Russia’s firm position not to agree to proposed production cuts as well as to the raging coronavirus.

After the sharp decline in oil prices on Monday, 9 March, the oil market set about recovering the losses, with prices going slightly up (1.48 – 6.37 percent) for two consecutive days before another dip occurred on Wednesday.

According to Alexander Osin, an analyst of Russian stock market trading at the investment company “Freedom Finance”, the oil prices will succeed in recovering and return to the earlier benchmarks.

“The OPEC really sustained the prices”, the expert says, stressing that the cartel feared a repetition of the 2014-2015 scenario, when there was “a severe pressure on investors and the government, and it was Daesh* that was used as an instrument”. At the time, the price for a barrel of oil was feared would skyrocket to over $100 per barrel if Daesh were allowed to press deeper into Iraq, the second biggest oil producer in the organisation after Saudi Arabia.

This time, OPEC proposed the same cuts as back in 2016, Osin remarks, whereas Russia apparently believes that the risks are not that high and thus declined to back the initiative, he says.

“So, there is not - on the face of it - such an unpleasant situation for Russia that its image of [being] a reliable partner in the Middle East may be hurt”, he notes, further stating that as for the coronavirus, “according to my own estimates, neither in terms of its scale (100,000 people) nor the death toll, may it affect anything”.

The expert believes that it is the regulating measures that have "a limiting effect on something", as they deter growth amid the COVID-19 outbreak.

“However, there are fundamental factors – namely the monetary ones and deficits”, the commentator admits, arguing that if we stick to the supply and demand ratio, per OPEC data from February, “we may expect – with 60 percent certainty – that oil prices will climb over 60 percent. Still, it’s not a 100 percent certainty”.

According to Francis Perrin, a senior fellow at the Policy Centre for the New South and at the French Institute for International and Strategic Affairs, the short-term global oil market future is all dependent on Russia’s response to Saudi Arabia’s measures announced after Moscow didn’t agree to OPEC's terms on 6 March.

“Through its national oil company, Saudi Aramco, Saudi Arabia took three important decisions over the past few days: a significant cut in the official prices of its crudes in April; a very large increase in its oil production and exports in April; and an increase in its maximum sustainable capacity (MSC - also in April)", the academic recounted, suggesting that the said steps were all taken by Riyadh to defend its market share so as to win this ''war''.

Perrin says that Saudi Arabia is hoping that the threat of an oil price war “will push Russia to change its mind and to try to reach an agreement within what the media often call OPEC+”, adding that in light of this, as well as the coronavirus outbreak, his short-term forecast is bearish.

Russian Prime Minister Mikhail Mishustin pointed out on Thursday that the demise of the OPEC+ agreement did not happen at the hands of Moscow, but vice versa, Russia had offered to extend the previously agreed oil cut deal beyond its 31 March deadline.