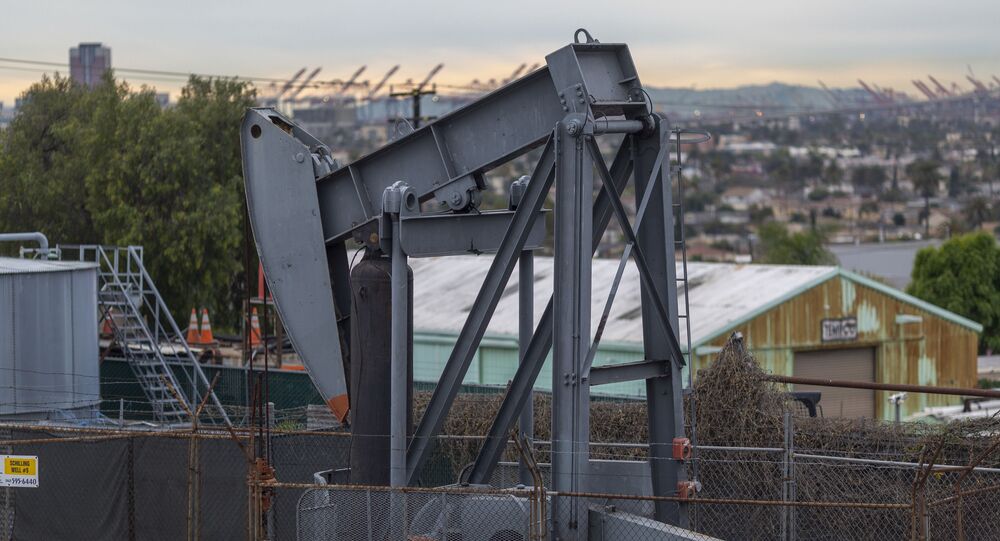 No producers will benefit from the oil price turmoil unleashed by Saudi Arabia on global oil markets with US drillers already feeling the pain, says energy expert Philippe Sebille-Lopez foreseeing that the crisis will last at least three months.

The Trump administration has lashed out at Russia and Saudi Arabia for what it calls "attempts by state actors to manipulate and shock oil markets" in an official statement released by the Department of Energy.

​Oil prices dropped Monday following the news that Saudi Aramco would ramp up crude output and provide considerable discounts. Sliding oil prices have had a domino effect on global markets already frustrated by the coronavirus threat with the Dow Jones Industrial Average sliding 2,013.76 points. Amid slumping Dow futures, US shale drillers have found themselves between a rock and a hard place with crude prices fluctuating between $30 and $40 per barrel.

Pain to Linger for US Drillers

US shale oil industry has undergone a boom since 2014 driving output to 11.6 million barrels a day in 2018 amid coordinated efforts by OPEC+ to slash crude production in order to stabilise energy markets.

"When it come to the oil crisis, each country will have its own vision of its causes", says Philippe Sebille-Lopez, author and founder of the Géopolia think tank. "Trump accuses Saudi Arabia and Russia of the current crisis and we can say that this is one of the reasons. And if you go back to the past, another reason is an increase in shale oil production in the US. It all depends on the angle".

Saudi Arabia's decision to cause an oil price collapse is a response to Russia's refusal to reduce crude output even further; however, Moscow's move was partly triggered by the fact that every time OPEC+ cuts production, the US boosts its shale oil output, adds Sebille-Lopez.

Now that the OPEC plus' hands are no longer tied, the upcoming three-four months will be onerous for US drillers, Sebille-Lopez predicts.

He explains, that, firstly, American shale oil producers will have to pay dividends to their shareholders this year.

"[In 2014-2016] US energy companies producing shale oil did not pay dividends to shareholders and investors", the energy expert recollects. "Starting in 2018-2019, these oil companies are obliged by investors to pay dividends".

Second, they have very large debts and, therefore, many will undoubtedly have to declare bankruptcy, although Chapter 11 of the US bankruptcy law will allow some of them to re-start activity once prices rise.

How will American companies such as Exxon or Chevron, which recently entered the shale oil market, endure the slump?

"To their advantage they have projects in other industries and they do not depend on the situation on the shale oil market", Sebille-Lopez points out. However, since they have invested heavily in shale oil, they will have a very difficult year. They will be able to partially compensate for this with their other projects, but the recession is global".

The current market volatility may bring an end to the US shale oil rally, according to Oilprice.com. Citing SEB, a leading Nordic financial services group, the media outlet foresees a decline in US shale oil production of 1-2 million barrels a day (b/d) from current total US crude output of 13.1 million b/d. US energy giant Chevron is already looking at ways to cut spending by $2 billion, Reuters notes. The company needs a crude price of about $55 a barrel to fully cover its spending and pay dividends out, according to JP Morgan analysts' estimates.

Sebille-Lopez highlights that apart from US shale producers, Saudi Arabia is not interested in a protracted slump either despite sabre-rattling and muscle-flexing.

Though S&P Global Platts does not yet rule out another possible OPEC+ agreement, it signals that a "sustained Brent rally above $40 per barrel" is unlikely. Oilprice.com cites Saudi Energy Minister Prince Abdulaziz bin Salman who told Reuters Tuesday that he was not inclined to hold talks on the matter in the forthcoming months.

"The Saudi budget needs a barrel to cost more than $80", the energy expert underscores. "Economic reforms, a number of projects of Crown Prince Mohammed bin Salman require a lot of money and investments. The very low price per barrel will weaken the Saudi economy and tie the hands of the crown prince".

To illustrate his point the author notes that Saudi Arabia and Kuwait have embarked on a multi-billion project aimed at developing the Dorra offshore gas field.

At the same time, Saudi Arabia's ability to sharply step up oil output to 12 million b/d raises questions as it will take both time and effort, he notes, adding that on the top of this it will be completely unprofitable for the Saudis to pump more while receiving fewer profits.

According to Sebille-Lopez, the unfolding situation will depend on two factors: first, how long the coronavirus epidemic will last; and, second, "on the rapprochement - which is ultimately inevitable - between Saudi Arabia and Russia".

"At some point both countries will say: 'We got what we wanted, at least partially'. Russia will get what it wanted and Saudi Arabia will realise that the situation is not as beneficial for it as it seemed. And then [Riyadh] will say: 'Let's agree on quotas'. But when this happens, no one can say", says Sebille-Lopez.