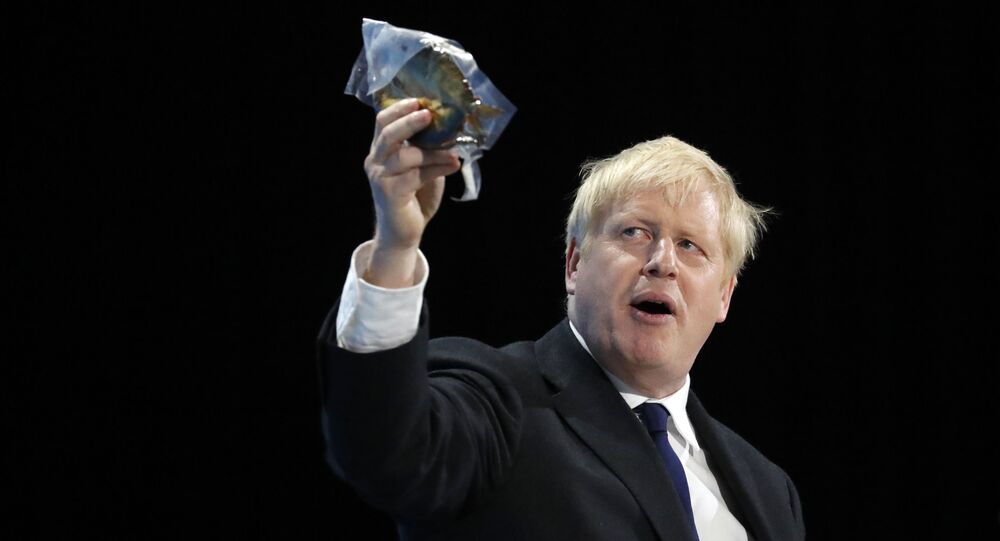 Fishermen in Scotland have found themselves caught between two fires: although the Scottish Fishermen’s Federation hailed the UK's decision to reclaim control over the country's waters, they are concerned about their French counterparts' threat to unleash nothing short of a war on them.

The UK and the EU are expected to strike a fisheries agreement by 1 July 2020. However, the bloc's desire to retain existing access rights and quota shares after Brexit has become the stumbling block in the way of the deal, as Britain wants to maintain full control over its maritime zone as other independent coastal states do.

Meanwhile, Regional Committee of Maritime Fisheries Chairman Olivier Lepretre made it clear on Thursday that British fishermen would not be allowed to sell their products in France if the UK and the EU fail to find a compromise.

“If we go to war, it’s quite obvious that the British would lose out on the European market", Lepretre told Euronews.

Elaine Whyte, executive secretary of the Clyde Fishermen’s Association on the west coast of Scotland, says that the entity is making its best efforts "to be neutral politically and constitutionally" as "its primary interest is and has always been 'practical ability and opportunity to fish'".

"Individual fishing members in our association felt a range of different ways about leaving the EU, some saw it as positive, and some as negative", she says. "As an association we adopted a pragmatic approach, we recognised that Brexit could potentially provide positive opportunities to have discussions about rethinking access to stocks between the UK, Scotland, and the EU and importantly domestic allocation of shares too".

She recollects that previously, "many fishing communities desperately wanted to see a rethink on fishing policy to ensure fairer access to quota, infrastructure, etc. around the national coastline".

However, they also knew that the new policies may also have a potentially negative impact, the executive secretary notes, stressing that around 86% of their catch – mostly langoustine and scallops – are currently exported to the EU.

Whyte highlights that maintaining sensible access to EU markets, in particular the French, Spanish, and Italian, is vital to Scottish fleets, especially given that these markets have been cultivated for over 30 years.

"We were always wary that high export tariffs or more complicated export certificates could cause issues with exporting our products", she says. "We were also always very aware that direct action from particularly French fishermen could have a significant impact on our highly perishable catches making markets in the EU on time".

What many community fishermen want is "a workable solution" that would make access rights to fish stocks fairer – both with the UK's EU neighbours and domestically in terms of shares of quota, etc. – but also provide conditions for continuous trade.

Professor Alex de Ruyter, director of the Centre for Brexit Studies at Birmingham City University, believes that despite the issue having acquired "a totemic political importance", there is still "room for pragmatism" here.

First, despite the UK's willingness to police its territorial waters, "the Royal Navy almost certainly lacks the capacity to do so in a comprehensive manner", he opines.

Second, "unwinding almost 50 years of the Common Fisheries Policy was never going to be easy and the heated nature of certain public pronouncements is unhelpful", according to the professor.

Although fishing accounts for less than 1% of the total UK economy, about 70% of UK fishermen’s catch is exported to other EU countries, the academic notes. Therefore, the UK government would be wise to consider the impact on this industry should the EU adopt punitive measures against British fish exports in the absence of an agreement.

"A pragmatic solution would recognise that it is a thorny political problem and therefore seek an interim solution that would take the heat out of the immediate arguments – and avoid industrial unrest – whilst a longer-term agreement could be worked on", de Ruyter suggests.