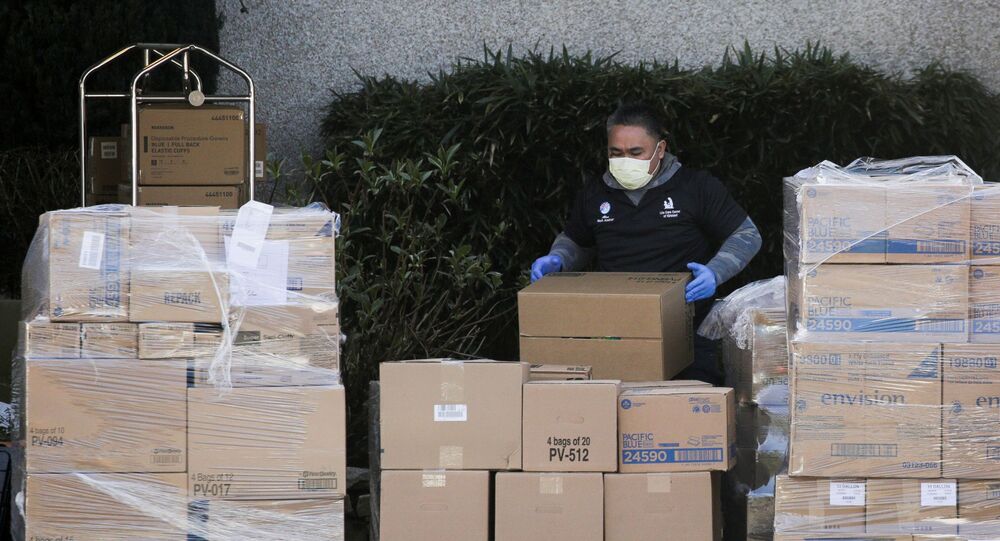 The US health care system is structured so that many disenfranchised individuals don’t have access to COVID-19 testing, Leo Cuello, an attorney and the director of health policy for the National Health Law Program, told Sputnik’s Loud & Clear Thursday.

“We have upwards of 30 million people who aren’t insured. So, this is a really big group of people who don’t have a way to pay for this care,” Cuello told hosts John Kiriakou and Brian Becker, noting that the number was closer to 50 million when US President Barack Obama signed the Affordable Care Act into law a decade ago.

According to Johns Hopkins University data, 221 people in the US have been infected with the novel coronavirus. The US death toll increased to 12 people on Thursday after officials confirmed yet another death in Washington state. Out of the 12 deaths, 11 of them have been in Washington state, and one has been in California. A cruise ship traveling from Hawaii to San Francisco has also been held off the coast for coronavirus testing, as two US coronavirus cases are believed to be linked to that ship.

Meanwhile, the Dow Jones Industrial Average sunk by 970 points Thursday as the US outbreak continues to worsen. US markets had their worst week last week since the 2008 financial crash.

The US Centers for Disease Control and Prevention (CDC) has faced backlash over the past week because its testing kits for the coronavirus, made in an unidentified Atlanta lab, were found to be contaminated, resulting in delays to testing in the US. According to a report by the Technology Review, labs around the country are expected to test about 400,000 patients by the end of the week using revised testing kits.

“Certainly, we’ve heard that the CDC tried to develop a test that was different from the standard test that was being used in other places. There was issues around the distribution of that. But you have to go back to your underlying question of: Why was CDC capacity to address this reduced?”

“I think now a lot of people want to blame CDC, but their hands were tied in terms of positions and in terms of budgets. And I think some of this goes back to a US health care system that is so profit-driven that we get a distorted perspective on health. In these other countries, their health care systems are built around primary care. They are designed to do primary care that reaches everyone, and then the kind of expensive, specialty medicine is something that they avoid as much as possible because they do so much effective prevention in primary care, and when they need to do it, it happens. In our country, it’s the reverse. We built a system that is heavily profit-driven, so it turns out that if you open up a thoracic surgery center that opens up people’s chests, you instantly make a killing. You make a lot of money doing that,” Cuello explained.

“You don’t make a lot of money opening an Urgent Care center. You don’t make a lot of money opening a ton of community health clinics. That’s not where the profit is. And yet if you want to deal with a coronavirus situation effectively, you need to have that health infrastructure built. So, not having that CDC infrastructure where it should be - and in fact having cut it back in recent years - and not having a health system that is really focused on prevention and primary care makes us very ill-prepared to deal with this kind of infection,” Cuello explained.

According to Cuello, Americans enrolled in Medicaid or Medicare programs are often accused of not working.

“So, the [Trump] administration likes to put out a talking point that the people who are in our public health programs are people who aren’t trying … the data shows pretty clearly that the majority of people in Medicaid are working and in working households. The ones who aren’t working, in turns out, are the people with a disability, people who are students, homemakers who are taking care of children or older relatives who may need help,” Cuello said.

“The reality is that the Medicaid program is covering the working class. This is health care for the working class, and when you throw in Medicare - which is covering older adults and this huge population of older adults that are in poverty or on the cusp of poverty, living on very, very low fixed incomes - that group of people is extremely dependent on Medicaid or Medicare to be able to get health coverage. One of the problems we have is, for example in the Medicare program … the costs are actually quite high for seniors, and so that is a barrier to them going out and getting the things that they need to get,” Cuello explained.

The expert noted that many Americans with medical insurance through private companies don’t have an understanding of how their insurance actually works.

A problem with “having a population of people who are uninsured or a population of people who are underinsured, who have huge costs, who have expensive deductibles is that they don’t even understand what that deductible applies to,” Cuello added. “So, how are average Americans going to understand that? So, they are afraid. They are afraid of actually using their healthcare, even when they have it.”

In January 2020, the Trump administration announced its plan to roll back Medicaid, which poor Americans depend on for medical insurance.

“The proposal that the administration literally just put out while coronavirus was exploding is a proposal that says we are going to cap federal funding to states. And if you had asked me before coronavirus: Why is that bad? I would have told you: ‘Because if an unexpected public health problem happens … you cap funding for states to provide health care, and that state is going to run into a huge problem, because costs are going to go up,’” Cuello explained, noting that universal health care would help alleviate such vulnerabilities in the current US system.

Number of Coronavirus Cases Outside China Rises to 14,768, WHO Says