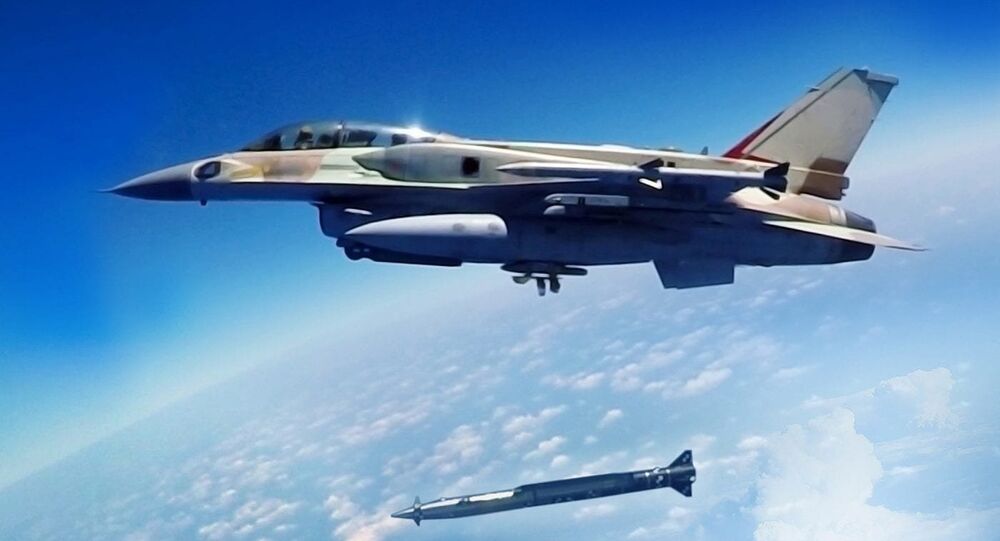 Just days after penning a peace deal that would see US forces exit Afghanistan, a US airstrike hit Taliban positions amid a slew of attacks by Taliban fighters. However, one peace activist told Sputnik she’s skeptical Washington would give up such a central location to the countries with which the US is picking fights.

Two Taliban attacks in Kunduz on Wednesday killed 20 Afghan soldiers and police officers, Sputnik reported. The attack followed 43 others against Afghan troops in Helmand the day prior. In response, US Forces Afghanistan carried out an airstrike on Taliban positions.

However, the peace deal was between the United States and the Taliban, not the militant group and the Afghan government - meaning it was the US who broke the arrangement and not the Taliban.

Kathy Kelly, co-coordinator of Voices for Creative Nonviolence, told Radio Sputnik’s Loud and Clear Wednesday that while US strategy is clearly shifting away from the War on Terror, the central position of US bases in Afghanistan with regard to Iran, Russia and China, each of which Washington might soon find itself embroiled in conflict against, makes Afghanistan too valuable a location to give up.

“It had to be a bit embarrassing for the Afghan government to realize that a war that has been going on - I mean, they’ve been at war for 40 years - but they’ve been in this war with the United States having invaded their country since … 2001, and they [the Afghan government] aren’t even involved in the peace negotiations,” she told hosts Brian Becker and John Kiriakou.

“But we also have to acknowledge that constitutive of the Afghan government now are major warlords whose crimes against humanity should have landed them in the dock at The Hague or under some kind of international scrutiny, because clearly [Afghan President] Ashraf Ghani’s government is not interested in scrutinizing those who committed terrible war crimes,” Kelly noted. “And they’re still bringing them in: [Sirajuddin] Haqqani is someone who has been a notorious criminal, and he’s being brought into a new formation of government. Then Abdullah Abdullah, who says that he’s … got a parallel government going, because he said the elections were stolen.”

“So there isn’t really reliable governance going on in Afghanistan, although it does seem that Ashraf Ghani could prevent the release” of 5,000 Taliban prisoners, as promised in the violated peace deal.

“There were 76 Taliban attacks in 24 different provinces since the deal was signed, and it seems as though the only group which is apparently going to be able to determine what is a lessening of violence would be the US representatives in the deal-making with the Taliban. Somehow it’s up to the US to decide what is an adequate lessening of violence. So words don’t seem to matter very much, I suppose.”

Kelly said US President Donald Trump “wants to look as though he has fulfilled a campaign promise, and I imagine that means a great deal to him. He had promised he would end the war in Afghanistan.”

“But what does it mean to have 14 months required in order to fulfill the troop withdrawal and the so-called deal?” she asked, noting that “a lot of wars are ended before 14 months have transpired.”

“I don’t like to be purely cynical, but there are major weapon-making companies that perhaps haven’t retooled to fight the kinds of wars it looks like the United States is going to look toward fighting in the fairly near future,” Kelly noted. “And are they going to just let go of all the investments and the profits that they’ve been making by the continued war in Afghanistan?”

“Then, if the United States does set sights on making war against Iran, those major bases in Afghanistan are going to be very important. And if the United States is planning to make war with Russia or with China or with both, then the major bases in Afghanistan continue to be important. So it’s pretty hard for me to imagine that they say, ‘Oh well, let’s just shut down those bases, let’s bring the troops home, let’s not continue with the military contractors,” the latter of which she noted is “nowhere in the agreement” signed with the Taliban.

Kelly noted that the MQ-9 Reaper drone, also called a Predator B, that killed Iranian Maj. Gen. Qasem Soleimani in Iraq earlier this year “made a fortune for General Atomics, but now the Predator drones have been canceled” by the US Air Force.

This, she noted, represented a shift toward fighting countries “that can fight back.”

However, Kelly pointed out that Ghani had gotten the US to agree to end its “small special operations attacks,” which the CIA has been training Afghanistan’s National Directorate of Security to wage against Taliban forces. She characterized their activities as “disappearances, tortures and night raids.”