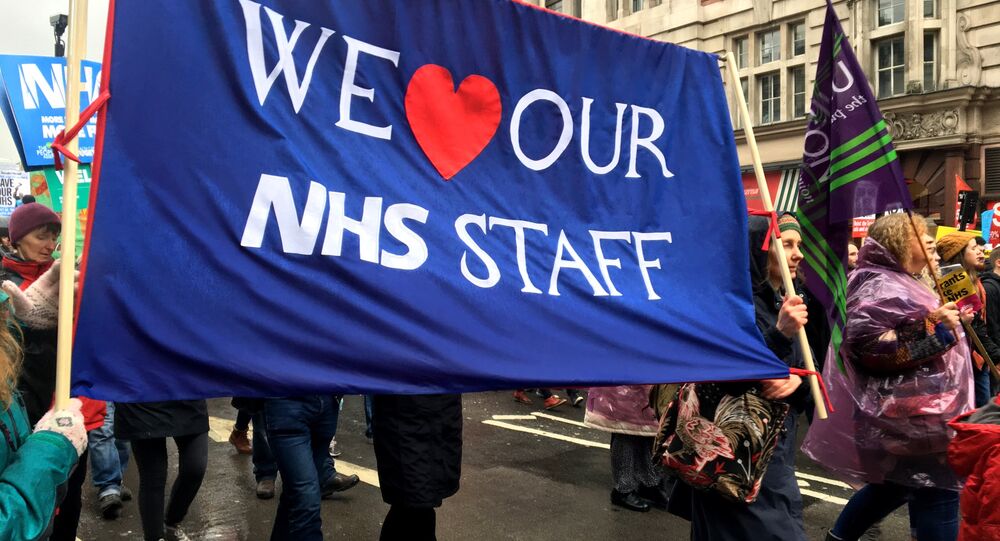 According to reports, EU-based businesses could move their operations to the UK if Westminster agrees on a free trade deal with the United States.

Securing arrangements with both the EU and the US might not be as easy as initially predicted. This is largely due to Brussels' insistence that freedom of movement and access to British fishing waters must be included as part of any agreement and the fact that Washington has expressed concerns regarding Huawei’s involvement in constructing the UK’s 5G network.

With this in mind, will Westminster finally be able to get the Trump administration on board?

Former UKIP MEP Roger Helmer has given his views on the matter.

Sputnik: Will the UK be able to agree on a free trade deal with the US?

The US is one country; it can make a decision, and the other thing that is terribly important, of course, is that we’ve got President Trump there at the moment, which is extremely positive [for a] UK free trade deal, and I hope and expect that President Trump will win the US election in November this year.

The fact is we don’t know and he might not, and none of the Democratic candidates for the presidency will be anything like as positive. So there is a strong incentive for Britain just to get on with this and get it done as quickly as we can.

Sputnik: Could the Conservative Party sell off parts of the NHS as part of a trade deal with the US?

Roger Helmer: It’s a left-wing trope, isn’t it? There is no sense in which the NHS can be sold, and as Trump has rightly said, there is no way the US would want to buy it.

The question arises: should the US have more access to services which are bought out of the supply of drugs? My only comment here would be that if they offer better quality and better value, then let’s buy them; why aren’t we buying them anyway?

If they don’t offer better service and better value, we’ve got no obligation to buy them - and the same goes for services. Does the NHS want to buy services? You can have a debate about that, but if it does, then we want it to buy the best value services, the best quality services that it can find, and it should look to the world to get the best offers.

If the best offer happens to come from America - fine, but that’s not selling the NHS, and the very phrase frankly, is nonsense.

Sputnik: Would the EU be more affected by a no-deal Brexit than the UK?

© REUTERS / MARIO ANZUONI
'Dubious and Dodgy': NHS Slams Gwyneth Paltrow's Goop Lab for Peddling Health Myths
Roger Helmer: I think it would inevitably [be], because there is this enormous trade imbalance. The EU sells far more to Britain than we sell to them. So in those terms, the impact would be much greater, and I think a lot of European companies are starting to realise the damage.

All over Europe there are people who make a living and rely on selling products to Britain and the last thing they want is more difficulty and duties and so on.