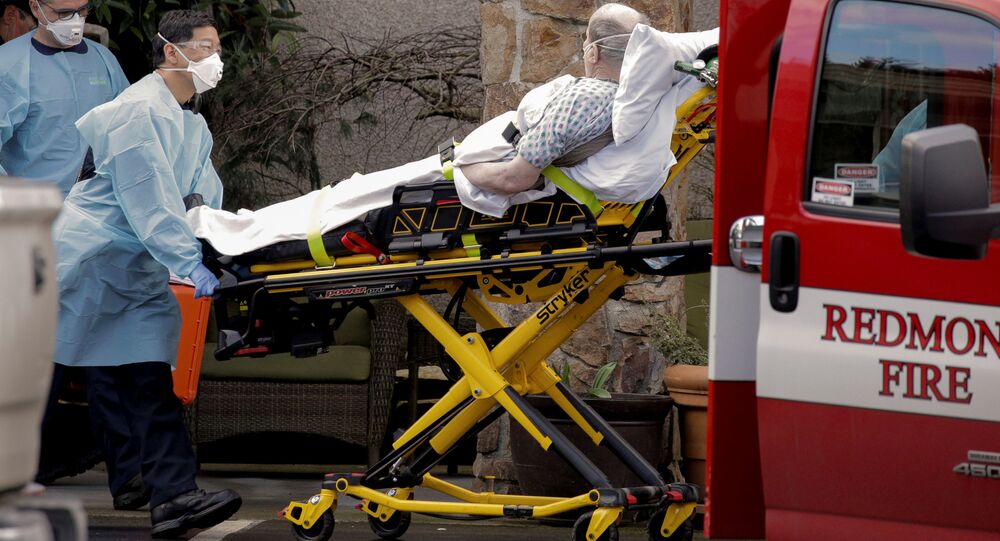 The US may not be able to contain the COVID-19 outbreak as effectively as China because of its individual rather than systemic, structural response to the coronavirus, KJ Noh, a peace activist and scholar on the geopolitics of Asia who is a frequent contributor to CounterPunch and Dissident Voice, told Sputnik.

There are at least 118 people infected with the virus in the US and nine deaths, all of which were in Washington state. However, widespread testing for the virus could still take weeks because the first round of US Centers for Disease Control and Prevention testing kits were contaminated.

In contrast, Chinese experts announced Monday that they believe they will have control of the outbreak in most Chinese provinces by the end of April. In Hubei Province where the outbreak began, far more patients are being discharged on a daily basis from hospitals after having recovered from the upper respiratory illness than are being admitted as new cases.

“What the Chinese did was they identified the virus, they imposed a strict lockdown at the epicenter, and then by doing this, they bought the world weeks of time to prepare,” Noh told Loud & Clear hosts Brian Becker and John Kiriakou on Tuesday.

“They sequenced the virus, they immediately posted it, and they showed that with good political will … discipline, organization and a whole lot of scientific and computational skill, the spread of the virus can be blunted. They used the classical public health tools: contact tracing, case finding, social distancing, etc.,” he noted.

Meanwhile, in the US, “there was an incredibly racist response, that this is somehow linked to China’s culture of bad eating or unsanitary practices,” Noh added.

“The other thing that they did was this tremendous red-baiting. And this red-baiting took the line of: ‘this is China’s Chernobyl moment.’ You know, ‘Authoritarian dictatorship fails because of their secrecy and their suppression of truth’ … and that kind of ideological filter is really one of the key issues that we are confronting right now,” Noh added.

According to US Food and Drug Administration Commissioner Stephen Hahn, US labs should be able to perform close to 1 million tests by the end of the week. However, according to some public health experts, that’s a misleading figure, because it takes time to process the tests in labs.

“The number the public wants to know is the number of people that can be tested per day, not the number of tests sitting in a warehouse,” Mina told Politico. “They really want to know how likely it is they can be tested if they show up at their doctor’s office.”

“I mean, this is the problem when you valorize profit over people. In China, all the testing and treatment is free, and the Chinese at one point were testing over 40,000 people in a day … the US has tested a few hundred, and the cost for an individual to be tested is staggering,” he said.

“This is a catastrophic failure, a systemic failure, and it goes back to the issues that we are looking at: that there is no whole of society, systemic, structural response. Instead, what we are given is this emphasis on the individual. It’s an individual response: ‘Don’t worry, wash your hands, sneeze into your elbows, stay home,’” Noh told Sputnik.

According to a report by the Business Insider, the cost of an average visit to a doctor for an uninsured person in the US could run anywhere between $149 and $1,151, and that does not even include the cost of testing for the virus. A Miami, Florida, patient who went to the hospital to test for the virus after returning from a work trip in China revealed that his bill was $3,270, and the test cost him $1,400 after insurance.

However, according to Jonathan Gruber, professor of economics at MIT, coronavirus testing should be free or cheap for most Americans under the Affordable Care Act if they get the test done at a doctor’s office, not at a hospital, Newsweek reported.

“The other thing that’s going on is the difference between a scientific response that the Chinese were implementing using all the tools of science and technology, including 5G artificial intelligence to do contact tracing, as opposed to a superstitious response where [US] President [Donald] Trump says political rallies are okay, are not at risk, and the group leading this response gathers in prayer. It takes much more than prayer to deal with a mass epidemic,” Noh told Sputnik.

​A photo of US Vice President Mike Pence praying with other members of the coronavirus task force has resulted in widespread criticism over the US’ response to the crisis. Meanwhile, Trump told reporters Monday that it’s “very safe” for campaign rallies to continue to be held across the country.

“And then the other key issue … which you put your finger on and it’s very, very important because we’ve seen the results of this before, is that if you do not have paid leave and single-payer health care, then people are not going to take time off, and they’re going to infect everybody at the workplace,” Noh added.

Number of People Infected With Coronavirus Outside China Exceeds 10,000, WHO Says