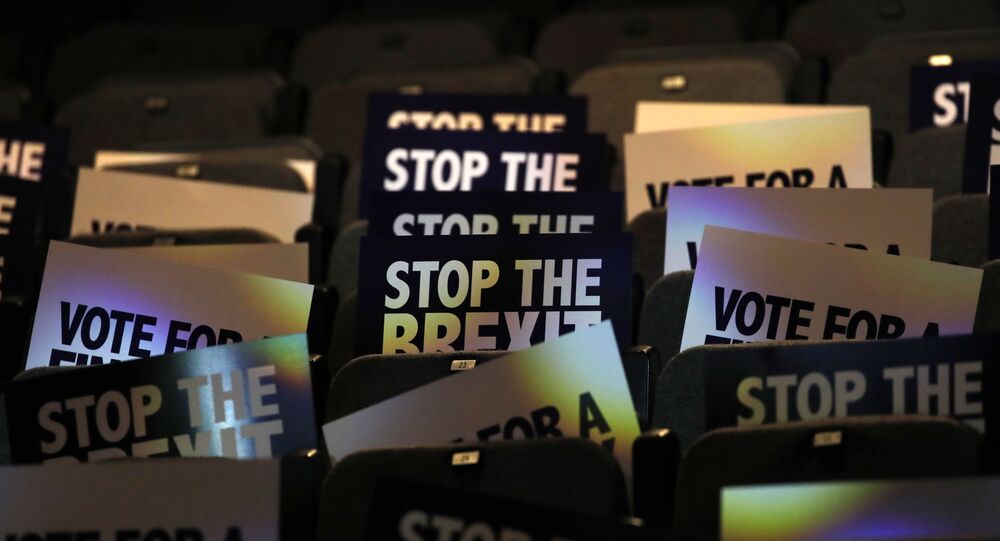 Westminster’s negotiating team has told the EU that the UK will not agree to align itself with the bloc’s rules and regulations for the sake of achieving a post Brexit free trade deal, as negotiations between the two sides officially got underway yesterday.

British Prime Minister Boris Johnson has repeatedly stated that he is willing to walk away from talks with Brussels should a reasonable agreement not be forthcoming, but critics have slammed this tactic; arguing that a reversion to WTO rules would be damaging for both the UK and EU’s economy.

But is this really the case? UKIP’s Graham Eardley gave his views on the matter.

Sputnik: Will the EU and UK be able to agree on terms on a post Brexit free trade deal before the end of 2020?

Graham Eardley: I think it’s feasible, but from what we are seeing at the start of the negotiations today; is that both sides are fairly entrenched, David Frost the UK’s Chief Brexit negotiator has stated that the Conservative manifesto must be carried through, in a speech to the UK office in Brussels last night.

I think both sides are really digging in, so how negotiations will progress from this standpoint, will be very interesting indeed.

Sputnik: Would a no-deal Brexit be beneficial for the UK?

Graham Eardley: I think a no-deal Brexit could be a very likely prospect indeed, given what’s being said, but would it be beneficial for the UK? Yes, it could be, depending on whether we could get trade negotiations started with the United States, which is the world’s biggest market.

What happens with China and Huawei will also have an impact on the trade negotiations with America, Australia as well, who have not sent a security delegation to the UK recently, because of the situation with Huawei.

I’d like to see the UK reach out far more globally, but obviously there are one of two problems with us doing that, because of issues surrounding Huawei for example.

Sputnik: What would a successful Brexit mean for the future of the EU?

© AFP 2020 / Carl Court
Compromises Should Come From the EU, Not the UK – Brexit Party Member
Graham Eardley: It would mean that the EU would need to fill the industry gap that is left by the UK’s departure, they’d also have problems as well with their own industries, and France has got problems with its farms and its fishermen.

If the UK had a successful Brexit and are able to claim back our own waters; there’s talk in the papers I read about France’s fishermen even blockading channel ports in protest.

I think that if the UK regains its own waters; it will be ok, and we could even be a large Singapore off the coast of Europe.