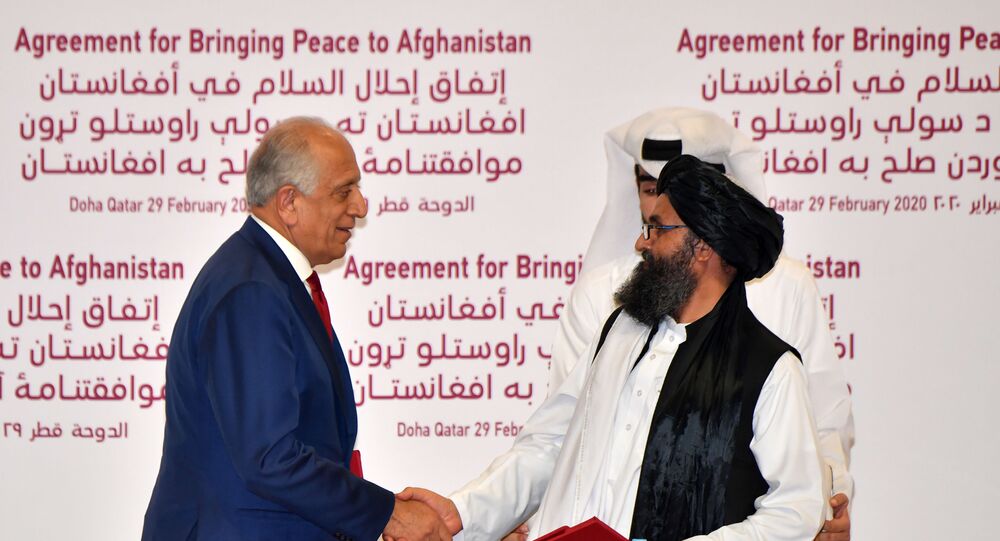 The US and Taliban finally reached an agreement this weekend that laid out a 14-month plan for a complete US troop withdrawal from Afghanistan that one expert says not only has the possibility of destabilizing the region, but also triggering a proxy war in the country.

Dr. Marvin Weinbaum, the scholar-in-residence and director of the Middle East Institute’s Center for Pakistan and Afghanistan Studies, joined Radio Sputnik’s Loud and Clear on Monday to discuss the details of the so-called peace agreement and what is notably left out of the deal.

“It sets, presumably, the stage for the Afghans themselves to sit down and somehow carve out a state which can both satisfy those who want a constitutional, representative government and those who want an Islamic emirate,” Weinbaum told hosts Brian Becker and John Kiriakou.

“These are not compatible governmental structures,” he noted.

While there haven’t been many major steps toward peace demonstrated, Weinbaum asserted that there is one subject that has widespread support: the removal of American troops from Afghanistan.

“This is just red meat for the Taliban - to see the government flailing the way it is” he said, referring to the peace deal. “To now have accomplished what they have wanted all along, and that is foreign forces to leave, because once they do, then the Taliban is in a position to call the shots - literally and figuratively.”

Weinbaum told the hosts that he would not categorize these current events as evidence of the US being defeated in the region, but instead as “a mission failure.”

“The intervention and the period of time that the US forces have been on the ground have allowed the emergence of a state which is making every effort to enter the international community [and] be a modern state,” he said.

According to Weinbaum, while there is little support for US troops remaining in Afghanistan, it is important for Washington to consider leaving behind a small contingency of service members to combat potential terrorism and provide air support to the Afghan Security Forces. While such a clause is absent from the peace deal, US President Donald Trump told reporters late last month that the administration would redeploy troops to Afghanistan “if bad things happen.”

Despite the fact that powers both regional and abroad support the idea of US and NATO forces exiting Afghanistan, an abrupt pull-out would be a shock to the country - and possibly lead to a civil war that could impact immediately surrounding countries and trigger a proxy war, Weinbaum said.

“This agreement is exactly the agreement that was approved by both parties before [Trump] decided he didn’t like it,” Weinbaum concluded. “Taliban have not yielded on anything.”