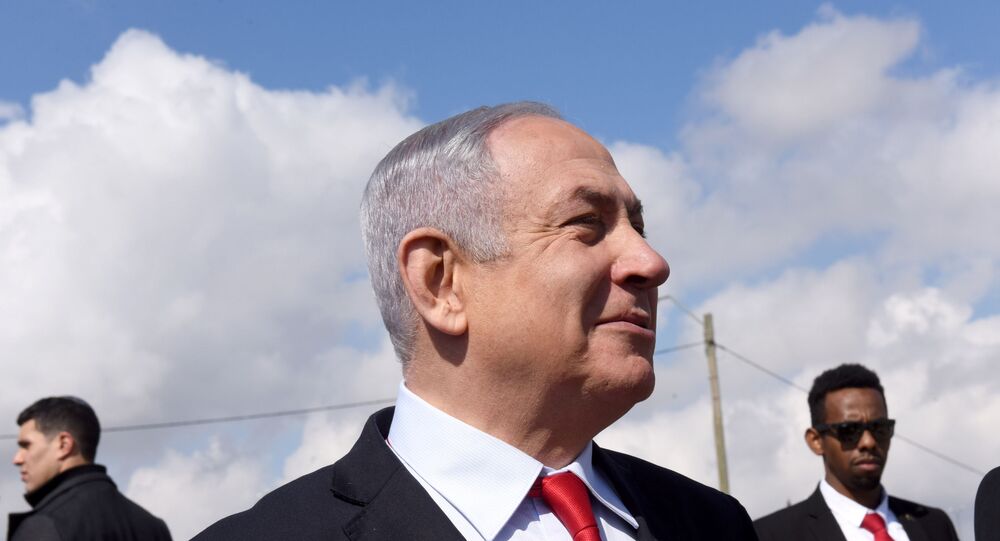 On 2 March, Israel kicked off the third legislative election in the row as the first and the second failed to result in the formation of the government. Israeli publicist Avigdor Eskin gave his prognosis on the outcome of the vote.

So far on Monday, voter turnout has become the highest since 1999 in Israel, according to Haaretz. The country's polling stations will close at 10 pm (GMT+2), immediately after that the exit polls will be released.

The September 2019 election ended up with Benjamin Netanyahu's Likud getting a nearly equal number of seats in a tight race with Benny Gantz's Kahol Lavan. However, the two major coalitions failed to form a government despite Yisrael Beiteinu's Avigdor Lieberman calls to form a unity government. It was Lieberman whose sudden withdrawal from Netanyahu's coalition in May 2019 opened the door to the stalemate.

Ahead of the March vote the media and politicians provided contradictory prognoses. Citing various pollsters the Australian Jewish News did not rule out on 27 February that Netanyahu would manage to gain 61 seats for his right-wing majority and noted that when asked who would be the Israeli next prime minister 45% of Israelis said it would be Netanyahu while only 36% said it would be Gantz.

The same day, speaking at the Maariv business conference in Herzliya Avigdor Lieberman claimed that he and Benny Gantz do not need a unity government since they would have over 61 seats without Netanyahu and the Orthodox parties in the upcoming elections.

"There is no more unity government. So we are preparing ourselves, and are ready for the day after.", Lieberman said as cited by the Jewish News Syndicate. "We want a liberal, secular coalition, and I think it’s extremely likely".

Commenting on the 2 March vote, Israeli political commentator and publicist Avigdor Eskin opines that if Israel held direct elections of the prime minister, "the victory of Netanyahu could be overwhelming".

"Netanyahu made Israel great", Eskin stresses. "This is more than a superlative. However, the current situation is complicated. We have elections the third time during one year. We can foresee the victory of the Likud and the religious parties but not landslide".

According to the Israeli political commentator, Lieberman's bravado is nothing but a thin air: "Lieberman will probably be the looser of these elections", he says. "He has made a switch from the right to the left. Many of his potential voters will punish him during the vote today as they see it in a bad light".

Meanwhile, following the vote the Israeli prime minister is expected to appear at a court hearing on 17 March as the Jerusalem District Court filed a formal indictment against him on 28 January, the day when Netanyahu withdrew his immunity request vehemently denying any wrongdoing.

The prime minister's move coincided with the announcement of the much anticipated "deal of century" by Donald Trump which shifted the media focus from the trial issue propelled by the Israeli opposition to the actual situation on the ground.

Regardless of the litigation which Eskin sees as nothing but the Israel establishment's attempt to throw sand in Netanyahu's gears, everything will depend upon the results of the elections alone, the political commentator notes.

"Moreover, if the bloc of Netanyahu will get 59 or 60 sits out of the 120, we can expect than a couple of Knesset members from Kahol Lavan or from the party of Lieberman will support Netanyahu", he foresees.

The US president's "deal of the century" may also play into the Israeli prime minister's hands. Referring to Trump's Middle East plan Eskin notes that "the proposed deal has not provoked violence but rather contributed to regional stability".

"This is one of the many achievements of Netanyahu", he highlights. "His supporters sound very optimistic today".

Israel's Political Stalemate Could Trigger Yet Another Vote