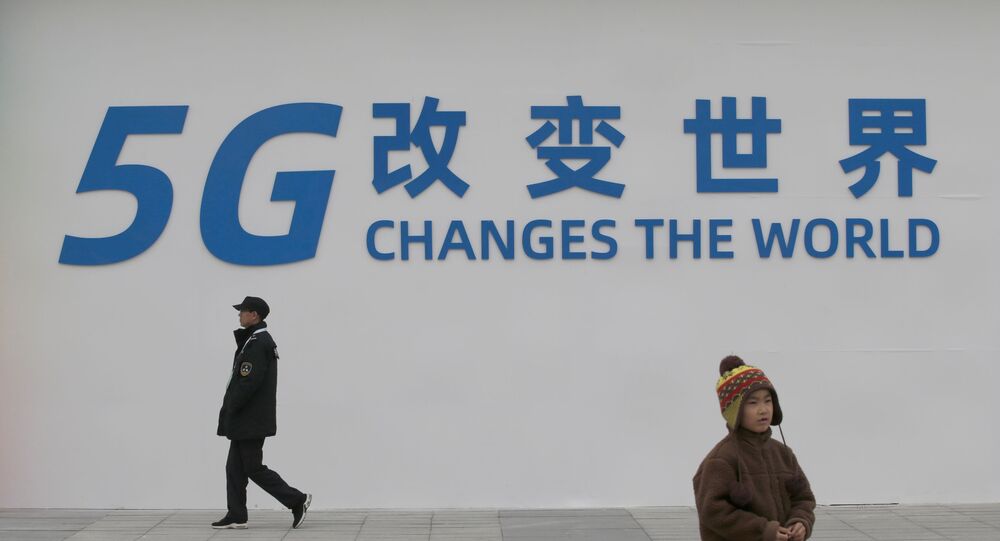 China May Take Over New Segment of European 5G Market

The first Huawei 5G mobile base station plant both outside of China, and in Europe, is scheduled to be built in France. The plant will produce other equipment as well, considering the needs of the European market. This was announced on 27 February at a press conference in Paris.

Huawei President Liang Hua didn't mention either the plant's location or the production start date. The project is being discussed with the French government and local authorities. The plant will provide France with 500 new jobs; it will also give Europe about €1 billion per year worth of equipment. At the initial stage, the Chinese corporation wants to invest €200 million in the project.

Mobile base stations to be manufactured in France are not considered the core of the 5G network infrastructure. Meanwhile, commenting on Huawei's new plans, France Presse noted that the Chinese corporation, which had suffered from the Beijing-Washington trade war, was closely monitoring Europe. Huawei is trying to make up for lost business in the US.

For its part, Reuters reported that French President Emmanuel Macron's reaction to Huawei's decision is not yet clear. He is courting foreign investors and at the same time warning of China's invasion of the EU economy.

The duality and indecision of the French authorities in the context of the US global war against Huawei is reflected in the position of the French mobile operators. France hasn't yet started deploying 5G networks, but Orange, the state-controlled operator, has already chosen Nokia and Ericsson, Huawei's European rivals, as its partners. Meanwhile, the smaller operators, Bouygues Telecom and SFR Altice Europe, whose existing networks are highly dependent on Huawei equipment, are waiting for Paris to clarify its position on Huawei.
Sputnik talked to Zhou Rong from the People's University of China to discuss the prospects of the Chinese company's new project in France as well as the possible consequences of its implementation for the European market.

"Emmanuel Macron's statements usually depend on the actual situation. Now, as the situation aggravates between France and the United States, he speaks in support of Huawei. If US-French relations soften, his tone may change. Almost all foreign operators note Huawei's strengths. Huawei's technical solutions and offers are more acceptable and economical; value for money is very good. In this sense, French companies that already use Huawei technology and hope to continue this cooperation are lobbying their interests to have projects with Huawei approved. However, even if France approves the use of Huawei technology, cooperation with the Chinese company may still be limited in areas related to defence and security," the expert said.

"Given the market conditions in Europe and with the consent of France, Germany will also support Huawei. We also remember that British Prime Minister Boris Johnson has already objected to Donald Trump on this issue. If the UK, France and Germany manage to agree on Huawei, Italy, Spain, Austria and other countries will have no reason to avoid cooperation. So far, the French side hasn't responded. We need to rely on Macron's ability to withstand US pressure. In addition to France, Huawei has chosen many other European countries for cooperation, including the Netherlands; the company wants to build plants there. Even if France's decision is not favourable for Huawei now, the Chinese company will still retain its advantages. It's unlikely that anything could prevent Huawei from entering the European market," Zhou Rong noted.

According to RISS expert Mikhail Belyaev, the new project in France is China's serious step forward to consolidate in Europe's economic and social space.

"China does this in the most effective way: it is fixed on one of the most sought-after technical areas of the future. Europe may be wary of China's growing influence. They understand that this is only the beginning of China's broad offensive in Europe. But, generally speaking, Europe has no other choice. No matter how high the historical achievements of Europe's technological development's are, of course, they are now inferior to both China and the United States in this area. And the future is a matter of technological excellence. For this reason, Europe has no choice but to cooperate with China," he said.

This position, in particular, was reflected in a set of measures published by the EU in early February to minimize the possible risks associated with 5G networks construction. The document doesn't mention any specific companies, including Huawei, whose equipment is banned. The set of rules says that states have the sovereign right to introduce their own regulatory measures in telecommunications, as well as when choosing equipment suppliers.

This approach is in tune with the UK choice. In late January, Boris Johnson's government decided that Huawei equipment can be used in radio access networks construction. In Germany, the government of Angela Merkel, which adheres to strict rules regarding foreign 5G equipment suppliers, also hasn't prohibited cooperation with Huawei.

At the same time, the US has started an extremely costly adventure against Huawei. On the day when Liang Hua announced China's new project in Europe, the US Senate unanimously voted to pay $1 billion to rural telecom operators to compensate for removing and replacing any Huawei and ZTE equipment in their networks. At the same time, it's reported that not all senators understand ​​the source of funding for these compensations, as well as of the real damage to both operators and ordinary consumers. By the way, it's more than just direct material losses when switching to more expensive equipment – this process will take at least two years.