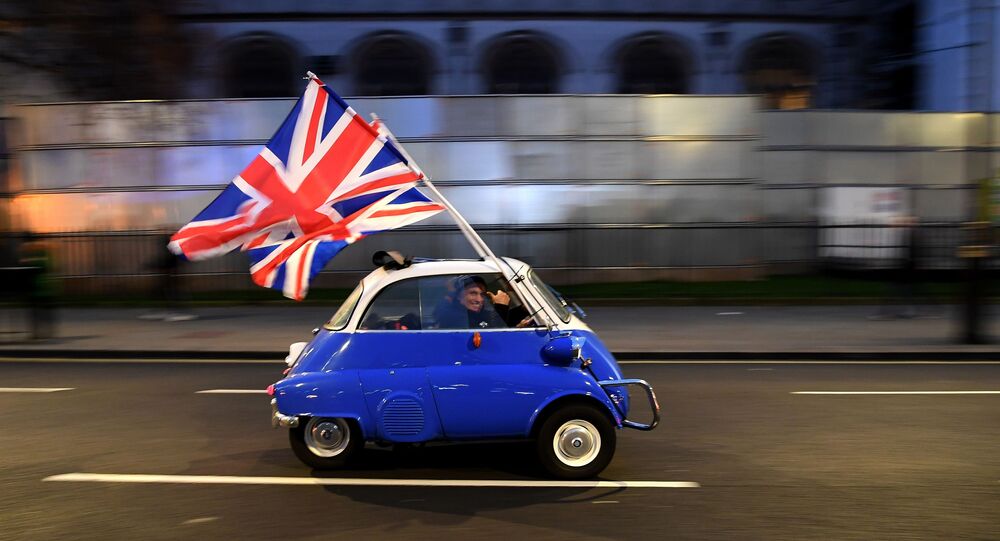 Most Businesses 'Would Have Already Implemented Their Brexit Plans' – Politician

The Confederation of British Industry has called on the UK’s government to make businesses aware about potential changes to bureaucracy after Brexit.

But just how much of an impact will leaving the EU in any form have on the British economy?

Mike Swadling from the Croydon Constitutionalists gives his views on the matter.

Sputnik: Have British businesses had enough time to prepare for Brexit?

Mike Swadling: Yes, we are talking almost four years now since the referendum, and obviously the referendum had a running period itself, businesses have had lots of opportunities, and I think that most big businesses would have already implemented their Brexit plans.

Clearly, we do need a Plan A and a Plan B at the moment, whether we are on WTO terms or on a free trade deal, but absolutely businesses should be raring and ready to go; yes there will be problems, of course, there will be, but the marketplace has a habit of sorting out business that isn’t ready for that, whether that’s Brexit or any other issue.

Sputnik: Do you think the UK and EU will be able to agree to a Canada style trade deal?

Mike Swadling: There’s a tension in the EU between the democracies, the politicians that are voted in on an international level, and the frank dictators of the EU, the Commission who think that the EU is the be-all and the end-all, not the people of Europe.

The only sensible decision for the EU countries is to have a Canada style free trade deal with the UK, but I’m not sure that they will do that, and I fear that the dictatorship in the Commission may win, but for Britain, it works either way.

Once we are out, we can free ourselves from that, but I’m not one hundred per cent confident, but there is no reason why it couldn’t happen, but it just depends on whether the EU has any vestiges of democracy left in it or not.

Sputnik: Would a reversion to WTO rules be worse for the EU or the UK?

Mike Swadling: The EU exports more to the UK than we export to them, we are in a trade surplus with the countries that we trade with under WTO rules, and we are in a trade deficit with the EU, so economically we would be in a better position.

Our businesses have had four years to prepare for it, and I think we will be pretty well off from that, whereas the EU and the Eurozone are in such a muddle at the moment that any economic shock could well tip them over the edge.