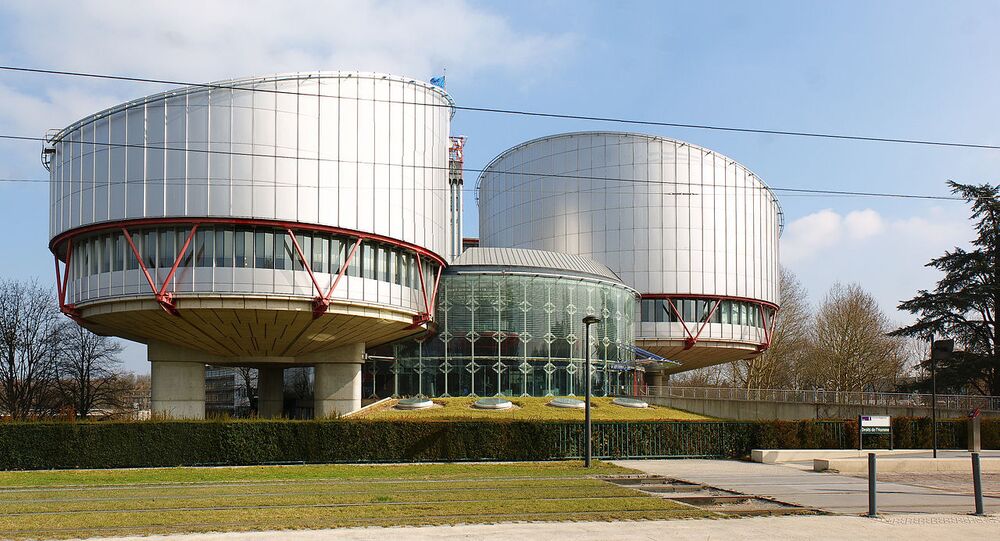 As Julian Assange’s lengthy extradition hearing nears, numerous obstacles have arisen capable of blocking his deportation to the US, including changes in UK law and powerful human rights laws in Brussels - if the case, or Assange, can make it that far, a journalist told Sputnik on Thursday.

The WikiLeaks co-founder’s extradition hearing begins on Monday as his health continues to wane. However, amid all this, news has emerged that a former US congressman privately offered to get Assange’s charges dropped in August 2017 in exchange for exposing the source for published Democratic National Committee (DNC) emails.

Dana Rohrabacher, a former California Republican congressman who nearly became US President Donald Trump’s first secretary of state, settled swirling claims and rumors on Wednesday with a statement, clarifying that he’d made the offer of his own volition and not at Trump’s request.

“Upon my return, I spoke briefly with [then-White House Chief of Staff] Gen. [John] Kelly. I told him that Julian Assange would provide information about the purloined DNC emails in exchange for a pardon. No one followed up with me including Gen. Kelly and that was the last discussion I had on this subject with anyone representing Trump or in his Administration,” the statement continued. "Even though I wasn't successful in getting this message through to the President I still call on him to pardon Julian Assange, who is the true whistleblower of our time.”

Whether the offer was made or not, “this goes against WikiLeaks’ basic ethical tenets,” independent journalist Diani Baretto told Radio Sputnik’s Loud & Clear Thursday. “It would never discuss a source.”

“Remember, this is at a time when the Trump campaign was being investigated for collusion and tampering in the election … and [Rohrabacher] was trying to exonerate the president and the campaign, I think. And he was floating this idea, and when he did go to meet Julian allegedly might have floated the idea and see how maybe Julian might have reacted,”  Baretto noted.

“Apparently he said - you can take it with a grain of salt - that he had seen ‘earth-shattering information’ re: those documents. But he could not say what it was, and he refused to talk about what kind of materials would be required for this kind of deal to actually happen if President Trump were willing to give him that pardon.”

“Again, this is a lot of noise, and people are getting it wrong: he was not asking for a pardon, it was the other way around. I think Rohrabacher was clearly trying to broker this deal. And another thing, is people are also saying is, it sounds like a bribe, basically,” she said.

Baretto noted the hearings for Assange’s potential extradition to the United States begin on Monday and will cover the charges against him as well as his present physical and mental state after being held in London’s Belmarsh Prison for close to a year. The conditions he has faced have been protested by doctors, activists and the United Nations special rapporteur on torture.

In the US, Assange faces 18 charges, including conspiracy to commit computer intrusion and 17 charges under the 1917 Espionage Act, all relating to his publishing of US Army documents stolen by then-Army intelligence analyst Chelsea Manning that proved the US government had covered up war crimes committed by US troops.

“It’s a political crime: espionage is, by definition, a political offense and so, therefore, it goes against so many conventions in the EU [European Union] body of law,” Baretto explained, noting that while the UK has since left the EU, it remains a signatory to those binding conventions, as well as a member of the Council of Europe.

The journalist noted that 2012 extradition reforms initiated by then-UK Home Secretary Theresa May together called “the forum bar,” could be the key to blocking Assange’s deportation to the States. Now established as Section 83A of the Extradition Act 2003, the measure enables British courts to halt extraditions if the UK is the more appropriate place for the case to be prosecuted. The law was introduced explicitly to stop “exorbitant jurisdiction” by Washington over the British legal process, which critics pressuring the UK government argued was proof the US-UK extradition treaty was imbalanced in Washington’s favor.

“The best known example of such cases was that of Gary McKinnon, who (according to some reports) faced up to 70 years in prison in the US for computer hacking crimes that had allegedly been committed entirely in the UK,” UK Human Rights Blog, a website run by the law firm 1 Crown Office Row, wrote in 2018. “McKinnon had never visited the US, and given his mental health vulnerabilities, there were serious concerns that his extradition would violate his human rights.”

“This should fall apart at the the seams,” Baretto said about the case for Assange’s extradition, especially given the treatment he’s already received in the British prison system, which she noted has abused his right to communicate with doctors and to access materials on his trial. However, Baretto thinks many judges have been “captured” by the special relationship with the US.

“It’s not going to be decided in this round. Whoever loses or wins is going to appeal anyways. It would have to go to the second instance, which means a higher court in the UK. Let’s see how those judges” rule, “and then it’s going to have to go to the European Court, and by no means is that going to be allowed. It is literally soiling and defacing the most sacred, sacrosanct, votified human [rights] laws in the European body of law. They’re not going to let the UK do that.”

However, Barreto cautioned, “I’m not sure he can survive that. They have said this week, ‘No, he’s going to remain in prison the whole time.’”