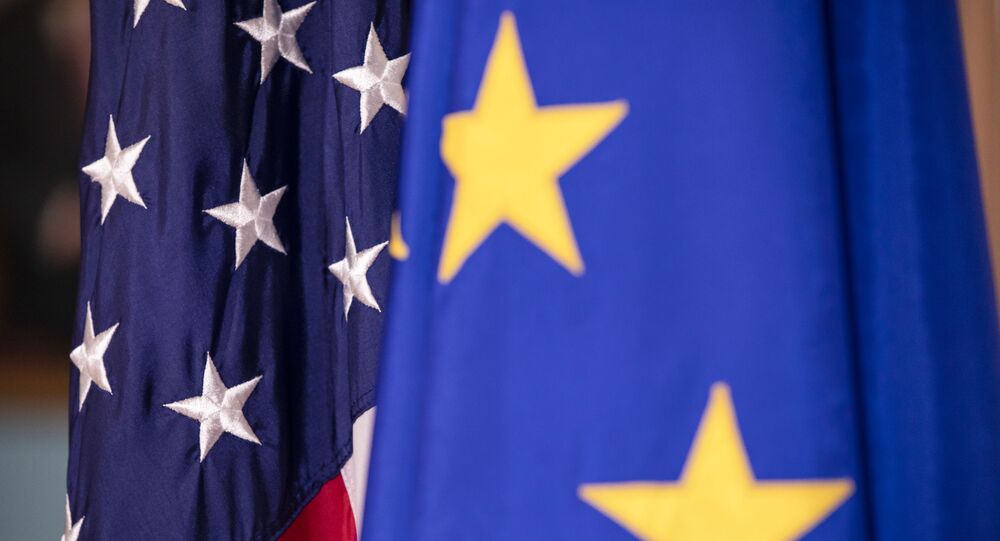 Trust Issues? 'US is Not Going to Solve Geopolitical Crises Around Europe Anymore' - Scholar

The recent Munich Security Conference has faced the issue of a lack of common understanding between the US and European countries but, according to top EU diplomat Josep Borrell, the bloc also needs to develop a political will of its own in order to implement its foreign policies.

Roberto Castaldi, the director of the Research Centre on Multi-Level Integration and Governance Processes at the eCampus University, who also serves as the research director of the International Centre for European and Global Governance, has explained what is stopping the EU from resolving major security threats and what the bloc's options are.

Sputnik: The EU's top diplomat Josep Borrell has told politicians and diplomats at the Munich Security Conference that the bloc has to do more than express concern and make comments in international crises. How can this existing attitude be changed? What should the EU do in order to "develop an appetite for power" as Josep Borell stressed?

Roberto Castaldi: First of all, it should be realised that the international environment is today much more requiring than before. There are plenty of crises and threats all around Europe, and there are actors such as Russia or Turkey that are increasingly assertive. They share their spheres of influence in Syria and now want to do the same with Libya. So this is clearly a challenge for the EU, whose security is strictly related to the Middle East and North Africa area.

But what the EU missing is an effective decision making – nowadays a unanimity is required for foreign policy and security policy decisions, while a qualified majority voting is essential for the EU to be able to take decision in a decent time - and of course, military integration - one of the reasons why the EU has very little military capability - the EU and also its member states have very little military capability is because of the duplication of expenditure due to the fact that there are 27 armies, aviation etc., while a single EU military would be much more effective and much less expensive.

So the EU has great potential, but so far has not reached the political will and hence the decision about the decision making, integration of the military, which is required for the EU to be able to project power to have a role in the main crises all around its borders.

Sputnik: In your view, what might this new strategy look like? How united will the bloc's position be, given disagreements on a number of foreign policy issues?

Sputnik: How independent can EU policies be of the US? Can they "develop an appetite" to disagree with one of the group's key allies?

Roberto Castaldi: The point is that, as Emmanuel Macron pointed out, it is difficult for the EU to trust the US anymore. The reason why there are so many geopolitical crises around Europe is because that the new hegemonic struggle at the world level is between the US and China. And this means that the strategic focus of the US shifted to the Pacific and it is for good.

So the US is not going to solve the geopolitical crises around Europe anymore.

This forced Europe to take upon itself the task of becoming a provider, rather than a consumer of security. That's the key issue – it's not about the fact of being in favour or against the US, but about understanding that the US has no interest anymore, or less interest than before with the Middle East and North Africa and European area.

© REUTERS / Aris Oikonomou/Pool
High Representative of the European Union Josep Borrell waits before a meeting of the EU-Western Balkans Summit at the EU headquarters in Brussels Belgium February 16, 2020

And this increased the burden on Europe. So if the European Union will become able to act together, it will become a relevant actor and will also be able to be more autonomous from the US. Also, because Europe risks remaining squeezed between the US and China on the world stage, and from the assertiveness of Russia and Turkey in the neighbourhood.

So it is key for Europe to become an actor on the international level, both at the regional and from a global perspective.