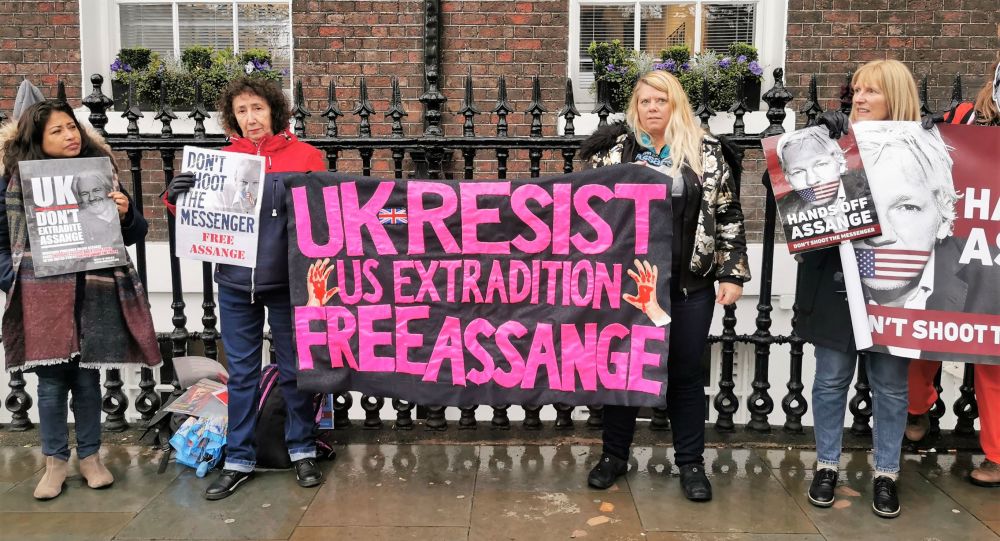 Demonstrators gathered outside Chatham House in London on Thursday to protest the extradition of a prominent Wikileaks investigative journalist during a key Chatham House speech on press freedom.

A representative of the Julian Assange Defence Committee discussed why the group was protesting outside one of London's biggest international affairs think-tanks, as well as context behind the speech in relation to the ongoing trial of WikiLeaks founder Julian Assange.

Sputnik: Why is the JADC protesting outside Chatham House today? Who is speaking and why?

JADC: Amal Clooney and others are speaking here today about press freedom and whether sanctions should be imposed against countries who are curtailing the rights of journalists.

Julian Assange is a journalist and publisher, and as you know, he's currently on remand in Belmarsh Prison in Woolwich. His trial starts on the 24 February and we are demanding his freedom.

He should not be extradited to the [United States], where he will never face a fair trial. He is looking at charges that will incarcerate him for 175 years. Even those held for human rights offences across the world do not face 175 years.

This is an absolute outrage for all members of the public, particularly journalists. It will mean the end of investigative journalism because it will mean that publishers and journalists can be prosecuted in an unfair way, anywhere in the world, at the behest of what is nothing short of a dictatorship.

Sputnik: Mrs Clooney is speaking in Chatham House today to discuss how states can use sanctions to protect the rights of journalists. What can the UK government do to protect Julian Assange?

JADC: There were questions in the Houses of Parliament yesterday, asked by Jeremy Corbyn. Boris Johnson was asked these questions, and answered that he fully supported the freedom of journalists. 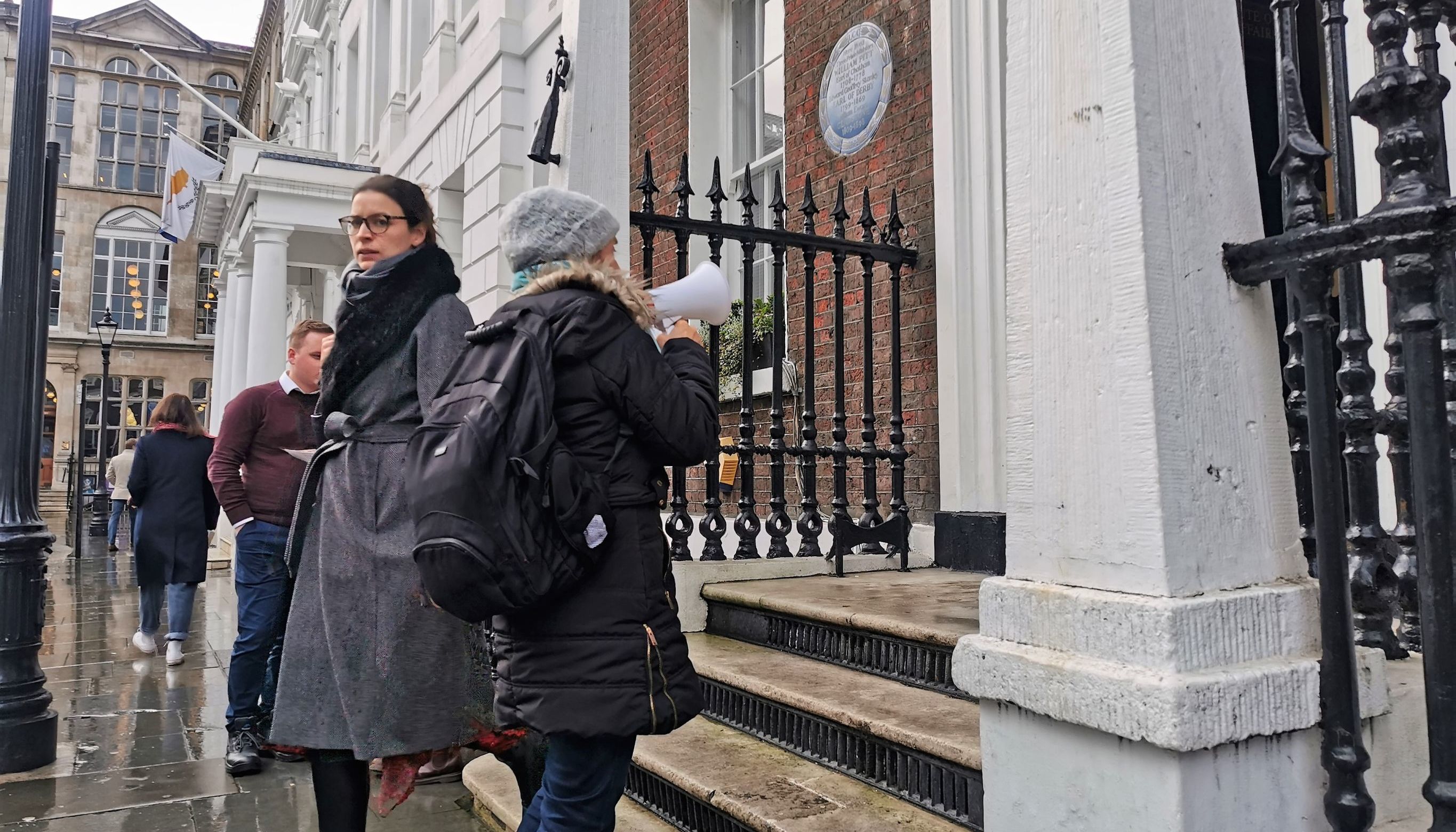 © Sputnik / Demond Cureton
Demonstrators from the Julian Assange Defence Committee gather outside Chatham House in London on 13 February, 2020.
Well, one would think that he would given that he's one himself. Boris needs to intervene and ensure that Assange is not extradited and that he isn't some sort of lapdog where journalists and their human rights are given away to the US.

Sputnik: Is there anything that you would like to add?

JADC: This is a shoutout to Amal Clooney. We have a demonstration taking place on the 22nd of February, outside of Australia House, as well as a march to Westminster. Please join us and bring your influential friends. We'd like to see you outside Belmarsh Prison and Woolwich Crown Court on 24 February at the beginning of Julian Assange's extradition hearing.