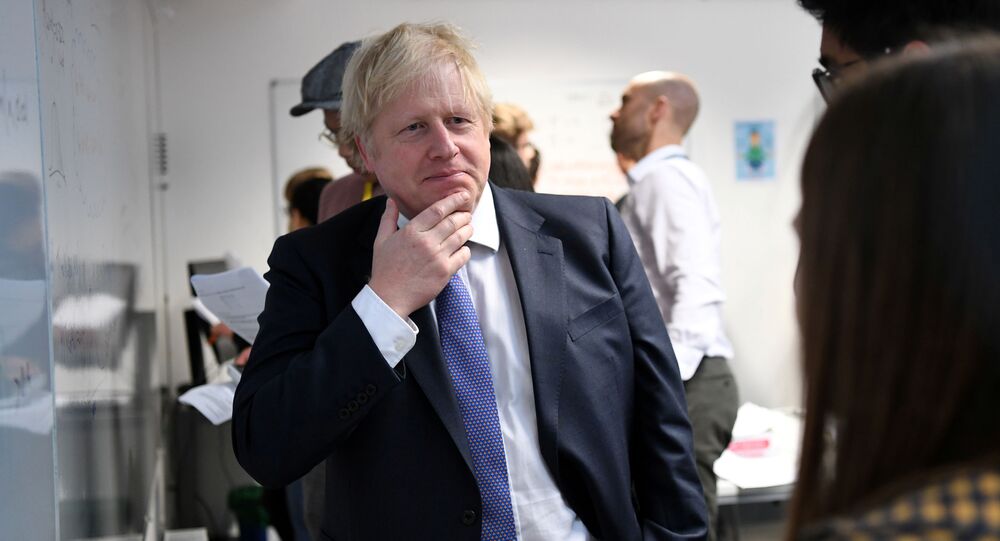 While the UK and EU are negotiating a bilateral trade agreement, the Johnson government has started laying the groundwork for Britain's independent economic development by pushing ahead with a "freeport" plan. European academics have weighed up the pros and cons of the UK's new strategy.

On Monday, the UK government kicked off a 10-week consultation on the establishment of up to 10 free port zones in the country to boost growth and seize on the opportunities Brexit has presented. It is expected that the location of the new zones will be announced at the end of this year to make them operable in 2021.

According to the government website, the 2020 free ports model offers a vast number of benefits, including:

·         "goods brought into a freeport do not attract tariffs until they leave the freeport and enter the domestic market";

·         "when raw materials are imported and processed into a final good, duties are only paid on the final good";

Additionally, the "freeport zone" does not necessarily have to be located in a port. However, the idea of Singapore-style free ports – formulated by Boris Johnson during his November 2019 campaign – has come under heavy criticism from the European Union, which suggested that the endeavour could be "potentially vulnerable to money laundering or terrorism financing".

Freeports Untie Hands of Employers, May Become Havens for Fraud

According to Charles Woolfson, professor emeritus of Labour Studies at the Institute for Research on Migration, Ethnicity and Society at Sweden's Linköping University, by implementing the Freeport project Johnson is seeking "to realise full ‘regulatory divergence’ from EU controls – the glittering prize of Brexit".

"These free ports will be situated mainly in declining and ‘left-behind’ parts of the UK such as Teeside," the academic elaborates. "Such zones are not specifically precluded by EU regulations, although it is true to say that they are regarded by the [European] Commission as potential havens for counterfeiting goods and money laundering."

He notes that there are currently over 80 free ports in the EU, the majority of which are located in the newer member states of Eastern Europe. In January 2020, the European Commission introduced new regulations governing freeports obligating national authorities to take measures to identify and report suspicious activities at the freeport zones, citing a "high incidence of corruption, tax evasion, and criminal activity".

In addition, the freeport project could also shield employers from employment protection and minimum wage legislation, the professor warns. According to him, the UK government is seemingly committed to "a ‘low-road’ of hyper-exploitation of the workforce rather than upscaling skills and productivity through planned strategic investment".

"They will be the forward positions in a greater national project of wholesale deregulation, accompanied by comprehensive labour subordination, UK-apore as one big free port," Woolfson suggests.

Why the UK is the Preferred Choice Among EU Investors

For his part, Christopher Bovis, a professor of international business law at the University of Hull, opines that the UK is on the right track and has all the preconditions for boosting its competitiveness.

"The UK government will pursue successful and progressive international trade relations, particularly in the outward investment front," Bovis says. "The relations between the UK and third countries across the world are deeply rooted for many decades and reflect a model which has unparalleled application with other international partners and countries, especially in the European Union and the European continent."

He elaborates that the UK has long been "the preferred choice amongst EU countries" for foreign investments due to:

·         the accessible regulatory regime of mergers and takeovers;

·         the availability of a spectrum of investment opportunities ranging from mega-deals to middle-market transactions and small deals.

According to him, this trend is by no means accidental: "It started over three decades ago with the liberalisation of network industries in the UK", the academic highlights, "particularly the utilities sector, and paved the way for the emergence of private equity and risk capital in primary and secondary investments in infrastructure and also directly in industrial sectors".

Bovis emphasises that the UK has "a very investment-friendly regulatory regime", adding that it also serves as a springboard for EU-wide capital investment through private equity and sovereign funds.

Meanwhile, the freeport plan has triggered criticism from the country's left-wing politicians: John McDonnell, a parliamentarian from the Labour Party and shadow chancellor of the exchequer in the shadow cabinet of Jeremy Corbyn argued that "there is very little solid evidence that so-called freeports create jobs or boost economic growth".

"This plan only represents a levelling-up for the super-rich, who will use freeports to hoard assets and avoid taxes while the rest of us feel the effects of under-funded public services," he said, branding Johnson's initiative a "revival of a failed Thatcherite plan from the 1980s designed to cut away at regulation and our tax base", as quoted by the Guardian.

Secretary of State for Business, Energy and Industrial Strategy Andrea Leadsom does not share this stance: "Freeports represent a fantastic opportunity for our businesses to increase their trade with companies from all over the world," she insists.