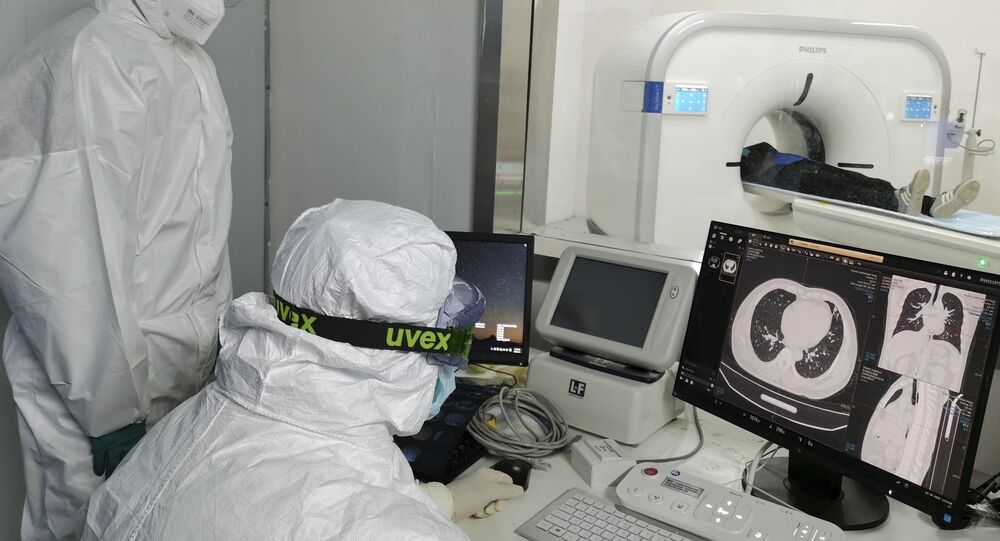 Despite the Western media’s coverage of China as ineptly responding to the COVID-19 coronavirus, the country’s response has been quick and unprecedented in comparison to Western countries’ responses to other life threatening viruses, KJ Noh, a peace activist and scholar on the geopolitics of Asia, told Sputnik.

“The Chinese were well prepared and well coordinated because of their experience with SARS [severe acute respiratory syndrome], and they had a centralized database and a control tower. Doctors were able to send their information directly to the centralized database, and they were able to react very quickly. They isolated identified sequences, and they took public action on this in a matter of days,” Koh told Loud & Clear host Brian Becker on Wednesday.

The Chinese government has also built two hospitals in the city of Wuhan, where the virus is believed to have originated, since the outbreak was identified. Last week, the 1,600-bed Leishenshan Hospital in Wuhan was finished after a short eight days, and Huoshenshan Hospital, which houses 1,400 beds and was built in just 10 days, began treating patients from the outbreak’s epicenter.

The Chinese government’s construction of the two hospitals in such a short amount of time is “extraordinary,” Koh noted.

“It really is setting new standards of public health response. But as you point out, everything the Chinese do is just being used as a pretext to attack them. Before, they were acting with caution because this was the middle of the Spring Festival where billions of people travel, and so they were acting with precaution and care. And [Western media]  alleged that they were covering things up, and now that they are moving quickly to respond, they’re being accused of theatrics and human rights violations. So, whatever they do, they can’t win,” Koh explained.

Last Tuesday, ophthalmologist Li Wenliang, who is believed to be one of the first doctors in Wuhan to warn the public about the spreading infection in December, died at Wuhan Central Hospital after a coronavirus diagnosis.

In a February 7 report by the New York Times, the outlet claims that “Dr. Li was reprimanded by the police after he shared concerns about the virus.” However, according to Koh, that’s not entirely true.

“He did not sound a warning, as the New York Times alleges. What he did was he shared some information with seven school colleagues on a private messaging group, and he also shared confidential medical information. In the US, this would be considered a HIPAA [Health Insurance Portability and Accountability Act] violation. This is all that he did. And then he was called into the police, and the police pointed out, correctly, that he had said this was SARS, which it was not, and he had no expertise or authority to claim it was SARS. So, he apologized and wrote a letter retracting it and saying he wouldn’t do it again. So, this is far from the diabolical arrest and cover-up that led to a catastrophe.”

“The fact is, at the time, the Chinese authorities had already received the message. This notification had already gone out to the Chinese CDC [Centers for Disease Control and Prevention],” Koh explained.

“It was actually a respiratory and urgent care doctor who had already notified the Chinese government, and they were taking measures and investigating and doing their due diligence. At the same time, we have to remember, this was the Spring Festival, which is a Chinese equivalent to News Year’s, Thanksgiving and Christmas rolled into one. At the time, there was no clear evidence of human-to-human transmission. It didn't happen until two weeks later; there had been no fatalities. The first fatality was 10 days later, and even as the casualties started to appear, most of the casualties were older people with serious comorbidity,” Koh told Sputnik.

The Western media’s coverage of the virus has been “atrocious,” Koh added.

“Essentially the framing is that authoritarian, hidebound bureaucracies cannot respond appropriately, and every single example is trumpeted and exaggerated … the response of the Chinese government has been extraordinary. These are some of the fastest responses in modern epidemiological history. If you compare it to the responses in capitalist societies, MERS [Middle East respiratory syndrome], Ebola, H1N1 [swine flu] - these have seen an endless catalog of catastrophes in France, in the US.  To harp on this, in San Diego, in 2009, there was an H1N1 pandemic that took the government six months to declare an emergency, and as a result of that, somewhere between 150,000 to 575,000 people died [worldwide] as a result of this inaction. Truly, the double standards are incredible,” Koh added.