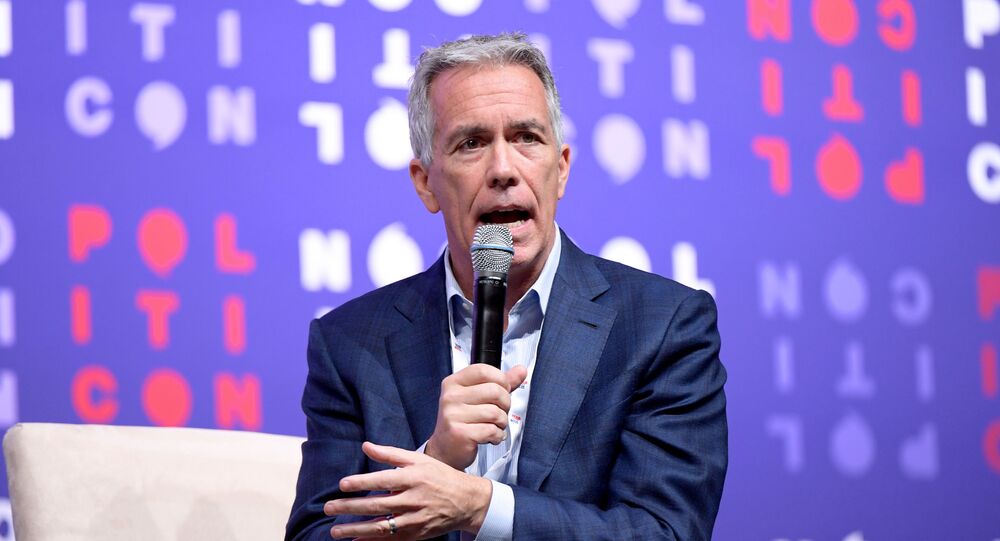 Joe Walsh 'Probably Never Expected to Be President', Wanted to 'Air His Objections' to Trump - Prof

On 3 February, ex-US Rep. John Walsh lost the 2020 Iowa Republican caucuses to Donald Trump, in what was an overwhelming victory for the current US president. Walsh's swift wrapping up of his campaign and his harsh criticisms of President Trump raised questions about what could be the real motives behind his presidential bid.

Daniel P. Franklin, a political scientist and Associate Professor of political science at Georgia State University, has shared his views on the matter.

Sputnik: Joe Walsh has announced the end of his challenge against Donald Trump for the 2020 Republican presidential nomination after the major loss to Donald Trump in the Iowa caucus and sharply criticised the president and the Republican Party. How would you assess his rhetoric? Is there a rationale behind his claims?

Prof. Franklin: I have discussed in the past the reasons why long-shot candidates run for the presidency.  Joe Walsh probably never expected to be president, but what he wanted to do was air his objections, as a Republican, to the Trump presidency.

While the Republican Party is solidly behind President Trump, it is a lot smaller than it was when he took office. Walsh represents the wing of the party that has dropped out (10 to 20 percent of the total). Trump has deviated from traditional Republican policies and norms.

Therefore, some members of the party have left and now have nowhere, in the political sense, to go.  And just because they disagree with Trump doesn't mean they are willing to become Democrats. Walsh represents that group. His rhetoric represents the views of the so-called "never Trumpers".

Sputnik: Why couldn't he beat the sitting president?

Prof. Franklin: It's almost impossible to beat a sitting president for his own party's nomination. The president has plenty of support and money. For Congressman Walsh, his opposition to the president would mean that he would have problems raising money. Why would anyone donate money to a losing cause and at the same time alienate a sitting president? So, without money to finance his campaign, Congressman Walsh faces the choice of dropping out or potentially bankrupting his family.

Sputnik: With the current announcement by Mr Walsh and the Democrats' Iowa chaos, how high are the chances of Donald Trump's reelection?

Prof. Franklin: It's been a good week politically for Donald Trump. I would put his chances of reelection at this point at much better than 50/50, perhaps in the range of 60 percent.

In the 2020 Iowa Republican caucuses, Trump obtained 97 percent of the vote, while his challengers Walsh and former Massachusetts Gov. Bill Weld gained 1.4 percent and 1.2 percent, respectively.

The caucuses came amid the impeachment proceedings against POTUS, who was finally acquitted by the Senate earlier this week.

Despite suspending his election campaign, Walsh still pledged to continue his fight against "the Cult of Trump". He said that the fight is "just getting started" and that he was devoted to defeating Trump and his "enablers" on 3 November, when the looming 2020 US presidential election is scheduled to take place.